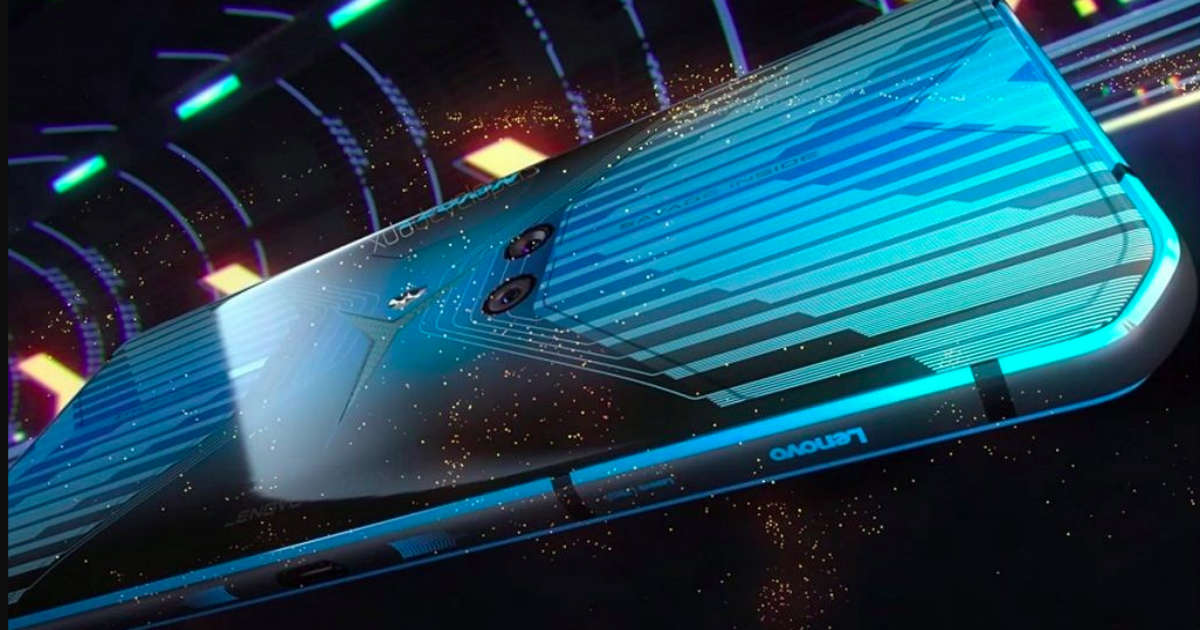 Lenovo Legion gaming phone is expected to launch later this month. It will be among the first smartphones to feature the new Snapdragon 865 Plus chipset. The Lenovo Legion is rumoured to come with a side-mounted pop-up selfie camera, dual-rear cameras, and Y-shaped engraving to represent the Legion brand and a 3D texture finish. Now, the Levono Legion gaming phone with maxed out specifications has appeared on AnTuTu benchmark. The handset has managed to score a whopping 648,871 benchmark score. 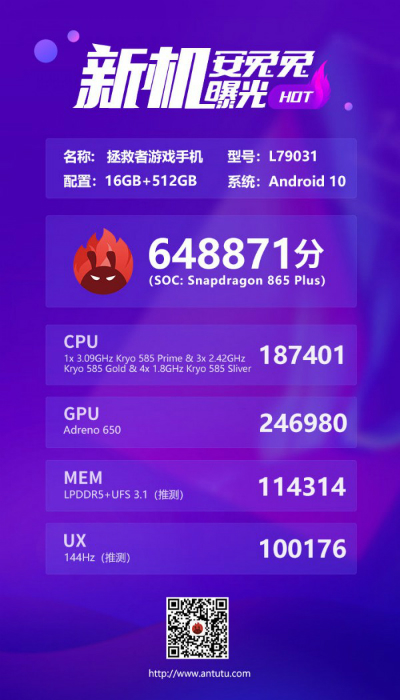 The Lenovo Legion with the model number L79031 is said to ship with a full HD+ display, 2,340 x 1,080 pixels resolution. The gaming phone will feature a whopping 16GB of LPDDR5 RAM and 512GB UFS 3.1 storage. The phone will arrive with the 3.1GHz Snapdragon 865 Plus SoC, which will offer 10 percent faster performance compared to the Snapdragon 865 chipset. The Lenovo Legion is tipped to run Android 10 OS and will sport a 144Hz refresh rate. However, we aren’t particularly sure if it would have an AMOLED panel.

Going by the promotional images, the Lenovo Legion gaming phone seems to be designed for landscape mode use. It is said to pack a 64MP primary sensor and a 16MP wide-angle lens. The front will house a 20MP snapper for selfies and video chats. The phone may house a 5,000mAh dual-cell battery design with a super fast 90W fast-charging support, which is said to charge the phone completely in just 30 minutes.