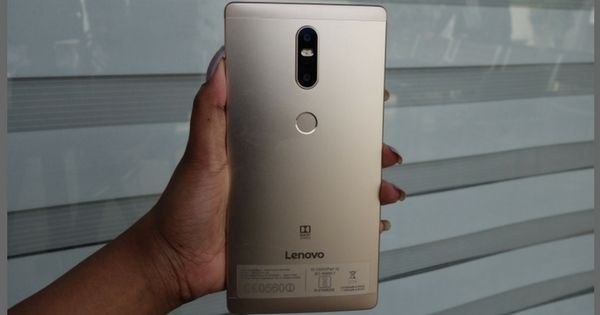 “The Lenovo PHAB 2 Plus sports a large 6.4-inch display with full HD resolution” 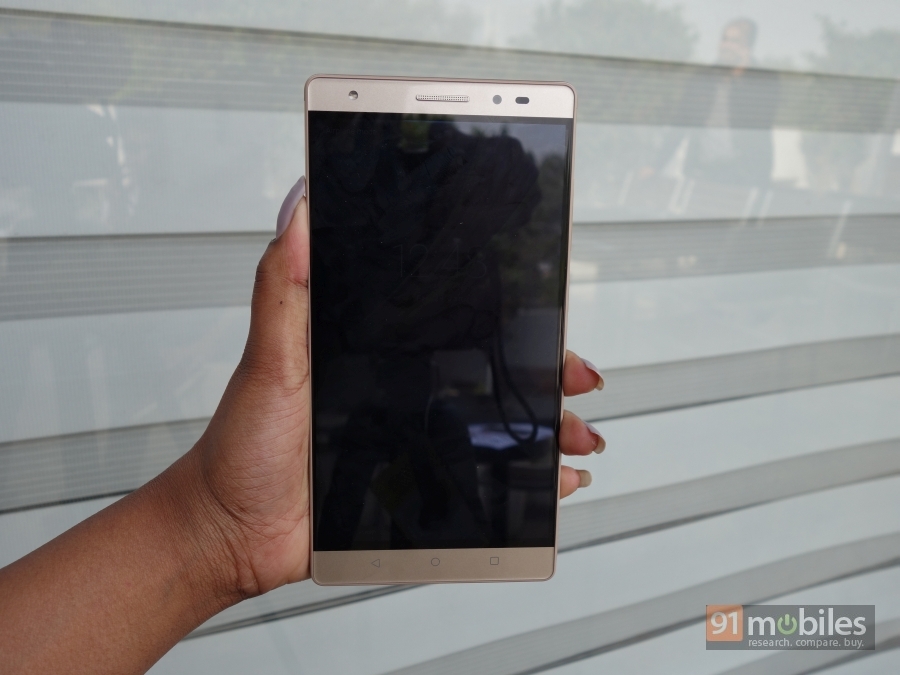 In an attempt to cater to the exponentially increasing number of users who prefer to consume a lot of media on large-screened devices, Lenovo today launched the PHAB 2 Plus, a 6.4-inch phablet. Priced at Rs 14,999, the device targets niche users… a segment the company believes is only going to grow. We got some time to play with the smartphone and here are our first impressions. 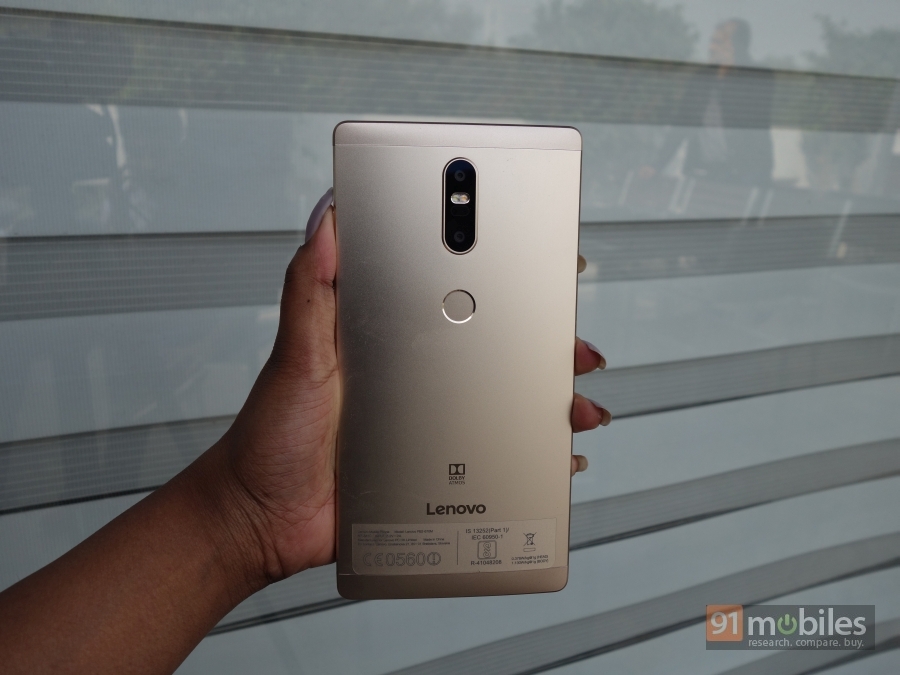 Complying with the trend, the PHAB 2 Plus sports a full metal unibody design. The handset look nice and the build quality felt solid. Since a 6.4-incher is not meant to be used with a single hand, we’ll only comment about the grip the phone offers, which is good enough for you to not drop it. 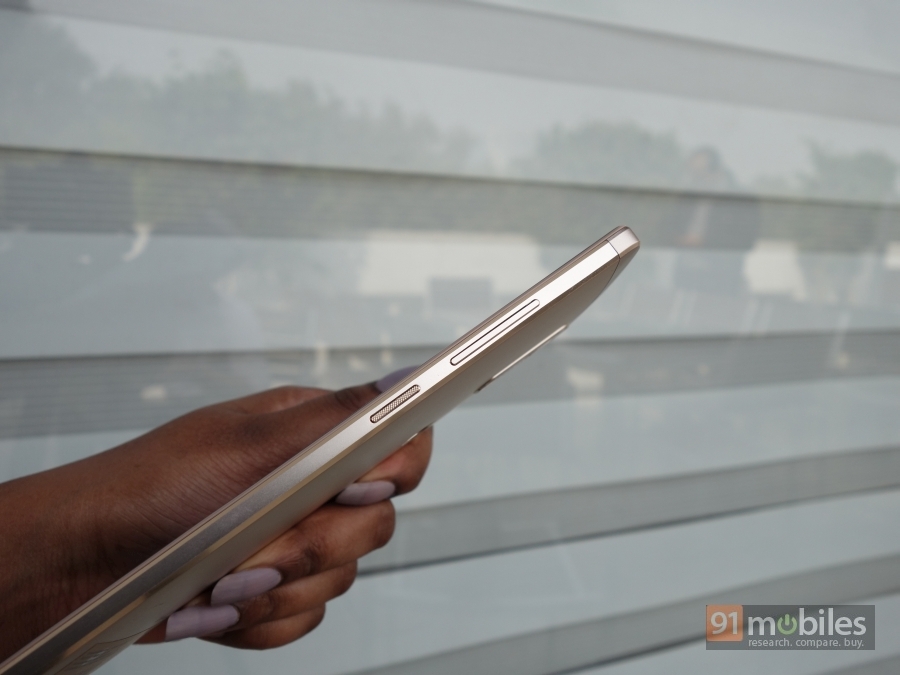 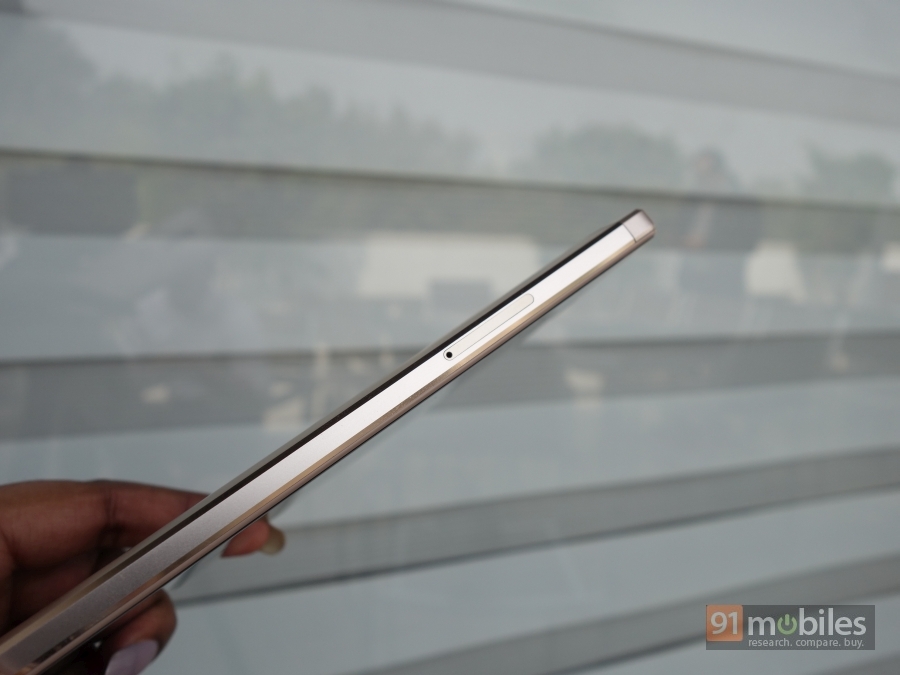 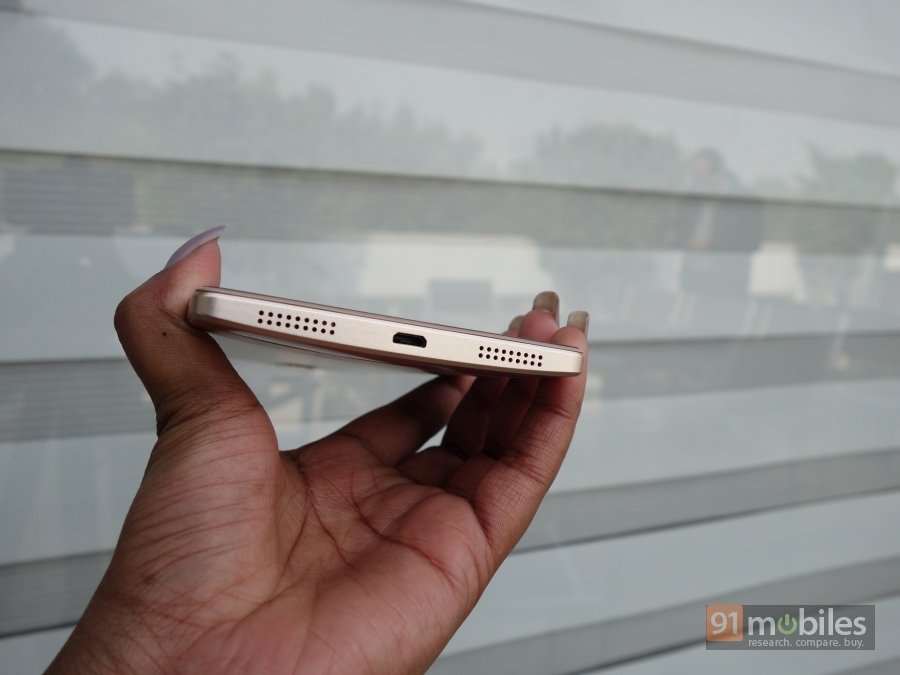 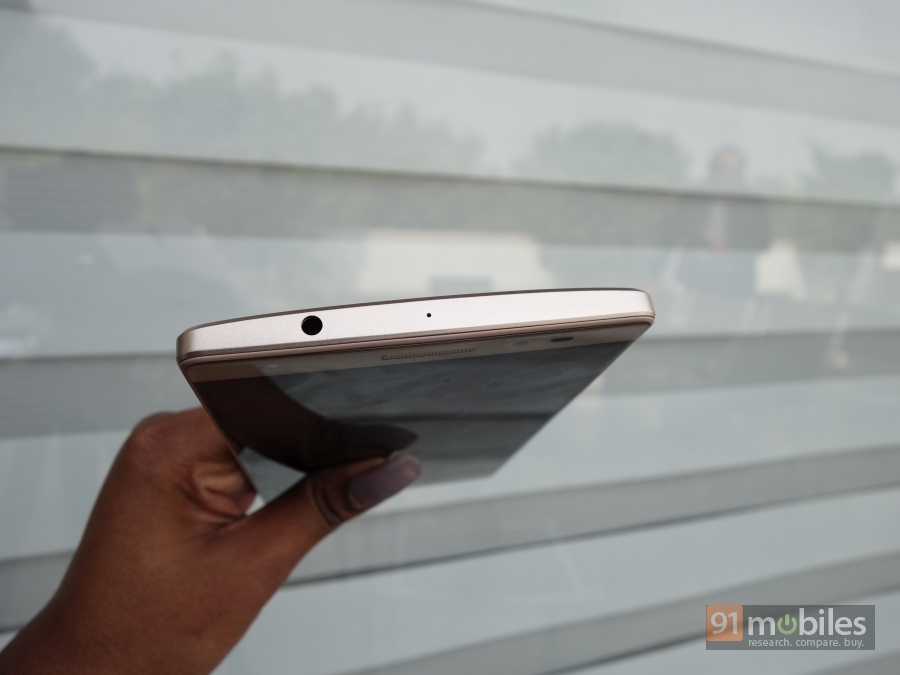 With its standard port placement, a rather boxy chassis, and the usual champagne gold colour, the device design might not draw a lot of attention to your phone, but the size definitely will. And the phone comes in a Gunmetal Grey variant as well, just in case gold doesn’t float your boat.

The 6.4-inch screen gets full HD resolution and while the numbers might have you believe that it does not look as sharp, it looks decent. The colours were rich too. However, the screen brightness had us in doubt, since the display on our demo unit looked reflective and a tad washed out despite full brightness, but we’d want to wait before we get to review the device before passing judgement.

Under the hood, the phone gets an octa-core processor by MediaTek assisted by 3GB of RAM. Since the phone is not meant for power users in the first place, the processor configuration seems good enough for daily usage. Our short session with the phone felt snappy enough. 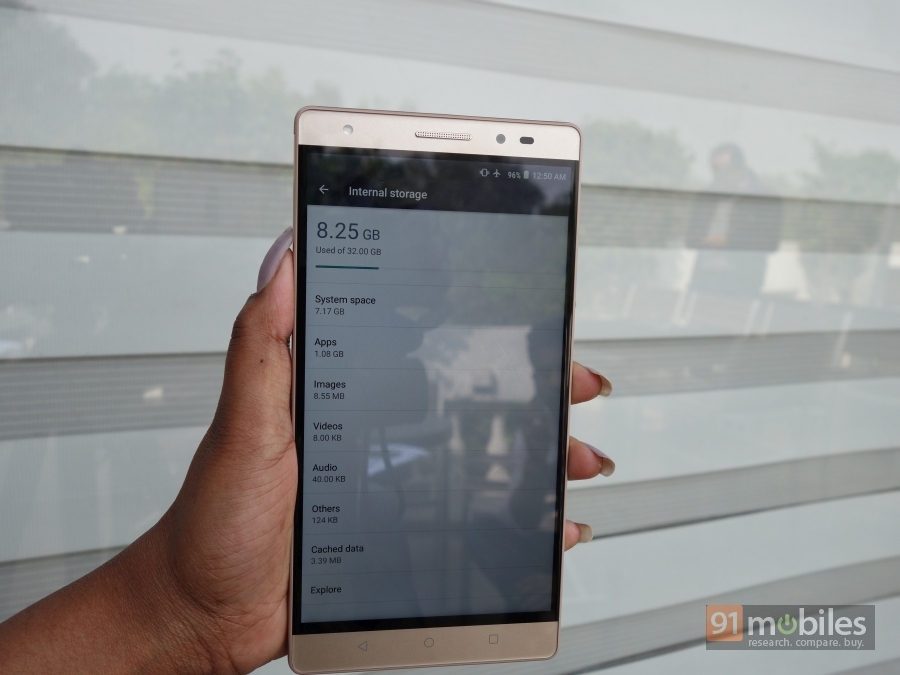 There is 32GB of built-in storage on thePHAB 2 Plus out of which approximately 25GB is usable, and you get microSD card support along with USB OTG capabilities to expand the storage. 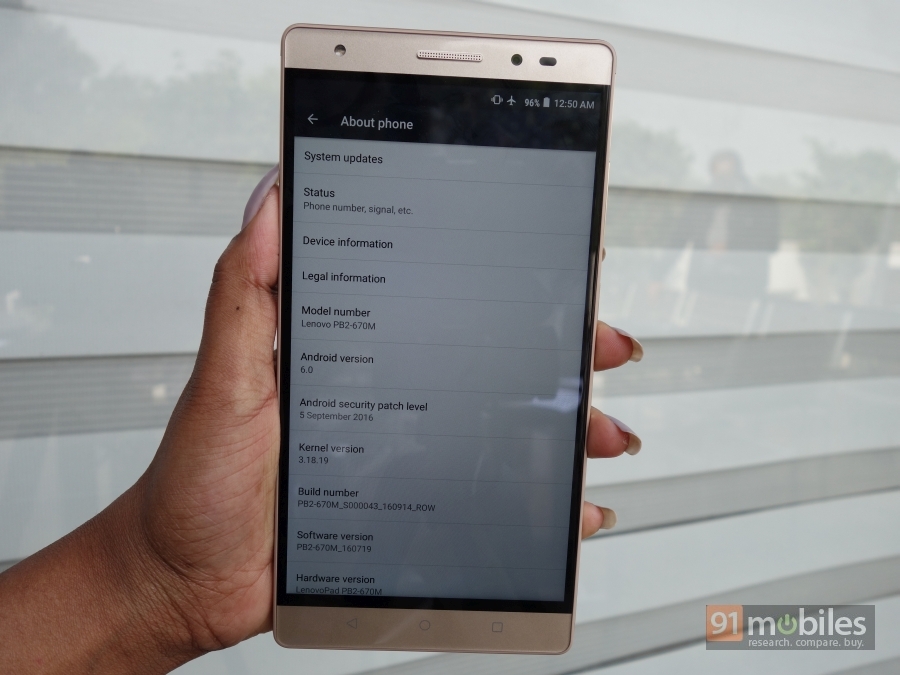 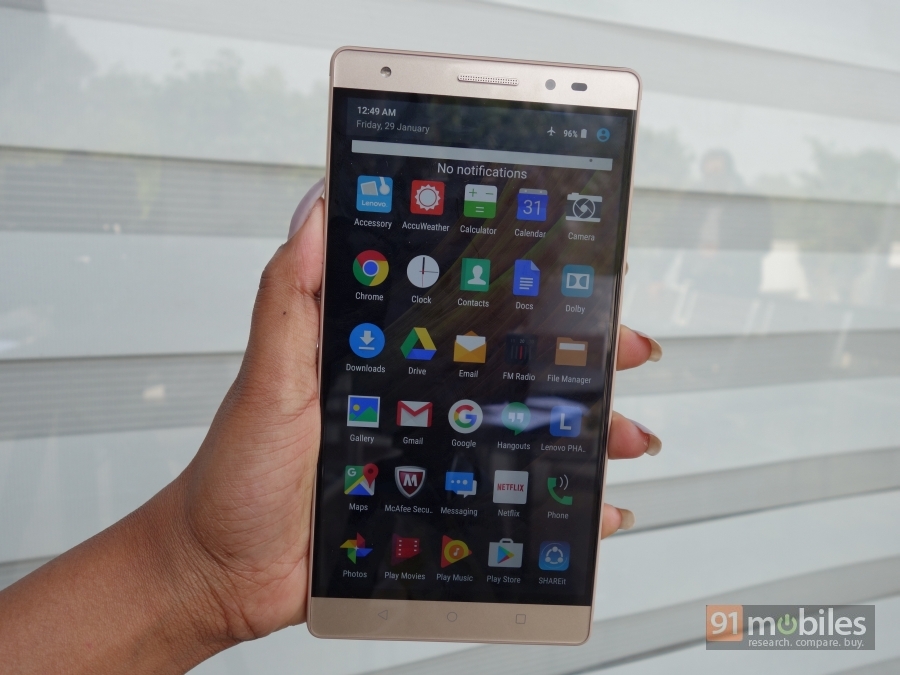 The phone runs Android Marshmallow out of the box and the UI remains mostly stock. There were a few preloaded third-party applications, including McAfee Security, Netflix, and Swiftkey. 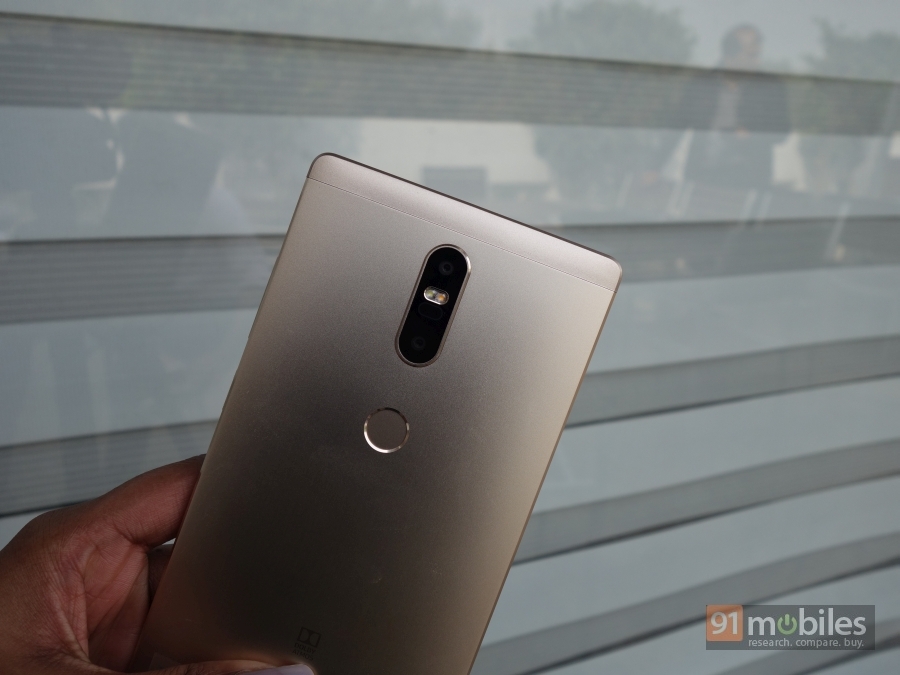 The highlight of the Lenovo PHAB 2 Plus is its 13MP dual camera setup on the back assisted by a dual tone LED flash. The default camera app seems like any other until you delve into the shooting modes and find AR and Dual Camera modes. The former brings just a pinch of augmented reality into the PHAB 2 Plus and allows you to have some preloaded animated characters move around in your viewfinder enabling you to incorporate them into your photos and videos. The latter helps you shift focus in an image after processing or swap backgrounds around a subject with the help of the two cameras on the phone. On the front, the PHAB 2 Plus gets an 8MP selfie shooter. While we’ll be able to comment on the shooting prowess after our full review, one thing we can comment regarding the camera performance right now is the shutter speed, which seems a tad slow. 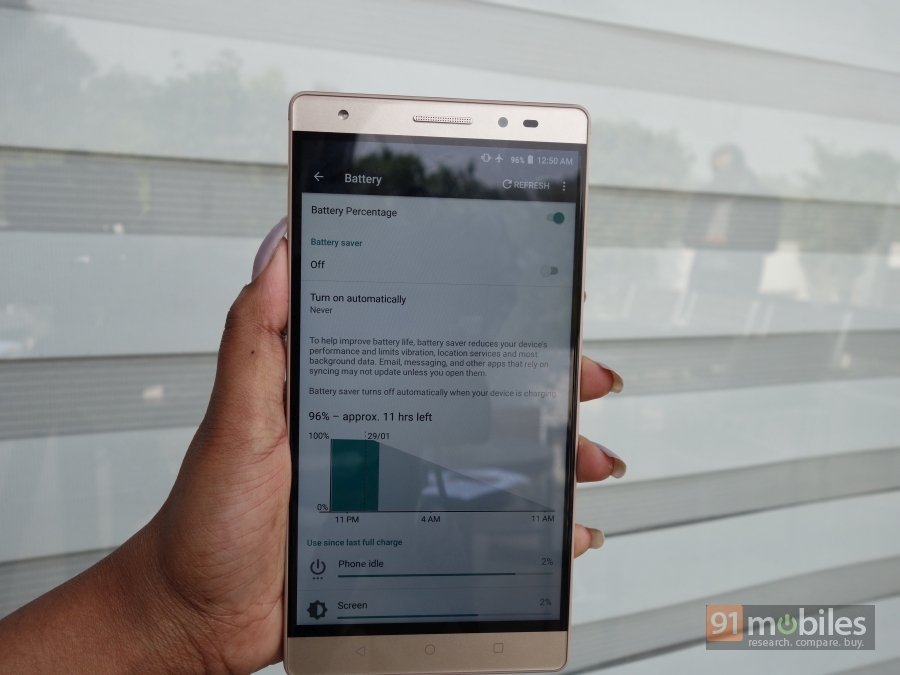 Considering the screen size and the resolution along with other specs, we can say that the 4,050mAh battery should be enough for you to use the phone through a day. There’s a power saving mode as well.

The direct competitor for the Lenovo PHAB 2 Plus is the Xiaomi Mi Max (review), which is a large-screened device priced exactly the same. Despite sporting a bigger battery, the Mi Max is relatively lighter than the PHAB 2 Plus which works in the former’s favour since the two are rather huge handsets. We’ll tell you how the PHAB 2 Plus fares against its competition and as a daily driver in our full review, so keep watching this space.