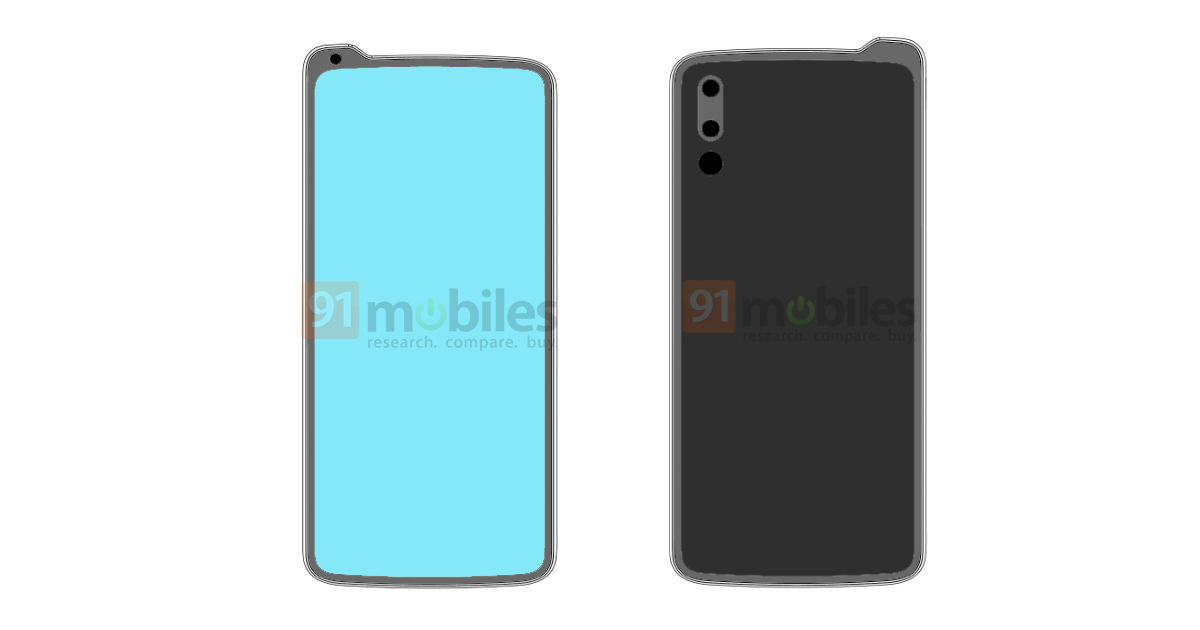 Lenovo seems to have found a new way to have a notch on smartphone for the selfie camera without having it intrude the display. A Lenovo patent has been filed with China’s National Intellectual Property Administration (CNIPA) that shows a reverse notch design that can be implemented on smartphones. The reverse or inverse notch basically means there will be a small outward protrusion on the top of the frame that will house the selfie camera. This solution will allow the phone to offer an edge-to-edge display with no punch-hole or notch. The patent shows the reverse notch design on several types of Lenovo/ Motorola phones.

As the patent images show, the reverse notch sticks out from the top left or right corner of the frame. The bump looks slightly awkward and distracting, but it is one way of not having to sacrifice some part of the display. The solution is also a good alternative to the pop-up mechanism that sacrifices IP rating and can cause durability concerns. The sketches show how the reverse notch can look on different types of smartphones, including what looks like a Moto Z phone that supports Moto Mods. It could suggest that the next Moto Z phone, likely to be called Moto Z5, may come with a reverse notch design. It is also possible that the company may never launch a phone with such a design.

Separately, 91mobiles also spotted a Xiaomi patent for a smartphone with a unique ‘twisting’ camera design. As per the patent images, the display of the phone will be split in to parts wherein the smaller portion can be twisted or rotated to bring the rear cameras to the front.