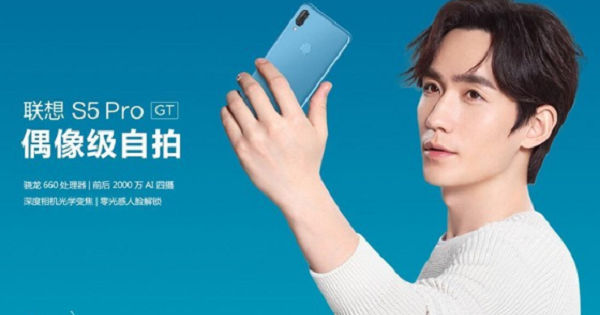 The Lenovo event today in China saw the release of Lenovo Z5s and the world’s first smartphone with 12GB RAM and Snapdragon 855 chipset, Lenovo Z5 Pro GT. Apart from this, the company also introduced a refreshed version of S5 Pro, called the Lenovo S5 Pro GT. The handset flaunts almost the same specifications as the regular variant that was launched in October except for the chipset, which is slightly more powerful.

To start with, the Lenovo S5 Pro GT now has Qualcomm’s Snapdragon 660 chipset ticking at its core instead of its subordinate Snapdragon 636 SoC. The chipset is paired with three RAM and storage configurations: 4GB + 64GB, 6GB + 64GB, and 6GB + 128GB. The internal storage on all the three variants is further expandable. On the display front, the Lenovo S5 Pro GT sports a 6.2-inch notch-toting IPS LCD that bears Full HD+ resolution and 18.7:9 aspect ratio. 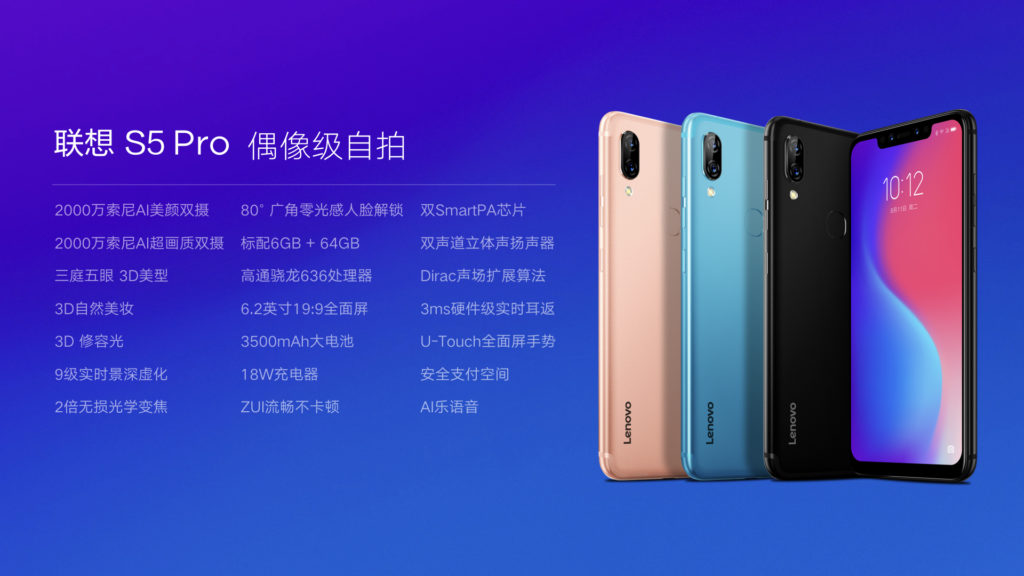 For photography, the handset features a combination of 12-megapixel f/1.8 + 20-megapixel f/2.6 sensors on the rear with LED flash. Its front camera setup boasts of 20-megapixel + 8-megapixel sensors for selfies and video calling. The phone comes pre-loaded with Android 8.1 Oreo-based ZenUI and houses a 3,500mAh battery with 18W fast-charging. The S5 Pro GT has a rear-mounted fingerprint sensor and an IR face unlock for security. Apart from this, you get a USB-C port and a 3.5mm audio jack at the bottom, gaming mode, Bluetooth 5.0, Dirac audio, and dual-SIM support.