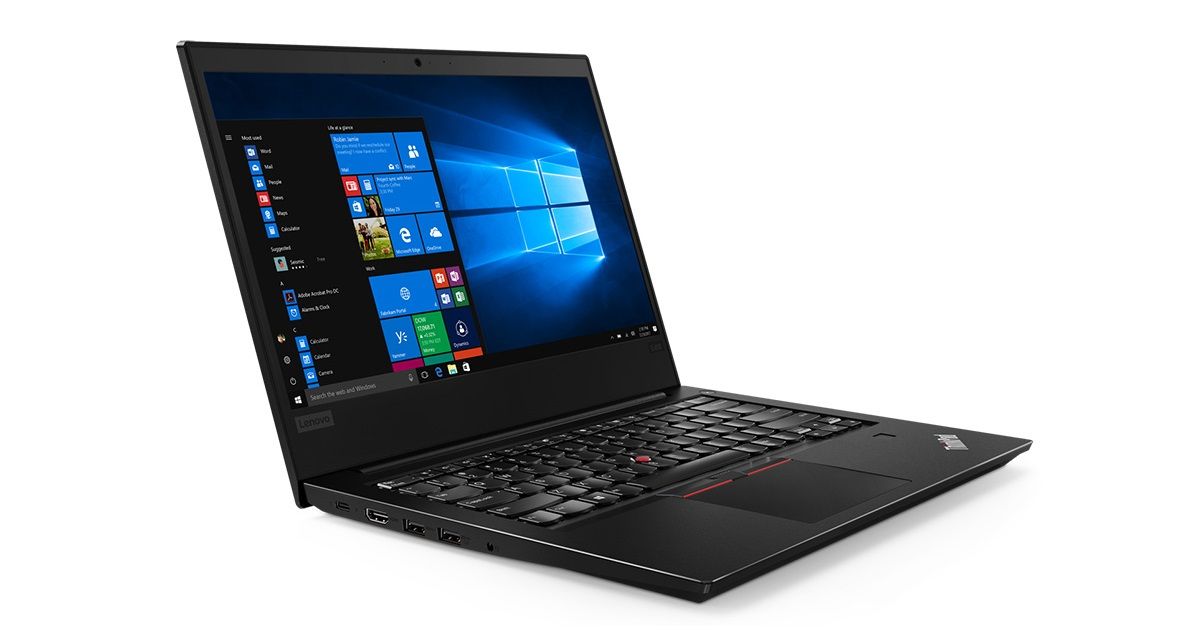 “The ThinkPad E590 will be the successor to the ThinkPad E580, which is a portable and durable business laptop”

Lenovo’s ThinkPad E series of notebooks have quite a fan following. They are known for offering solid performance, an attractive design, and a rugged design at an affordable price tag. The company has launched a number of laptops in this series since its inception in 2010. Now, the Chinese tech giant is all set to launch yet another notebook called the ThinkPad E590 in the near future. Ahead of an official announcement, the upcoming E series offering has been certified by Korea’s National Radio Research Agency (NRRA). 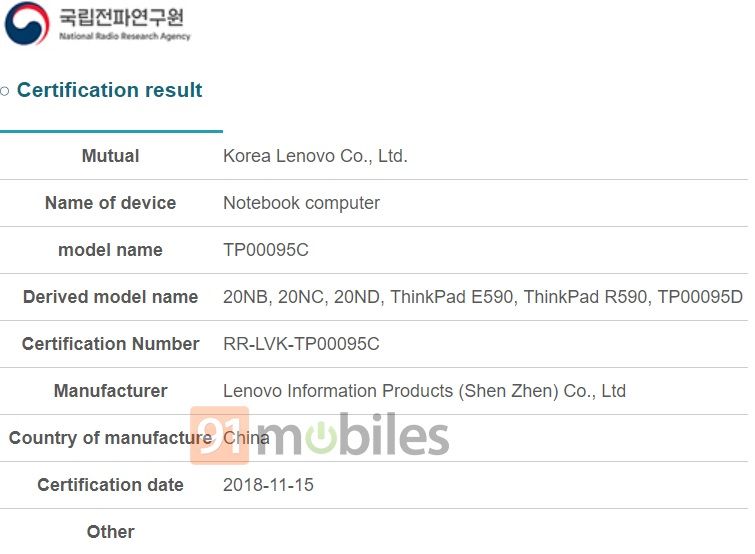 Talking about the ThinkPad E590’s predecessor, the ThinkPad E580, the notebook is targeted towards small business and professionals. The laptop can be equipped with an up to 15.6-inch full HD antiglare display. The device offers up to an 8th-gen Intel Core i7 processor, up to 32GB of RAM, and up to 2TB of HDD storage. There’s an optional dual drive storage variant of the laptop. For graphics, the notebook has been loaded with an AMD Radeon RX 550 2GB graphics card. The device offers a claimed battery life of up to 13 hours with regular usage.

As for the other specs, the ThinkPad E580 offers Windows 10 Pro 64-bit. For security, the laptop comes with a Discrete Trusted Platform Module 2.0 chip, an optional fingerprint sensor, and a Kensington lock slot. The notebook flaunts stereo speakers with Dolby Advanced Audio and Lync-certified, smart audio speakers. The other features include USB Type-C, USB 3.1, USB 2.0, HDMI, microSD card reader, Wi-Fi, and Bluetooth 4.1.