“Can the K5 Plus carry forward the legacy of the A-series? Find out in our review” 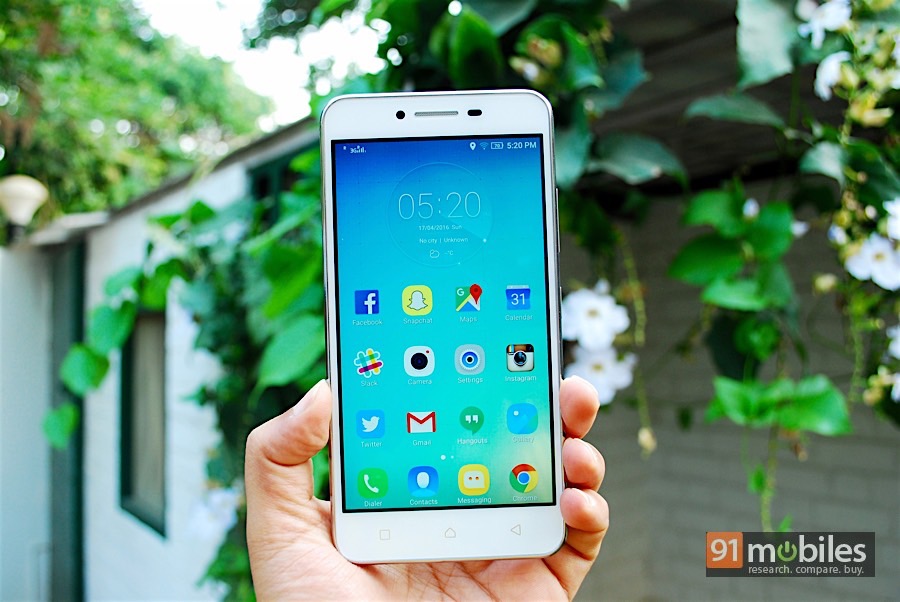 Amidst all the fanfare that’s surrounded Lenovo’s K Note series, it’s easy to forget the devices that propelled the brand to budget smartphone fame. We’re talking about the A6000 and A6000 Plus (review) of course. The compact smartphones created quite a stir when they launched in India last year, and now Lenovo is back with the successor to the range. Instead of continuing the A-series lineage, Lenovo has decided to rebrand the range, and as a result, we have the Vibe K5 Plus (unboxing | first impressions). Unveiled at MWC earlier this year, the K5 Plus was recently launched in India for an attractive price. The 5-inch smartphone brings upgrades to both the design and internals of its predecessors, but does it have the chutzpah to be another best-seller? Let’s find out. 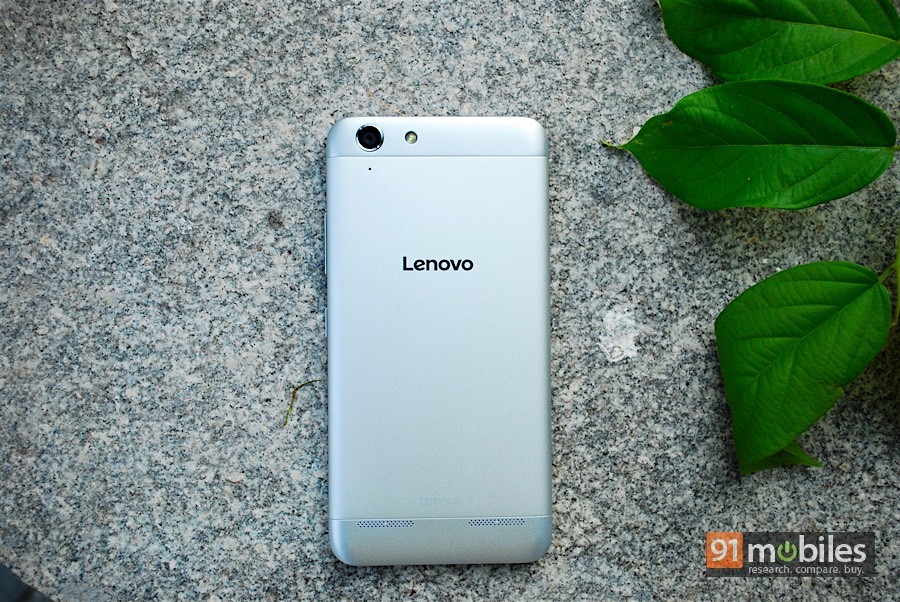 The K5 Plus does away with the completely plastic build of its A-series ancestors, and instead opts for a semi-metal finish. The removable back panel features a flimsy aluminium plate in the centre, and is flanked by two plastic strips donning a faux metal finish at the top and bottom. You’ll also find a shiny, plasticky rim around the front panel, which gets scratched over time. Our review unit was Platinum Silver, but you can also pick it up in Graphite Grey and Champagne Gold options. 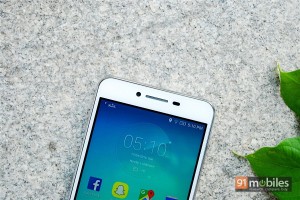 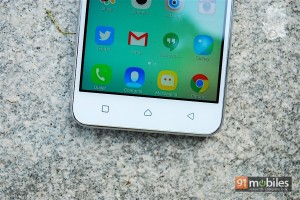 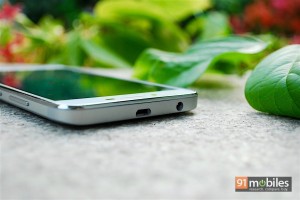 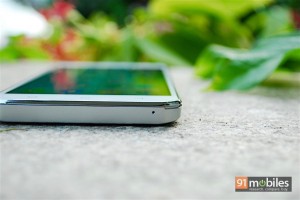 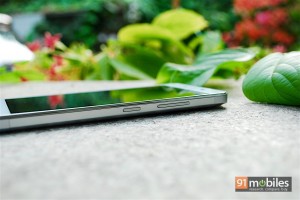 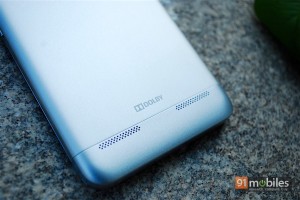 As far as the port and button placement goes, the K5 Plus features the front camera, earpiece, notification LED and sensors above the display, with a row of capacitive keys outlined in silver below. Unfortunately, the keys aren’t backlit. The right spine is where you’ll find the volume rocker and power button, while the left is bare. The top houses the 3.5mm audio jack as well as the micro-USB port, a placement we prefer at the bottom, which in this case, sports just the primary microphone. The back panel features the primary camera, LED flash and secondary microphone towards the top, and Lenovo branding at the centre. At the bottom you’ll find two speaker grills, along with Dolby branding. 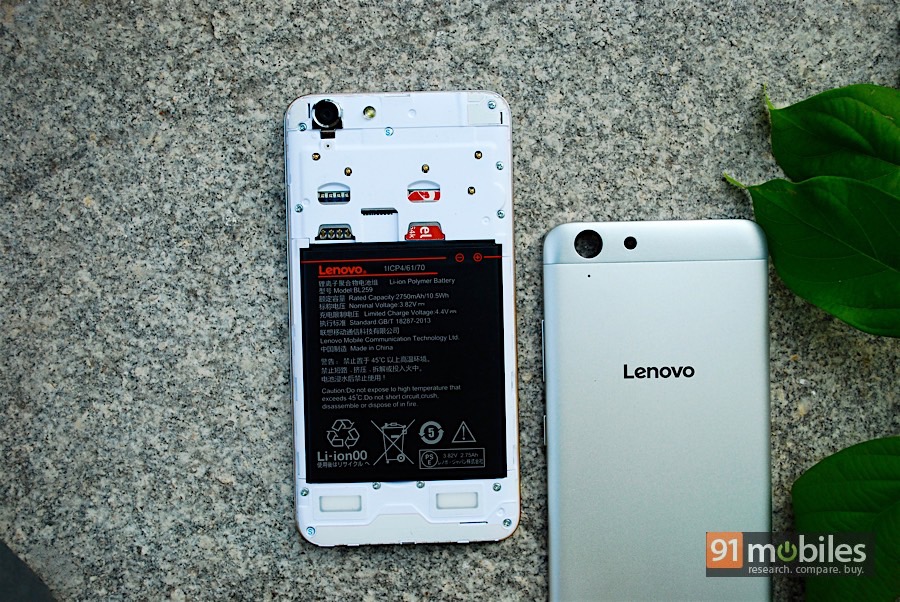 The rear plate comes off with great difficulty via a small notch on the side, and inside you’ll find the removable battery, two micro-SIM card slots and a microSD card slot. Overall, the Lenovo K5 Plus design is sturdy and functional, but it’s nothing to write home about. The metal plate at the back feels cheap, and is also prone to picking up scratches easily. On the plus side, the phone is compact enough for easy one-handed use, and doesn’t get too slippery either. 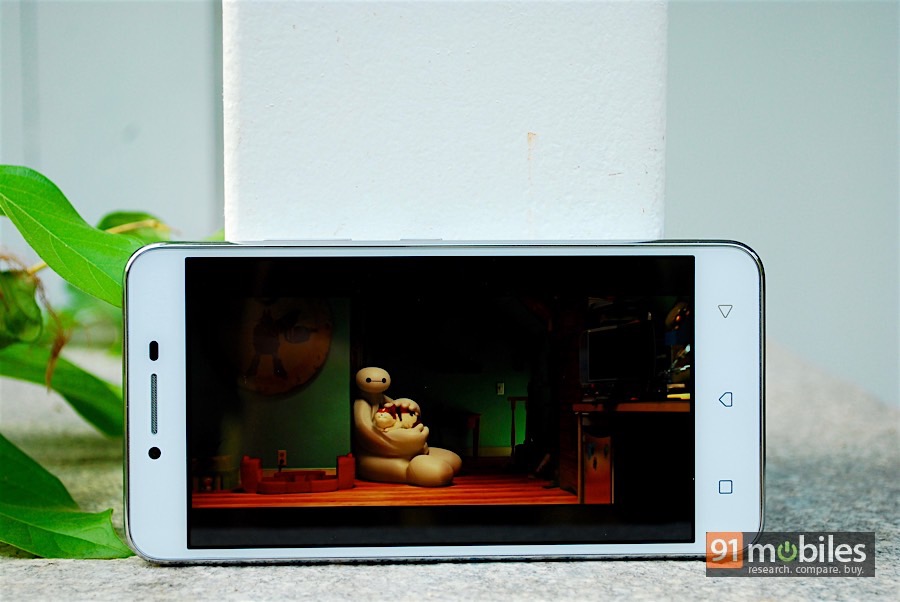 The Vibe K5 Plus sports a 5-inch display that boasts full HD resolution, resulting in a crisp pixel density of 441ppi. While you won’t complain about sharpness, the clarity is somewhat compromised owing to the thick glass covering the screen. We also found the screen to be unresponsive at times, requiring a second tap to register taps or swipes. Lenovo hasn’t specified if it’s used any sort of screen protection for the K5 Plus, and while our unit remained scratch-free during the few weeks of usage, you might want to invest in a screen protector to be on the safer side. On the plus side, the screen outputs vivid, punchy colours, making it great for watching videos. The brightness levels are high, but the display is reflective, which compromises visibility in sunlight. 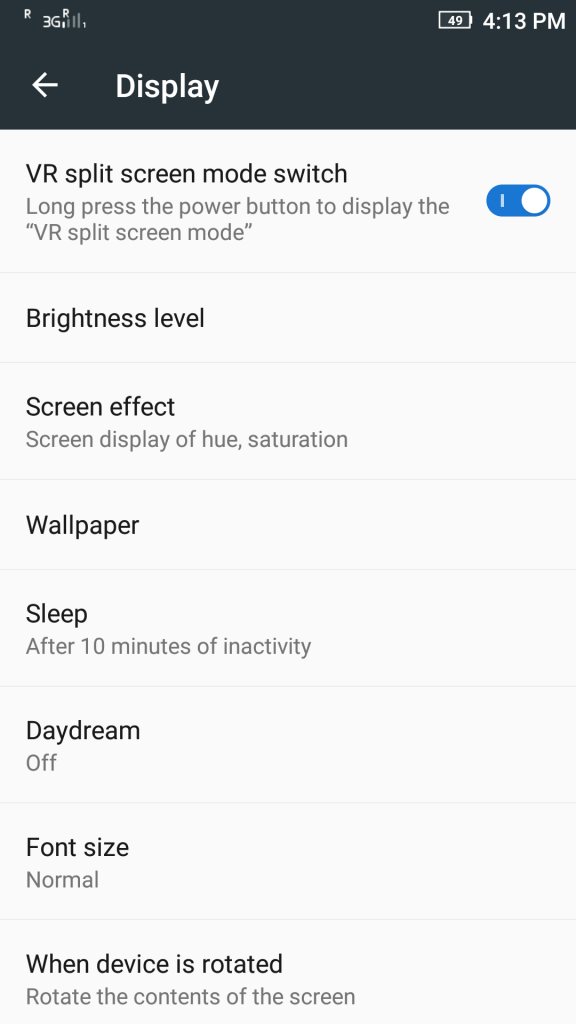 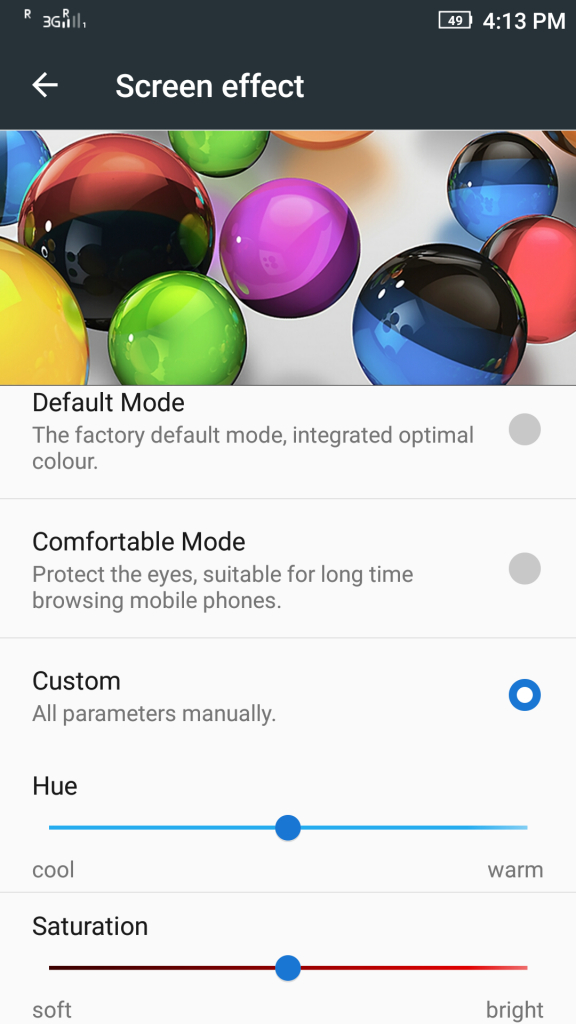 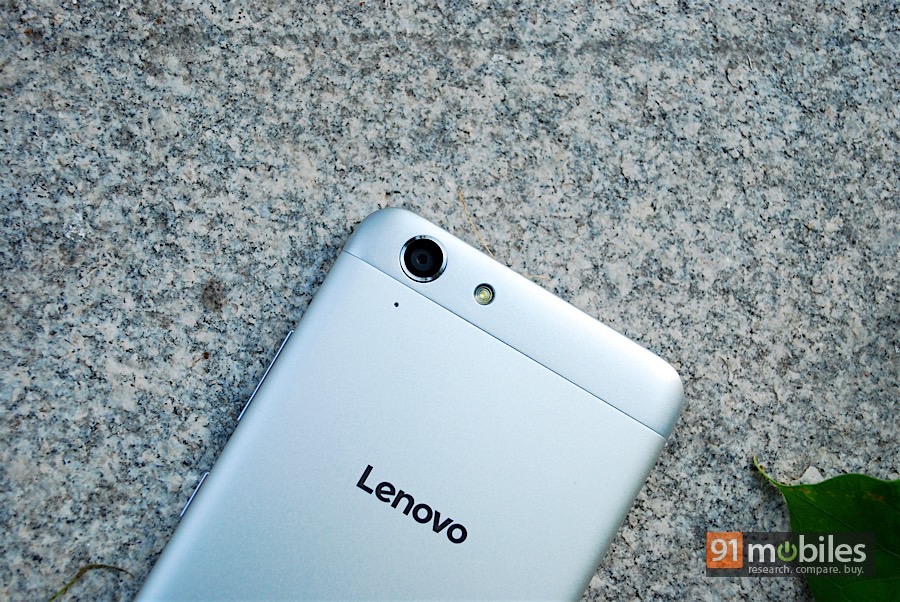 The K5 Plus is equipped with a 13MP primary camera with f/2.2 aperture and LED flash, as well as a 5MP front shooter. The camera app is standard Vibe UI fare, with the shutter button, and shortcuts to access the video mode, gallery, shooting modes, front camera, flash, HDR, timer and settings scattered haphazardly around the viewfinder. The only shooting modes apart from HDR and Panorama are a range of filters you can apply in real time. Dig deeper into settings and you’ll find the usual suspects like white balance, scene modes, ISO, metering, etc. 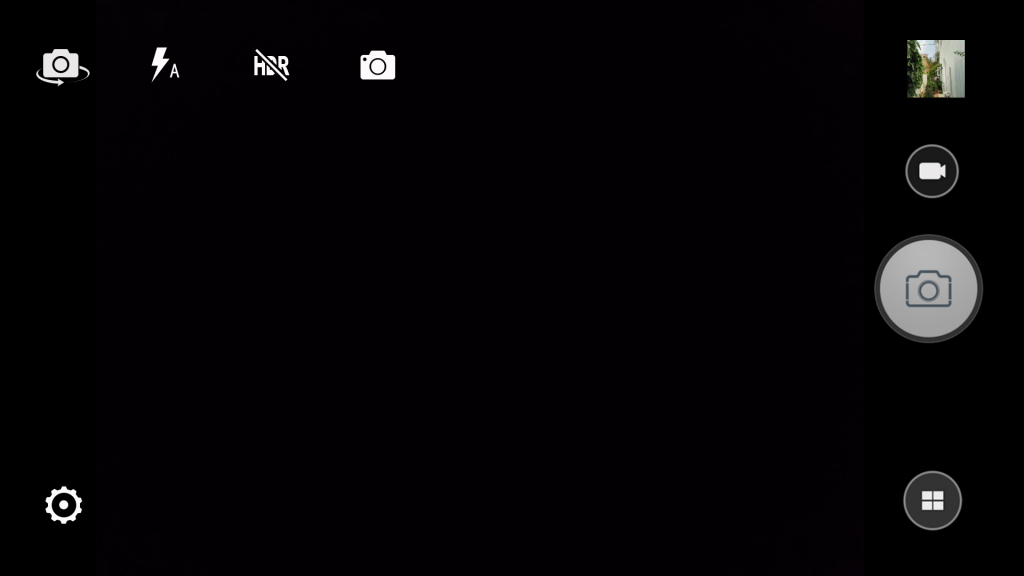 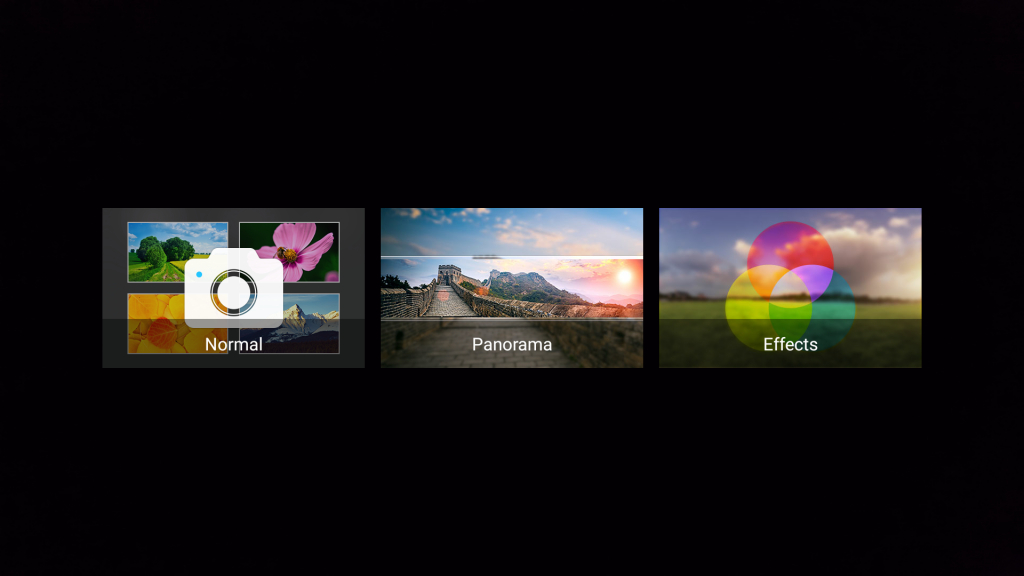 When it comes to image quality, the camera offers surprisingly decent results. It’s quick to focus and offers plenty of detail, especially for macro shots. Landscape shots are hit and miss when it comes to exposure, but the HDR does a good job of improving images. Low light shots are quite dark and grainy, and the single LED flash doesn’t do much more than bathe subjects in a harsh white light. The front camera is nothing to write home about. You can capture a decent selfie in ample lighting, but indoors or in artifical lighting, you’re likely to end up with hazy, noisy shots. Here are some image samples taken from the primary camera. Open the thumbnails in a new tab to view them in full resolution. 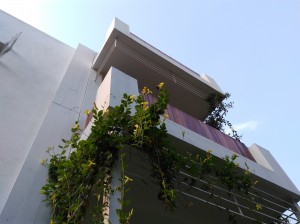 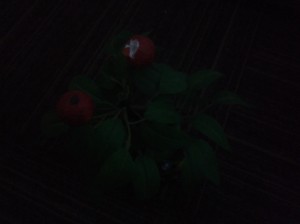 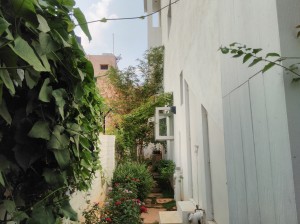 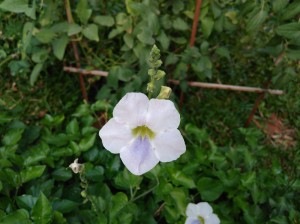 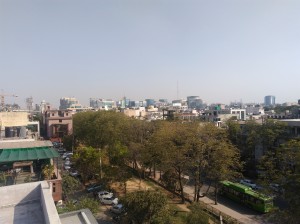 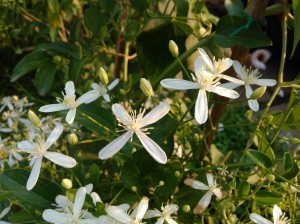 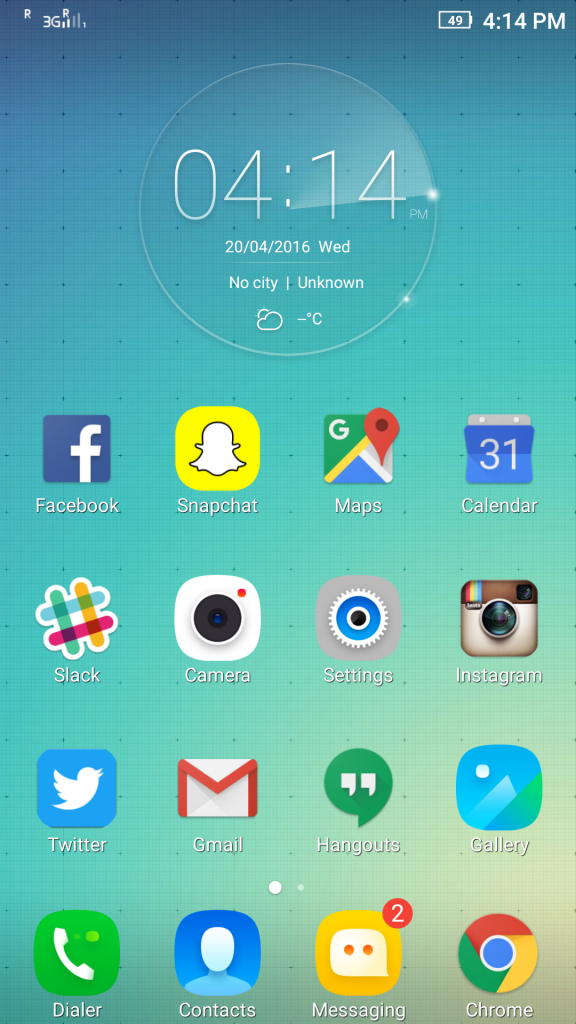 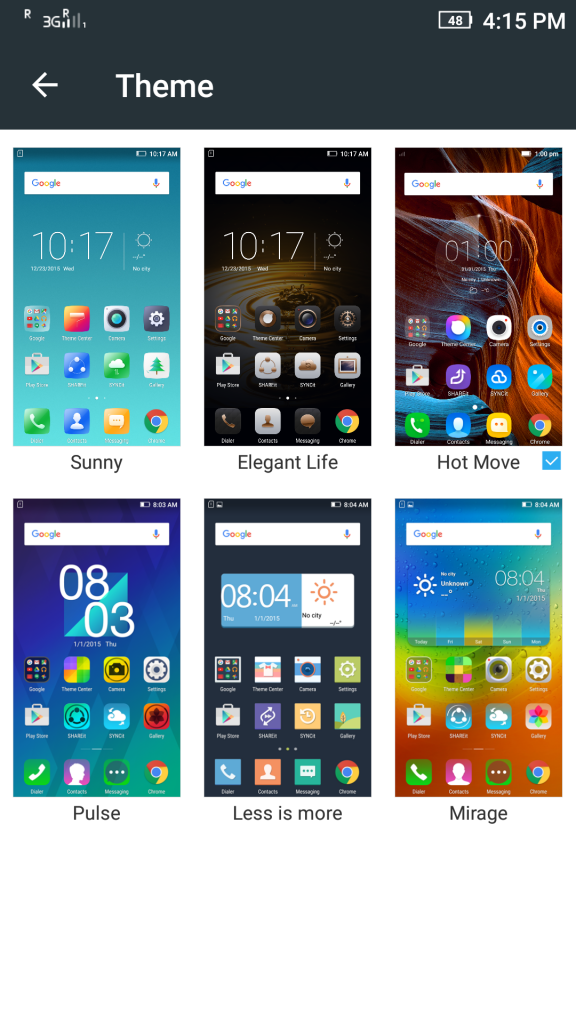 The K5 Plus runs Android 5.1.1 Lollipop as a base, layered with Vibe UI. We’ve talked about Vibe UI at length in previous Lenovo reviews, so there’s nothing new to talk about. We’re not great fans of Vibe UI, with its cartoony icons and awful selection of wallpapers. There’s also a ton of bloatware on the device, including UC Browser, Evernote, Truecaller, Facebook, Flipkart, Myntra, ROUTE 66 Navigate, GameStore, Skype, WeChat, Tap the Frog HD and McAfee Security, to name a few. Fortunately, most of these apps can be uninstalled. 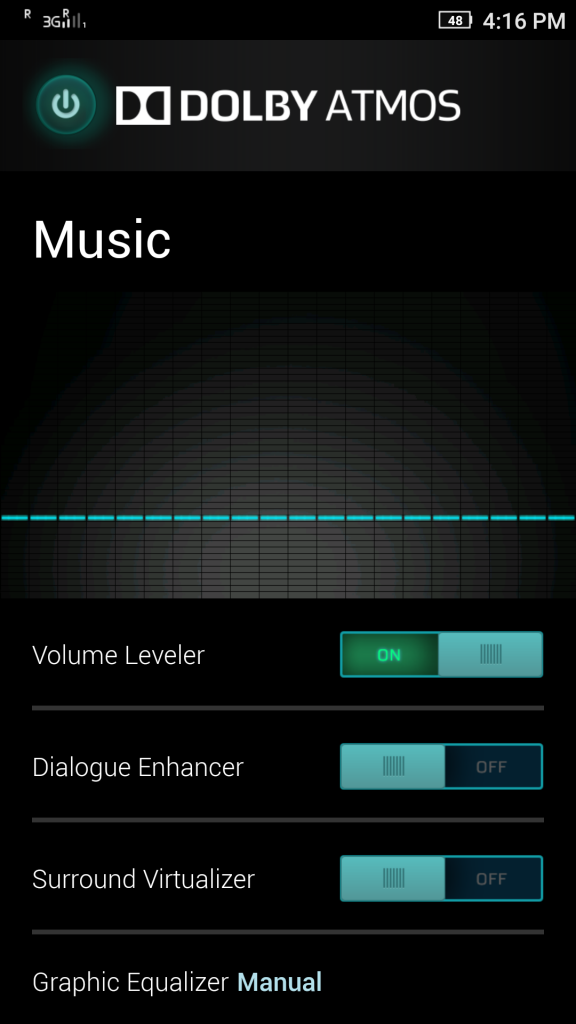 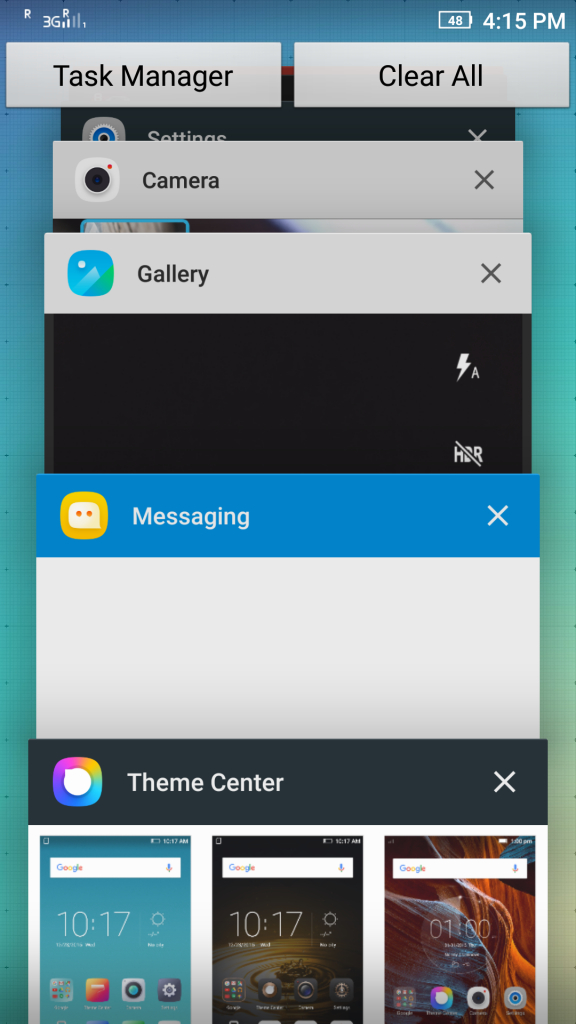 You also get the usual selection of Lenovo apps, including SHAREit, SYNCit and Theme Center, the last of which offers a grand total of six tacky themes. There’s also a Dolby Atmos equaliser app pre-loaded. One of our biggest gripes with Vibe UI on the K5 Plus is the outdated menu button. There’s no way to switch it to a recent apps key, requiring a long press to bring up the multi-tasking menu. 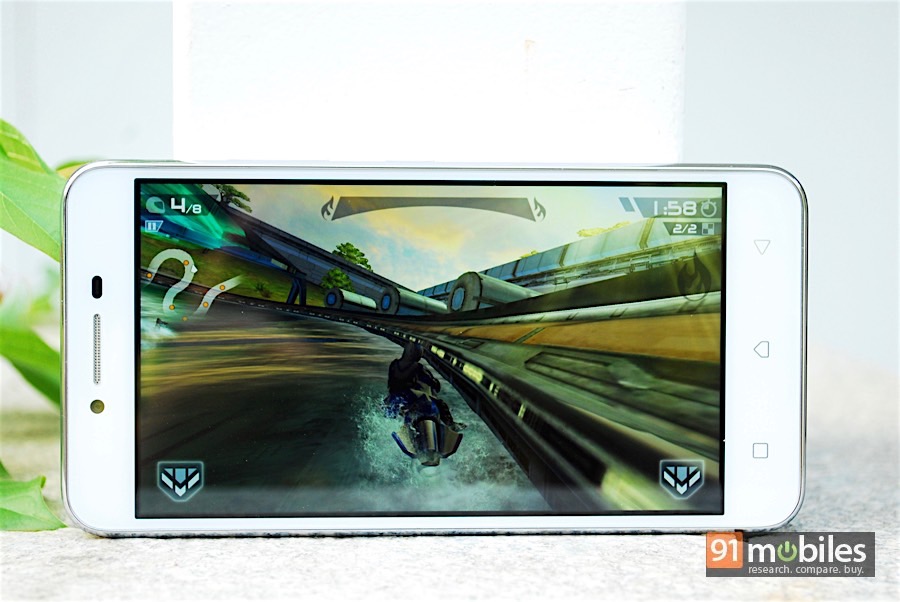 The Lenovo Vibe K5 Plus is powered by an octa-core Snapdragon 616 processor, paired with 2GB of RAM. On its own, the Snapdragon 616 is a reliable chipset, powering more premium devices like the Honor 5X, but we wish Lenovo had opted for a newer and more powerful processor like the Snapdragon 650. The K5 Plus sports a decent 16GB of internal storage, expandable via microSD. A littke over 10GB is available to use out of the box. 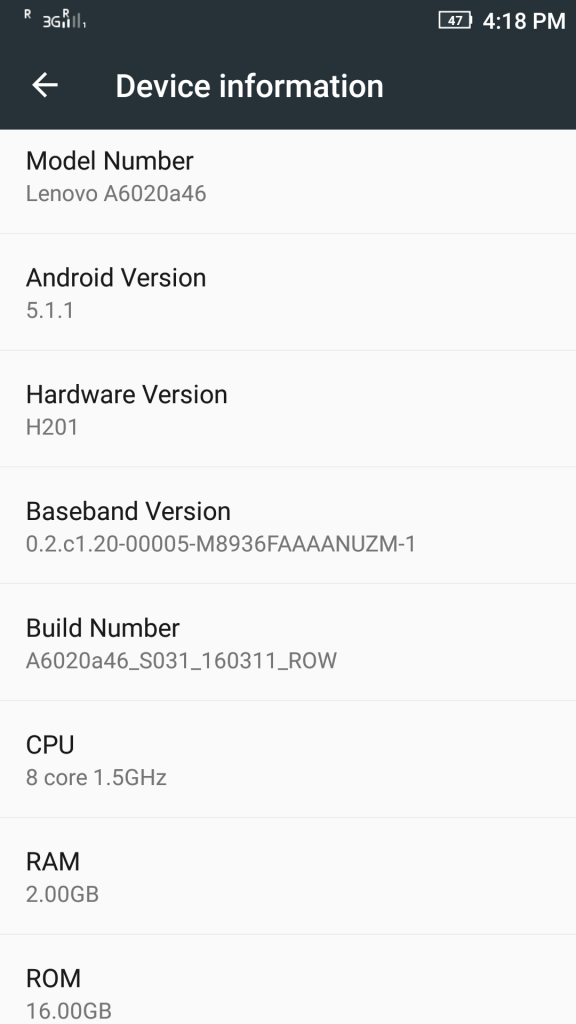 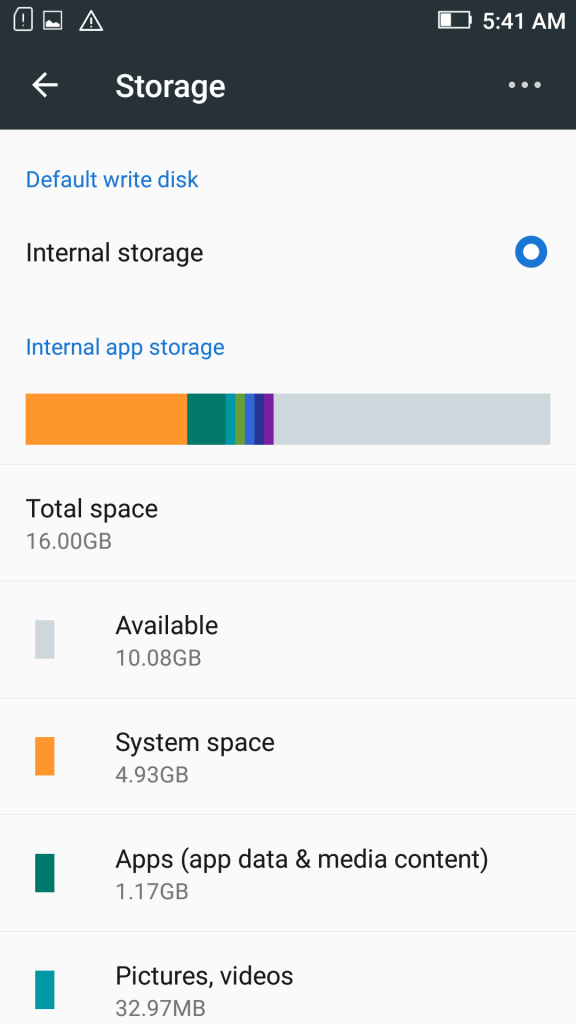 The performance of the K5 Plus is nothing to write home about. It’s smooth enough initially, but once you start installing a bunch of apps, multitasking and gaming, a few lags and freezes start to creep in. Unlike the K4 Note (review), which was plagued by freezes during gaming, the K5 Plus chugs along quite happily for even intensive titles like Riptide GP2 and Asphalt 8. The phone does heat up within minutes when watching videos or gaming, which is annoying, but the saving grace is that the temperature never gets too hot to handle.  There is one area where the K5 Plus excels though, and that’s the audio quality. The stereo Dolby Atmos speakers produce crisp, clear sound that surpasses even higher-priced competition, making it great for music lovers or users who watch a ton of videos on their smartphone. In terms of connectivity, the K5 Plus features dual-SIM, 4G LTE, Wi-Fi, Bluetooth 4.0, A-GPS and USB OTG.

In the age of unibody smartphones, the K5 Plus stands out with its removable battery. The 2,750mAh unit is pretty disappointing, requiring a recharge before the end of the day with regular use. Our video loop battery drain test confirmed this, lasting for just 5 hours and 46 minutes, which is a very poor result, even for a budget device. 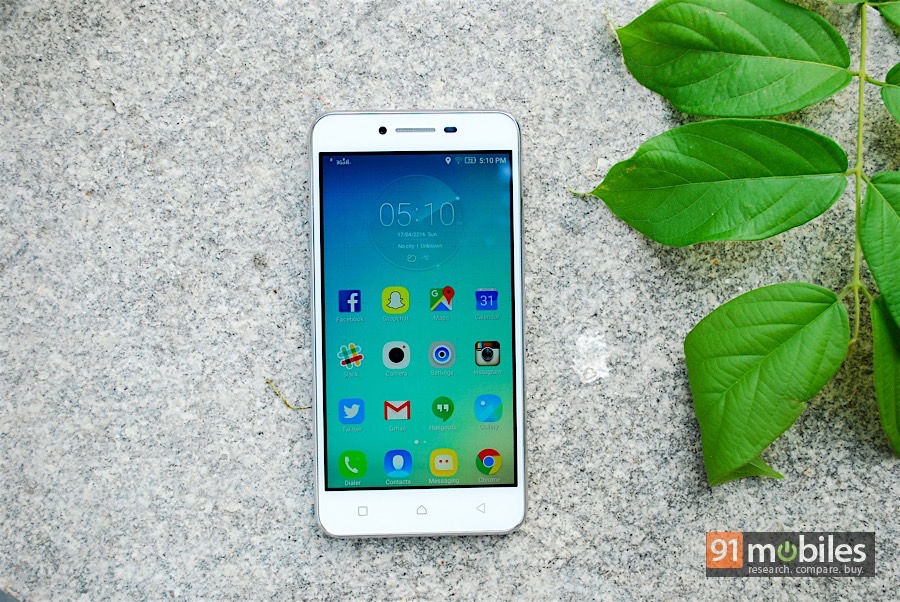 The Lenovo K5 Plus is a decent smartphone. But in a market filled with so many options, decent doesn’t cut it, not by a long shot. At Rs 8,499, the K5 Plus sits in an odd price bracket. For less than Rs 7,000, you can get the very capable Coolpad Note 3 Lite (first impressions), which doesn’t feature a metal body or full HD display, but packs in a fingerprint sensor and 3GB of RAM, both great features at its price. Spend a little more, and you can get the formidable Xiaomi Redmi Note 3 (review) and LeEco Le 1s (review), which are far more powerful and feature-packed, provided you don’t mind the larger screen size. The Coolpad Note 3 (review) is another good option, coming in at nearly the same price as the K5 Plus, but offering a lot more bang for your buck.

It’s evident that the K5 Plus isn’t going to be a blockbuster device like the K4 Note for Lenovo, but it’s still a good bet if you’re an audiophile on a budget, or on the lookout for a compact smartphone that won’t break the bank.

HBO Max India plans, price, launch date, and everything else that we know so far