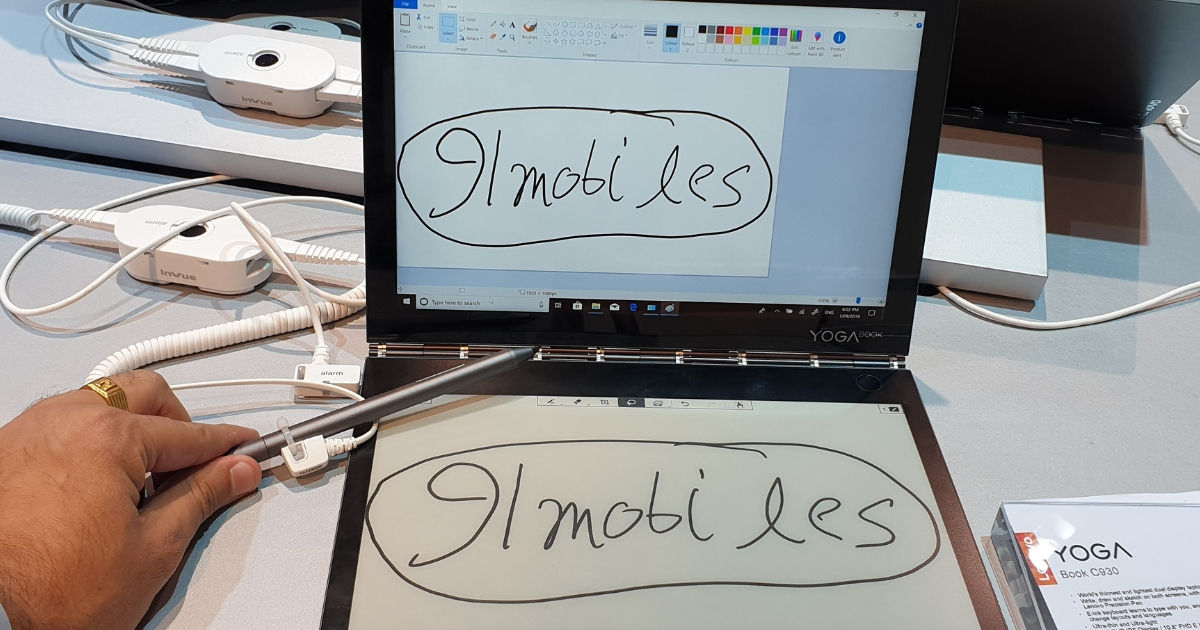 “The successor to the original Yoga Book comes with a QHD display and an e-ink screen, with both of them measuring 10.8-inches diagonally”

Two years back at IFA, Thinkpad-owner Lenovo introduced an innovative laptop which had no keyboard. Yes, instead of having a physical keyboard, there was only a faint impression of the keys, dubbed the Halo keyboard. Christened the Yoga Book, the device was innovative, but was ahead of its time and had some notable problems such as underpowered hardware and the use of the older micro-USB port. Fast forward to 2018, and Lenovo has launched its successor in the form of the Yoga Book C930. The device tries to overcome several issues with its predecessor, along with bringing some noteworthy capabilities to the table. We managed to spend some time with the device at IFA this year, and here’s how we’ll document our initial impressions. 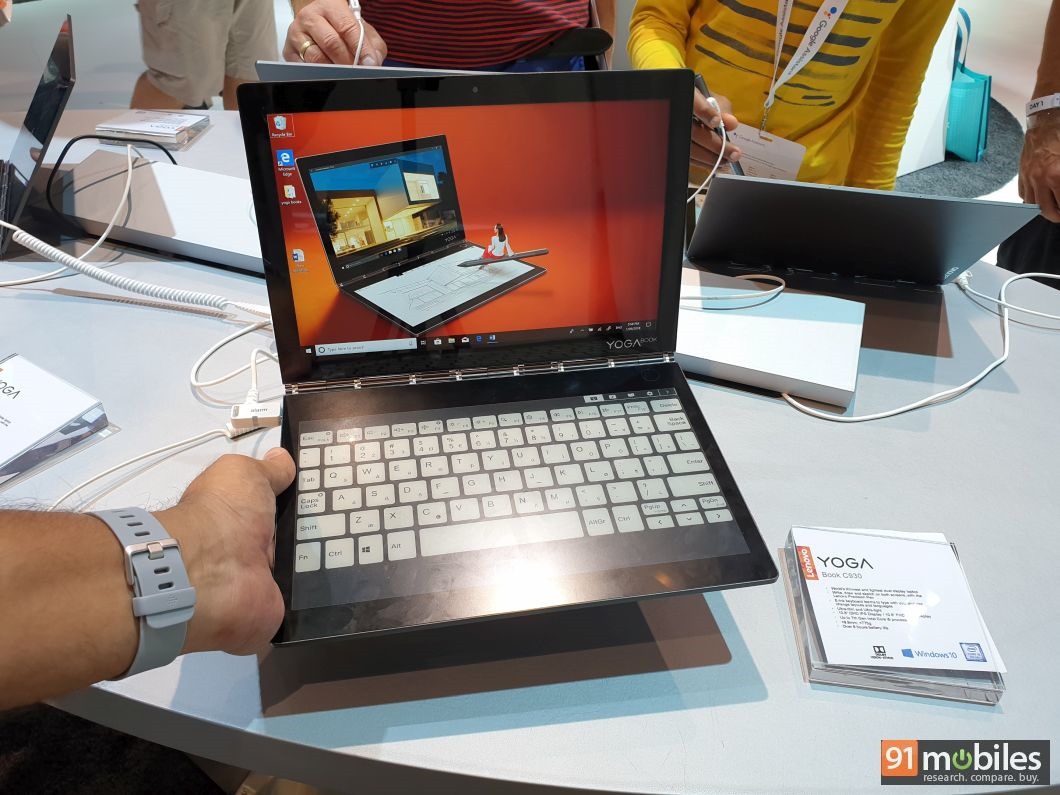 To put it forth simply – the Lenovo Yoga Book C930 builds upon the premise shown by its predecessor. You get dual screens with 10.8-inch displays and in the place of a keyboard, there’s an e-ink screen that also measures 10.8-inches. The e-ink display combined with the ‘Yoga’ form factor allows for some interesting use cases. Of course, you can use the main display as a tablet or watch movies in the tent mode, but now you can also use the e-ink panel, which brings us to the next point… 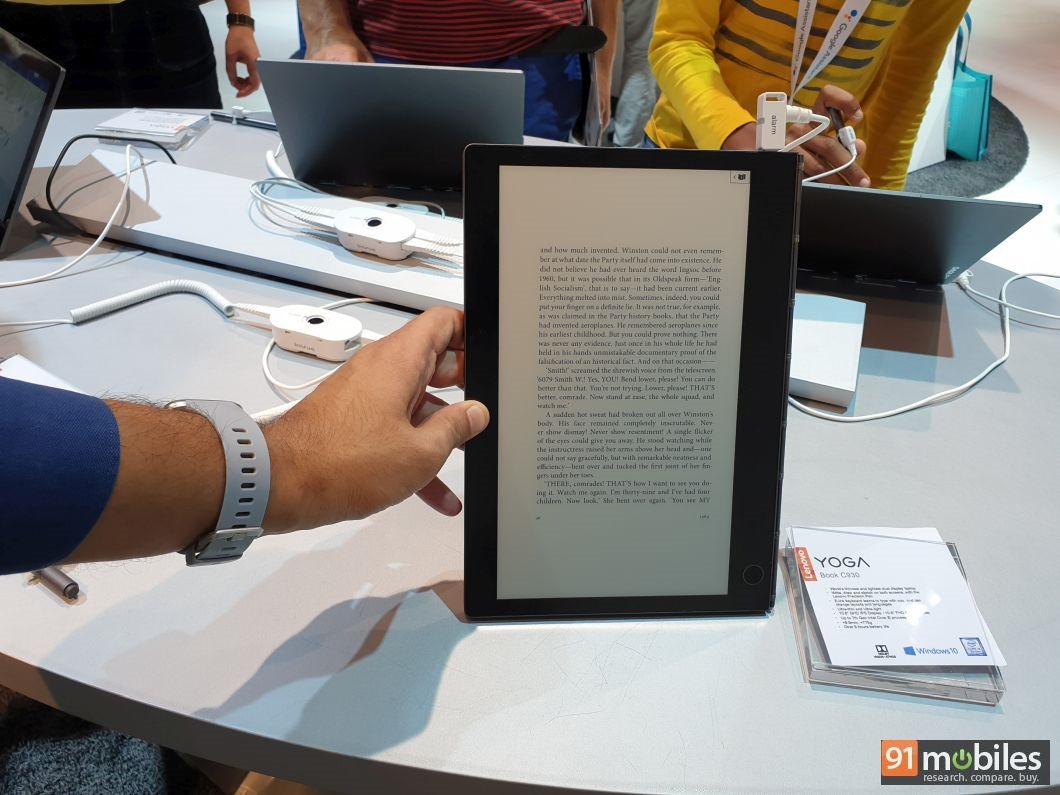 Considering its an electronic-ink screen, you can use the Yoga Book C930 for doodling or reading PDFs. And since you can use the e-ink display in the tablet form as well, the laptop can very well replace your Kindle e-reader. In fact, you also get Kindle-like features such as navigating between pages. Talking about the keyboard, while it’ll take time getting used to, the virtual keyboard isn’t as difficult to adjust to as you might be assuming. I was able to type fairly quickly, though there were some inadvertent typos. To make the typing experience similar to using a physical keyboard, the device offers haptic feedback as well as makes a sound for each keystroke. While that was present in its predecessor as well, there’s a 3D shadow below the keys to give a faux effect of the depth. Additionally, the use of e-ink allows the brand to offer support for up to 30 languages, instead of having a fixed layout. The e-ink also shows the touchpad only when required. 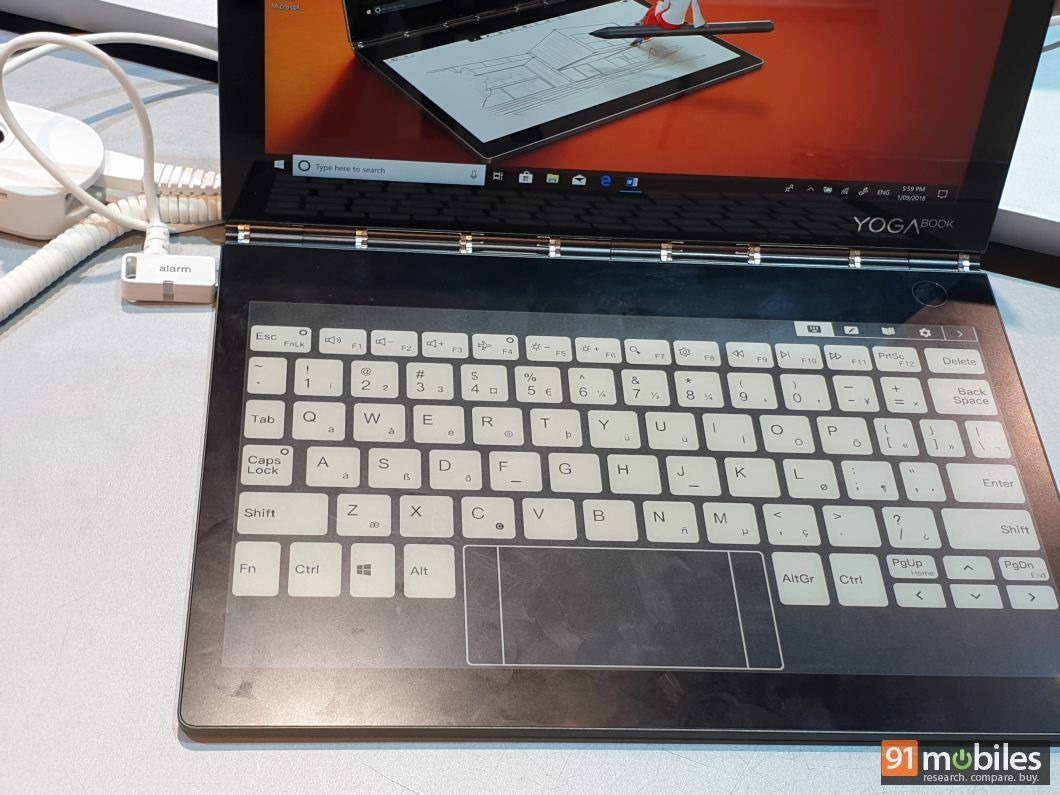 Switching between different modes of the e-ink display is instantaneous and you just need to press the pen icon towards the top right. While the previous Yoga Book also supported the Wacom digitiser pen, the new Lenovo Yoga Book C930 can be used with a Precision Pen that supports 4,096 pressure levels as well as your fingers to sketch. You can also copy the sketch or text and paste it into Microsoft Paint or Word, for instance. 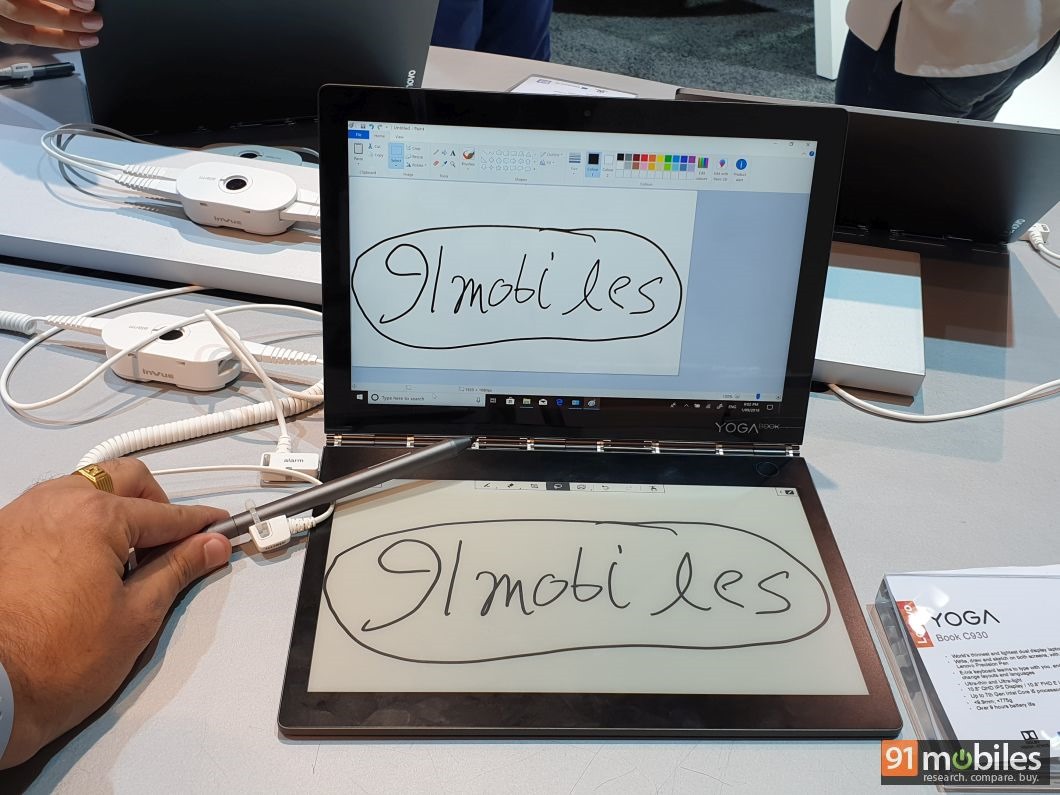 The Lenovo Yoga Book C930 is extremely lightweight and tips the scales at just 775g. It’s quite thin as well with its frame measuring 9.9mm. But that doesn’t mean that the laptop isn’t solid. In terms of ports, the laptop offers two USB Type-C ports as well as a microSD card slot. One cool feature in terms of the design is the fact that you can open the laptop by simply knocking on the lid twice. Not only does it make it easier to control the laptop single-handedly, it’s also a neat trick to show-off.

As far as the visuals are concerned, the primary display is much sharper as it now comes with QHD resolution as compared to the Yoga Book’s full HD screen. The e-ink screen is also sharper with 1080p resolution.

In the hardware department, this time around, instead of the Intel Atom chipset, Lenovo has utilised Intel’s Core m3 processor or the i5 chip to ensure that there’s enough power. That said, it’s strange to see the brand continuing with 7th-gen chipsets and not the latest 8th generation. The RAM capacity however, remains limited to 4GB, which is slightly underwhelming. That said, we’re sure that the Yoga Book C930 will be able to handle casual computing needs from browsing on Chrome to watching movies or making a presentation. 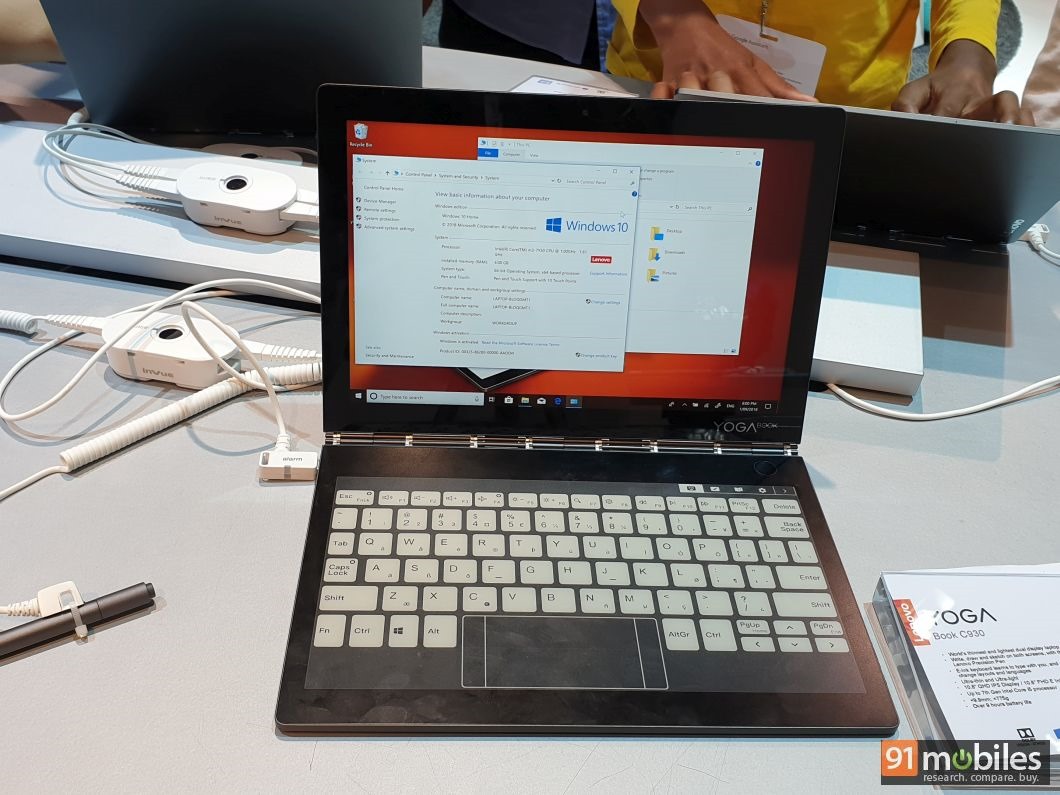 Thanks to the use of the electronic-ink screen, the Lenovo Yoga Book C930 can be expected to deliver a good battery life. As per the brand, the device can last up to eight hours. Unlike the first-gen Yoga Book that was available in both Windows and Android versions, the Yoga Book C930 will only be sold with Windows 10 Home.

The Lenovo Yoga Book C930 retails at €999 (~Rs 83,500) and will go on sale in select countries commencing from November. Since the brand launched the original Yoga Book in India, we can expect its successor to make its way to our shores as well. That said, the newer model is definitely priced on the higher side as compared to the first-gen Yoga Book, so it remains to be seen how it fares in the market.