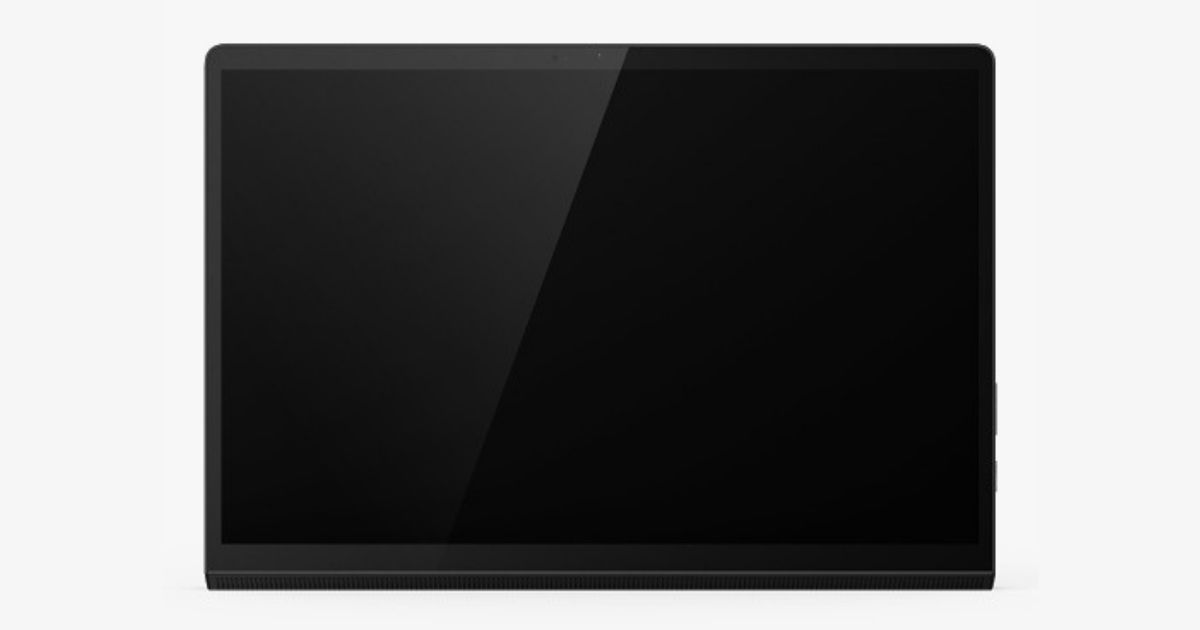 A new Lenovo tablet has been spotted on the Google Play Console and Geekbench benchmarking website. The Yoga Tab 13 is the name assigned to the new tablet, and it seems to be a high-end device with flagship-class hardware. According to the online listings, the tablet will feature a 13-inch display and a Snapdragon 800-series chipset. The tablet carries the model number K606F and we even have an image showing the front of the tablet. Let’s take a look at all the other details revealed in the listings.

As seen in the Google Play Console listing, the new Lenovo tablet is called Yoga Tab 13. It carries the model number K606F and has 8GB of RAM. The tablet is powered by the Snapdragon 855 processor and runs Android 11 OS. It probably will ship with a custom OS on top. The listing also reveals the display resolution, which is set at 1350 x 2160 pixels. Going by the product name, the tablet will most likely get a 13-inch touch panel. 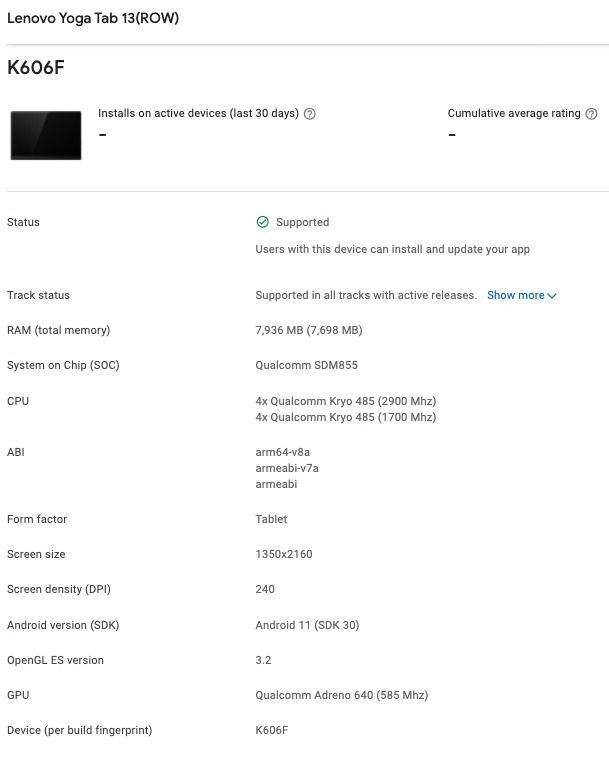 Coming to the Geekbench 5 listing, once again, you’ll see the model number YT-K606F. The tablet features 8GB RAM and is running the Android 11 operating system. You can check out the single-core and the multi-core score below, which is not bad at all. Of course, when the tablet is powered by the SD855 processor, you can expect good performance. 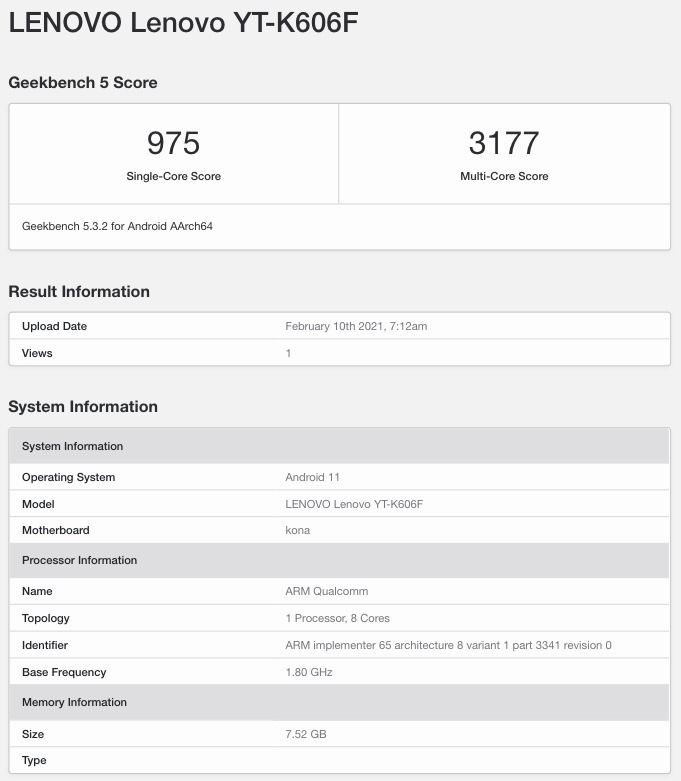 Other details such as the battery capacity and camera hardware haven’t been revealed yet. We also don’t have any information regarding the launch timeline or the pricing. Lenovo currently sells a bunch of different tablets in the Indian market, and they’re all affordable options. It is very likely that the new Yoga Tab 13 will be a slightly more premium affair, but should still be less than its competition. We should learn more about this tablet in the coming weeks, as there hasn’t been any official announcement from Lenovo yet.