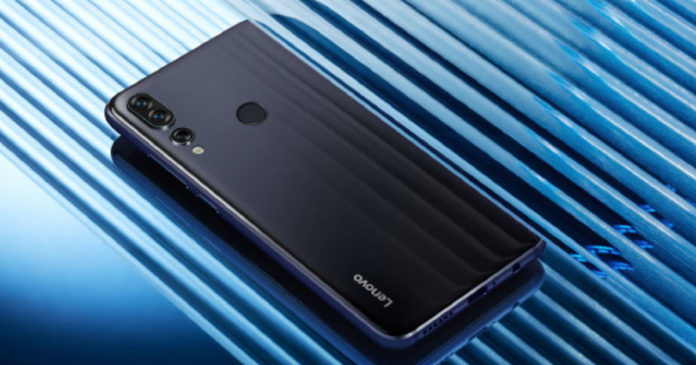 Lenovo is all geared up for the launch of the Z5s, its first smartphone with a hole in the display to accommodate the selfie camera. With the launch scheduled for tomorrow, the teasers and leaks are flying thick and fast. Now, to compile multiple reports across the internet, it seems like the Lenovo Z5s will be offered in two versions, both with drastically different specifications. Furthermore, Lenovo has also teased the official posters of the phone on Chinese microblogging website Weibo, hence revealing the paintjobs to be made available with the Lenovo Z5s. According to reports, the Lenovo Z5s will have a standard edition, powered by the Qualcomm Snapdragon 710 SoC. This variant may house 6GB of RAM, and a hole-in-display front camera. The display itself is stated to be a 6.3-inch full HD+ panel with screen resolution of 1,080 x 2,240 pixels and 19:9 aspect ratio. This setup is reportedly going to give the smartphone screen-to-body ratio of 92.6 percent. The rear is certain to house a three camera setup and will reportedly have 13-megapixel + 5-megapixel + 2-megapixel configuration. The front camera is said to have an 8-megapixel sensor, while the 3,210mAh battery pack will support Quick Charge 3.0 fast-charging tech. 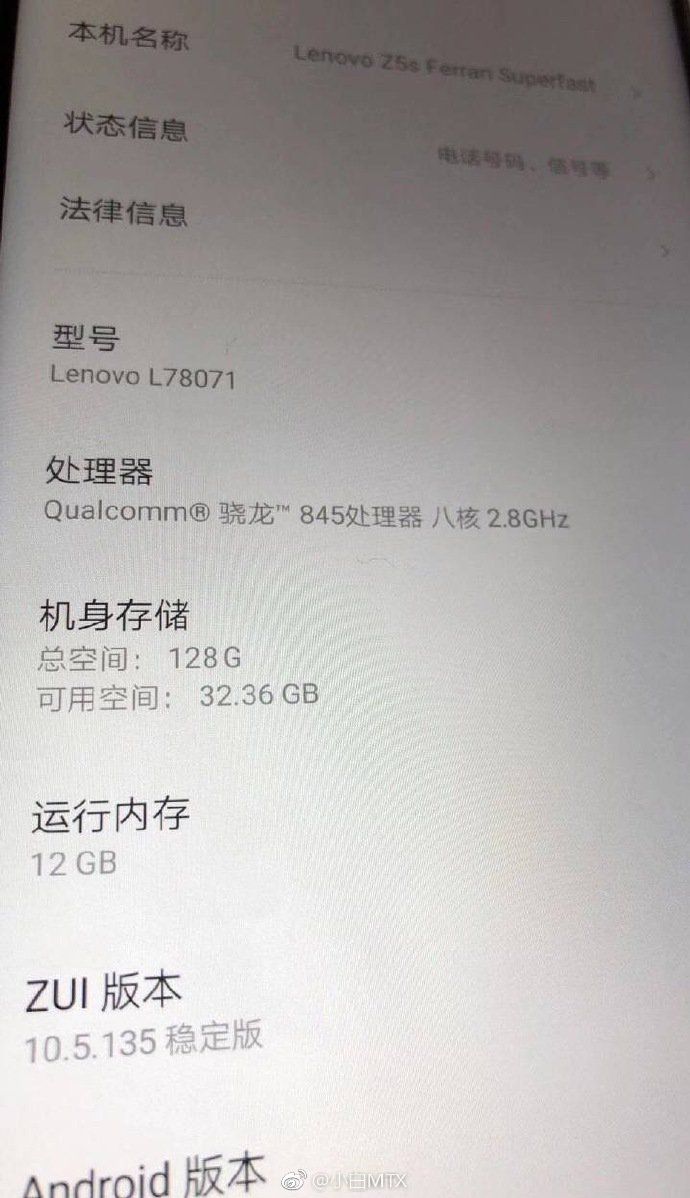 A new, leaked screenshot, meanwhile, has revealed that the Lenovo Z5s will get a Ferrari SuperFast Edition, powered by the Qualcomm Snapdragon 845 SoC, 12GB of RAM and 128GB of native storage. If it indeed comes to fruition, then the Lenovo Z5s will also become the first smartphone to include such a staggering amount of memory. There has been a line of launches in recent times, in terms of smartphones featuring 10GB of RAM, and with the upcoming Z5s Ferrari SuperFast, Lenovo could surpass that.

It is not yet clear which colours will be made available on which variants, and it is likely that the Ferrari SuperFast edition may get a special hue to make it stand out. Lenovo, however, has shared a host of teaser posters on Weibo, showing the phone to come with three distinct finishes — Coral Blue, a gradient orange finish that also happens to be Pantone’s 2018 colour of the year; Quiet Blue, a gradient blue-purple finish that reportedly takes inspiration from diffraction of light from a rainbow; and Starry Night, which is solid black and the only non-gradient finish.

While we will see all details being revealed tomorrow, it is likely that the Ferrari SuperFast edition also houses a few more different elements in comparison to the standard edition, beyond just the processor and RAM. Both versions of the Lenovo Z5s are slated to run on Android 9.0 Pie, with the company’s custom ZUI launcher on top.