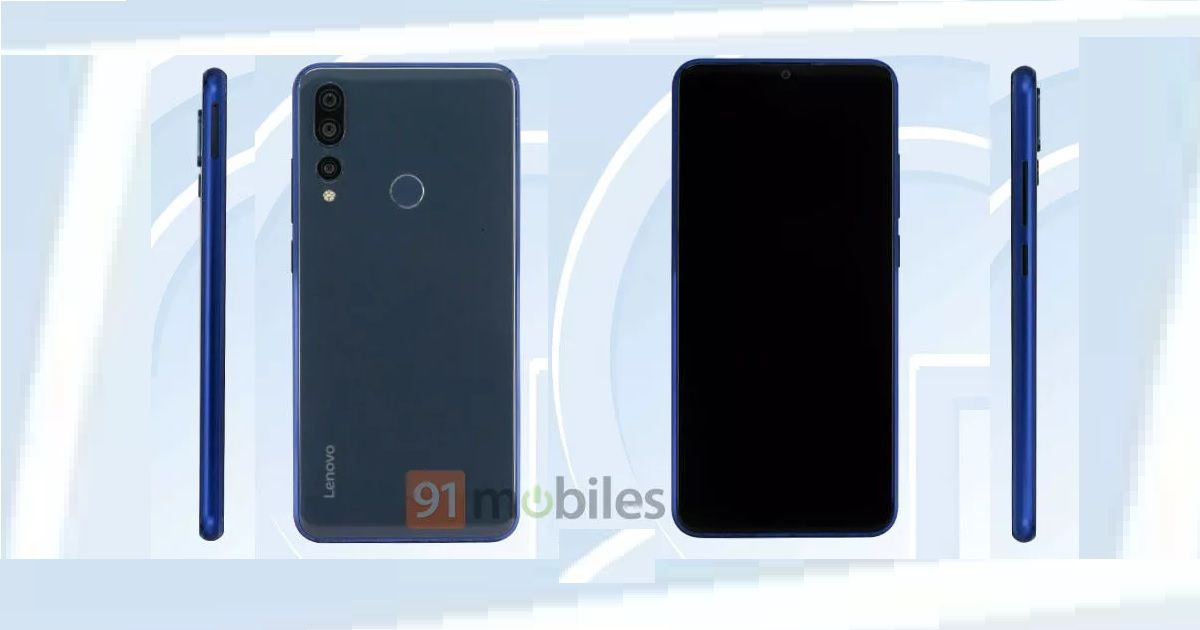 A Lenovo smartphone with triple rear camera setup made an appearance on Chinese certification site TENAA last week, suggesting the brand is joining the triple camera bandwagon sooner rather than later. Now, a Lenovo official has confirmed the name of the upcoming smartphone, quashing rumours on Chinese social networking platform Weibo that it will be part of the P series.

Lenovo Mobile Business Group Vice President Chang Chen reshared a post by a Weibo user which claimed the first triple rear camera smartphone by the brand will be named Lenovo Z5s, contrary to the Lenovo P20 Pro name that was going around in the rumour mill. The Lenovo executive confirmed the name with a caption that roughly translates to “… simply call your Lenovo Z5s, it is not called Lenovo P20 Pro.” 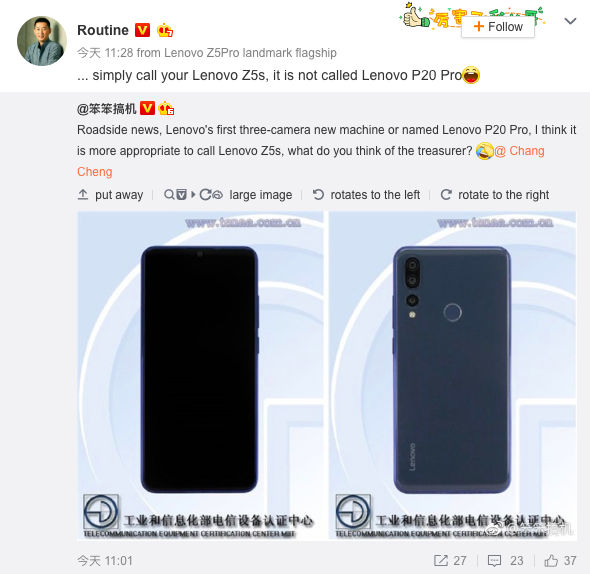 This is the first confirmation that the triple rear camera smartphone the brand has in the works will be part of the Z series. Other than that, there is not much information about the smartphone from official channels.

Earlier, the Lenovo Z5s was spotted with the codename L78071 on Weibo. The listing confirmed a few features of the smartphone, including that it will have a 6.3-inch display panel and a 3,210mAh battery. The TENAA image shows the fingerprint sensor will be on the back of the handset and the triple camera setup will be stacked vertically. In addition to this, the smartphone will measure 156.7×74.5×7.8mm in size, the listing claims. For now, this is all that has been revealed to the public, but we can expect more details to appear online in the next few weeks. There is no word yet regarding how far along in the development process the Lenovo Z5s smartphone is or will be launched.