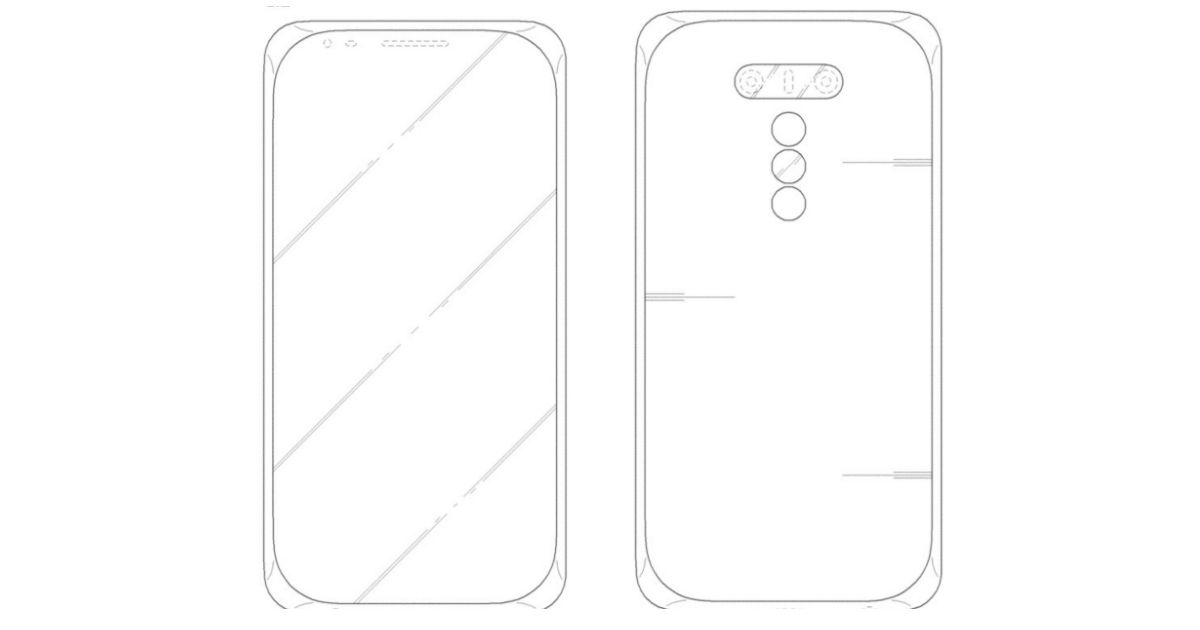 “LG patent shows off a brand new design with penta-camera setup at the back, of which three are vertically placed and two are horizontally arranged along with what looks like an LED flash”

LG filed for a smartphone design patent back in March 2018 at the World Intellectual Property Organization (WIPO), and the same was registered on May 11th 2019. The patent images show off a brand new design with a penta-camera setup at the back, of which three are vertically placed and two are horizontally arranged along with what looks like an LED flash. This also reveals extremely slim bezels on the front, except for the chin above the screen, which seems to have dual-selfie snappers and main earpiece. Its possible one of the cut out on the rear module could be for a physical fingerprint sensor, but given that most flagships these days rock an in-display unit, it’s unlikely.

The patent description reads, “That broken lines depict portions of the smartphone that form no part of the claimed design.” The 3.5mm audio jack and USB Type-C port are present alongside the bottom. Nothing much can be determined from the patent images, but LG could utilise the design for its upcoming flagships. There is a possibility that the South Korean giant can ditch the design altogether as it’s a common practice among brands to patent various designs, which never see the light in the day. We should know more in the days to come.

Separately, LG G Pad 5 10.1 tablet was recently launched in Korea. It comes with a 10.1-inch full-HD+ display, powered by the Qualcomm Snapdragon 821 SoC paired with 4GB of RAM and 32GB internal storage that is further expandable. There is an 8,200mAh battery with Quick Charge 3.0 support for fast charging. There is an 8-megapixel single-rear camera and a 5-megapixel snapper on the front for selfies. It rocks a fingerprint sensor for security.