Home News LG could be working on a phone with expandable secondary screen, patent...
Highlights 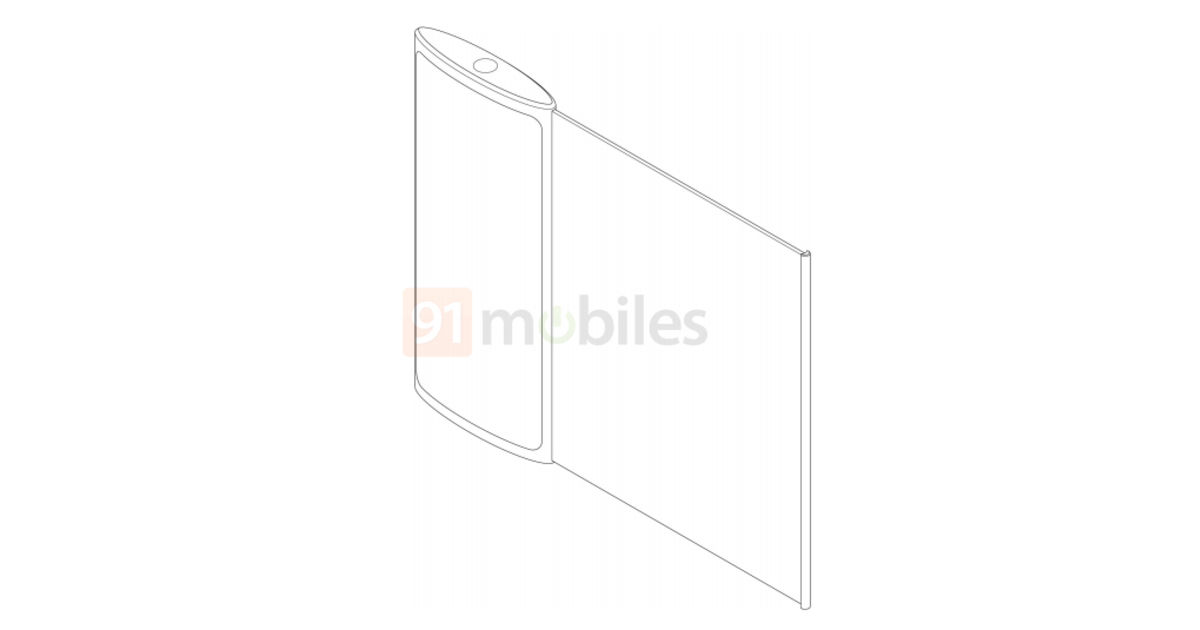 LG could be working on a new phone with a unique display design, according to a new patent filed with the China National Intellectual Property Administration (CNIPA). As spotted by 91mobiles, the design patent shows the phone will have the usual rectangular primary display on the front and a secondary screen that expands from the side. When not in use, the second screen can simply be rolled back. The LG phone’s frame seems to have an oval shape, though that can be changed. There is also a cutout on the top, probably for the pop-up selfie camera. It also looks like the screen expands from both sides. The patent was filed back in 2019 and was only published earlier today. Since it’s in the patent stage, we can’t say for sure whether LG would bring out a commercial phone with such a design anytime soon. LG already patented rollable and foldable phone designs in the past but it is yet to bring out a publicly available phone with such a design; the company even teased such a phone earlier this year. However, considering we’re in the midst of foldable design innovation, there’s a possibility we may see such designs in real down the lane. We’ll be on the lookout for more information regarding the patent and will update as and when it happens.

Separately, the LG W41 series was launched in India back in February. The lineup includes LG W41, W41+, and W41 Pro and all the three models in the series would come with a 6.5-inch HD+ display with a punch-hole cutout for the selfie snapper, and 48MP quad-cameras, placed in a rectangular module at the back. The LG phones are powered by the MediaTek Helio G35 SoC. The LG W41 comes with 4GB RAM + 64GB storage, while the LG 41+ and LG 41 Pro come in two models, 4GB RAM + 128GB storage and 6GB RAM + 128GB storage configurations, respectively. The phones pack a 5,000mAh battery with fast-charging capacity and an 8MP snapper for selfies. connectivity options such as Bluetooth v5.0 and Wi-Fi. The smartphones measure 166.5 x 77.3 x 9.3 (mm) and weigh 201 grams.