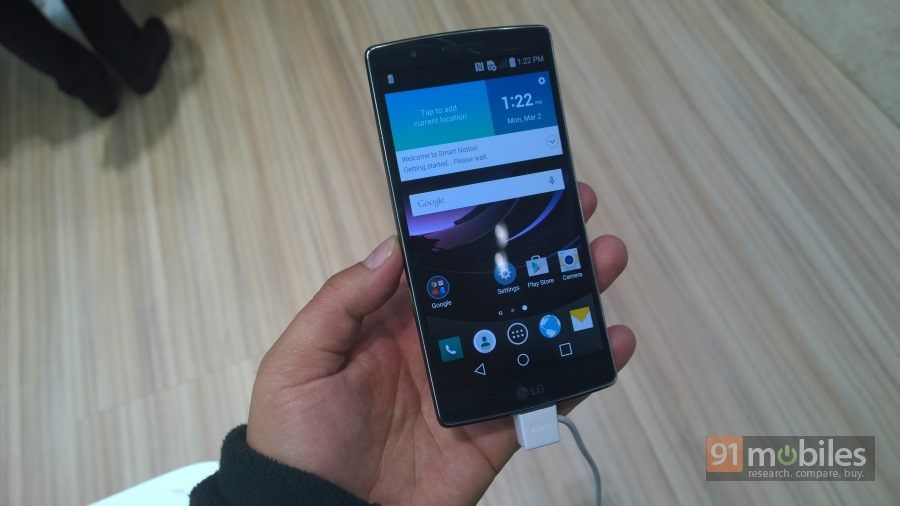 “The G Flex2 is reminiscent of Nokia’s iconic banana phone, the 8110”

LG and Samsung dived into the world of curved smartphone displays with the G Flex and the Galaxy Round, but since then, Samsung has moved into a slightly different direction with the likes of the Galaxy Note Edge (review) and the S6 edge (first impressions). LG however, has chosen to stay on the same track, and at this year’s CES, unveiled the successor to the G Flex as the G Flex2, a smartphone that takes the curves (and the ergonomics) to a different level. The G Flex2 is curvier, and therefore, hugs the contours of the face even better. Curved screen apart, the device comes crammed to the gills with top-of-the-line specs. In fact, the G Flex2 is the first to utilise the latest Snapdragon 810 SoC, which is a 64-bit octa-core chipset clocked at 2.0GHz. The smartphone comes in three variants – one that offers 2GB of RAM with 16GB expandable storage, another with 2GB RAM and 32GB storage, and the third with 3GB of RAM and 32GB storage. A 3,000mAh battery that supports fast charging powers the show. 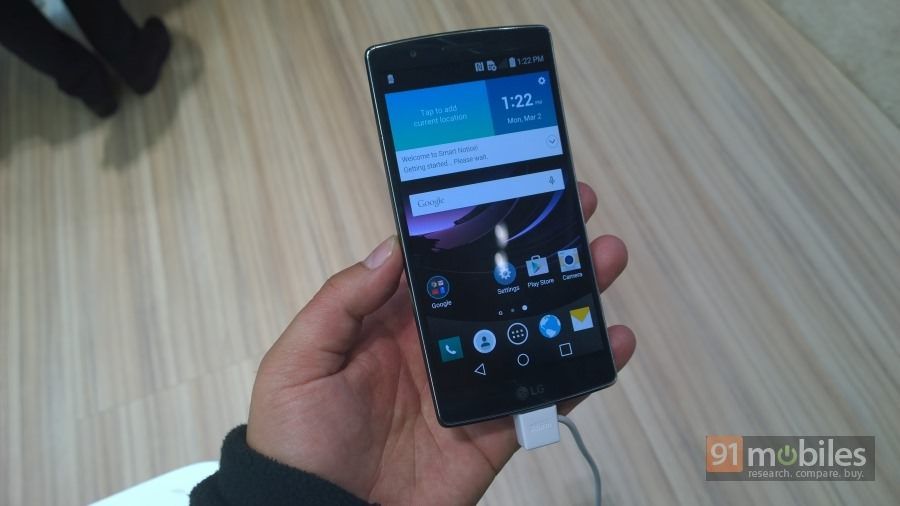 We went touchy feely with the sexy device at MWC, and checked out its curves closely. Here are our first impressions.

The curve on the G Flex2’s display is much more pronounced than earlier, and that’s the first thing that’s very apparent when one holds it in the hand for the very first time. The 5.5-inch Plastic OLED display offers full HD resolution, with a pixel density of 403ppi… and looks like a visual treat. The display is protected by the LG-developed Dura Guard Glass, which is supposedly even tougher than Gorilla Glass 3. The curved plastic body feels great in the hand, and even better when held against the face… thanks to the contours. 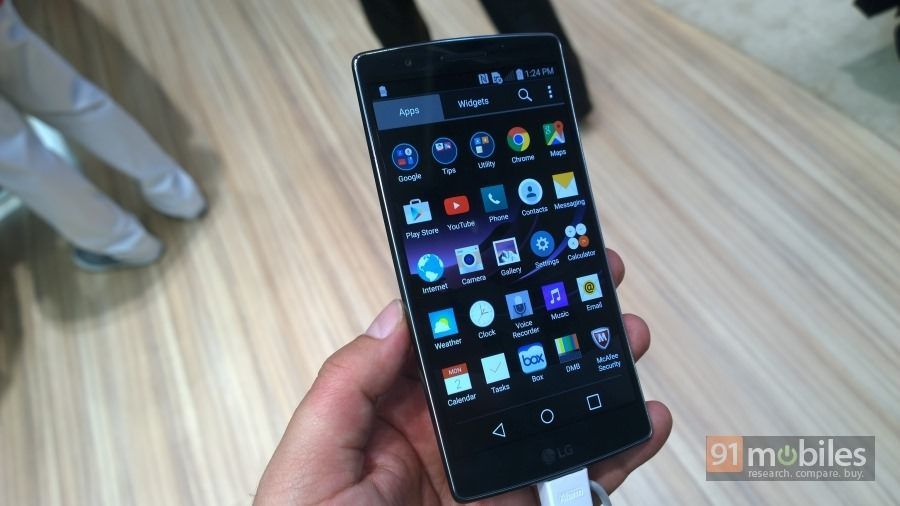 The front holds LG branding below the screen, and the usual elements such as the front camera (2.1MP in this case), earpiece and sensors on the top. You won’t find any other buttons or keys on the fascia, since the usual Android navigation keys are implemented as software overlays. 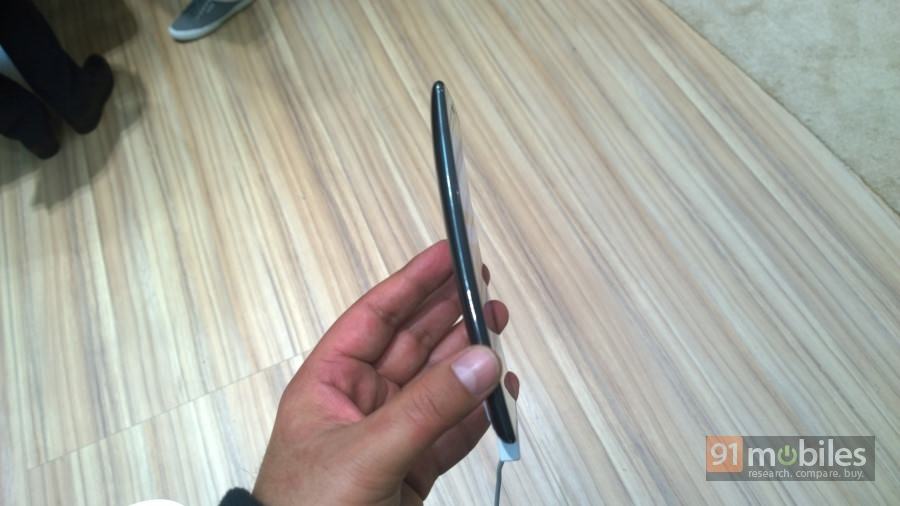 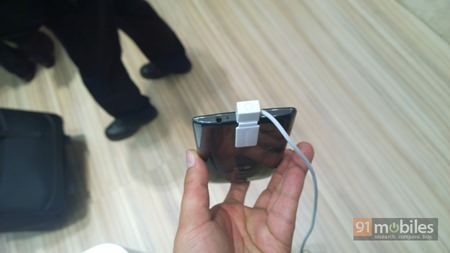 What’s more, there’s nothing on the sides too, since LG has followed its usual design methodology and placed the hardware controls on the rear. The audio socket  and micro-USB port are placed at the bottom. An infrared blaster is placed on top. 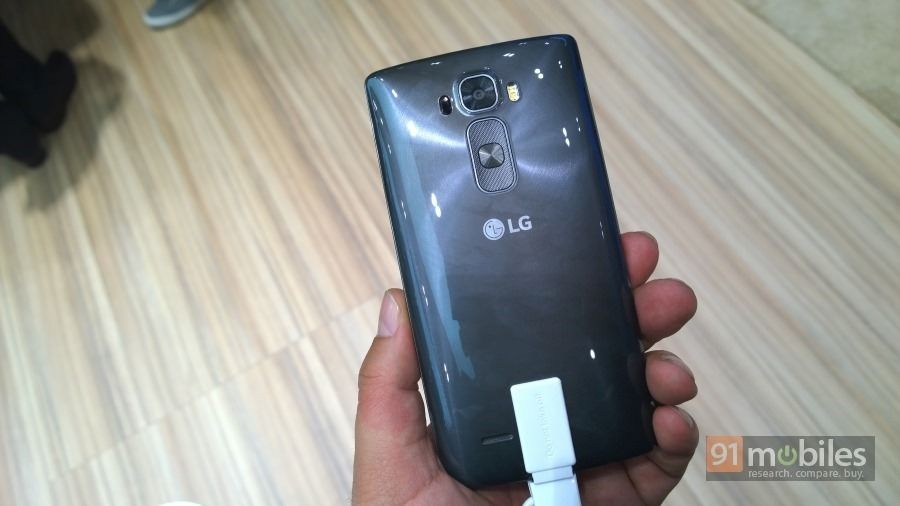 Switch to the rear and you’re greeted by a plastic rear that totes a brushed metal finish. The top half is rather busy, thanks to the camera lens, dual-LED flash, a laser transmitter and the controls array that includes a volume rocker with a power key in the middle. These controls are placed inside a wide strip, and the volume rocker sports a dotted pattern, to make it convenient to access by feel alone. The 13-megapixel primary shooter boasts OIS+ and laser autofocus too.

As your gaze slips down the curve on the rear, you’ll also see more LG branding in the middle, with a speaker placed closer to the bottom. 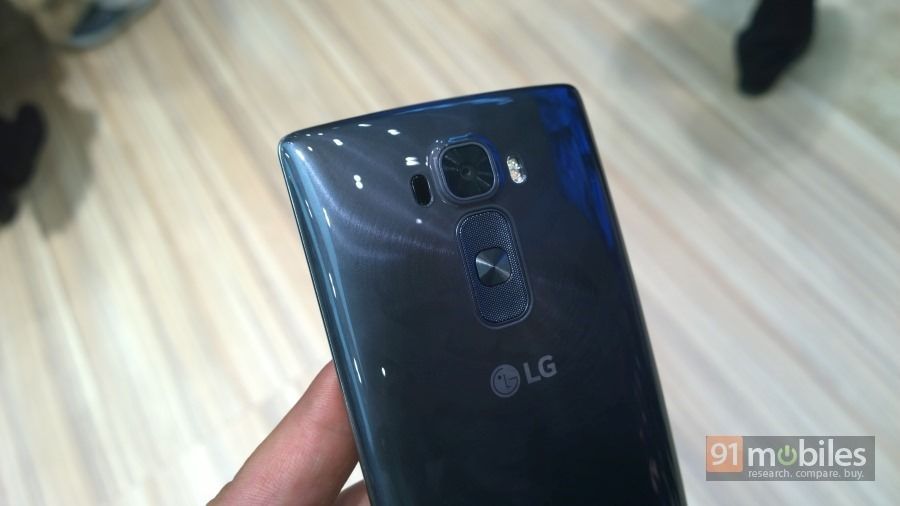 The curved screen wasn’t the only innovation flaunted by the original LG G Flex – it also boasted a self-healing back which took care of small scratches on its own. The same functionality is also there on the G Flex2 and has been improved on the new device – apparently getting rid of scratches much faster. We couldn’t try it out ourselves, but this feature is something we’re quite keen to test when the device does land in India. We did try out the interface and the operation was smooth as a baby’s bottom. 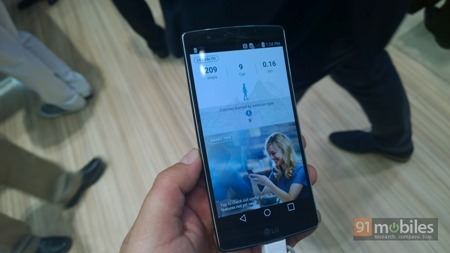 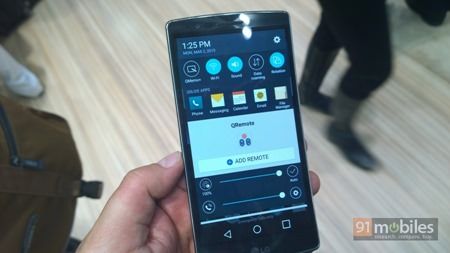 Coming to the software, LG’s custom UI takes centre stage, but this time, the underlying platform is Android 5.0 Lollipop. At first glance, the features on offer look similar to what we saw on the LG G3 (review), and we noticed stuff like the Smart Notice smart assistant, LG Health and QRemote on offer, along with other LG apps like QMemo+ and a customisable quick settings panel. 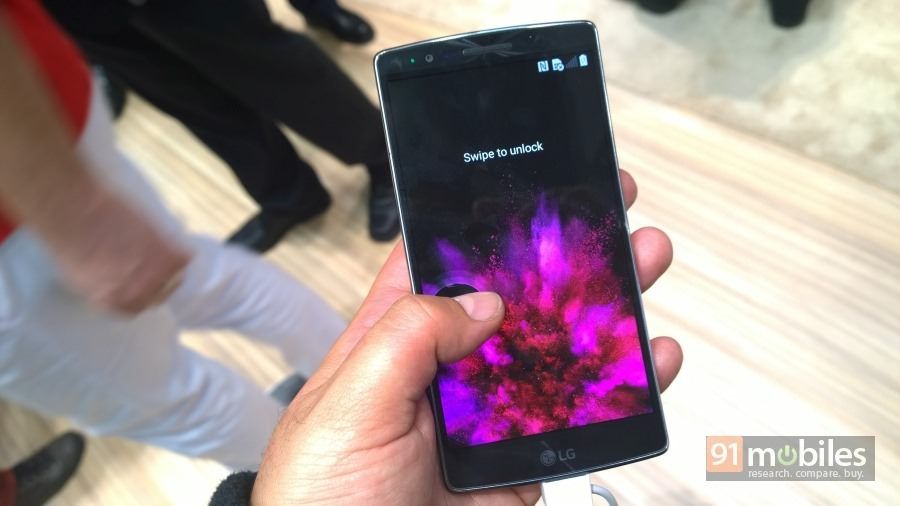 The G Flex2 is as loaded as it gets when it comes to both specs and innovation, and going by what its predecessor was priced at, we expect the new model to cost a bomb too. But going by its bombshell looks and that oh-so-divine curvy body, we’re sure it’s going to be a killer trophy gadget to flaunt. Raise your hands if Nokia’s iconic banana phone, the 8110 comes to mind. LG is hosting an event in New Delhi tomorrow, and the G Flex2 could well be unveiled in India in a few hours from now… we surely hope so.