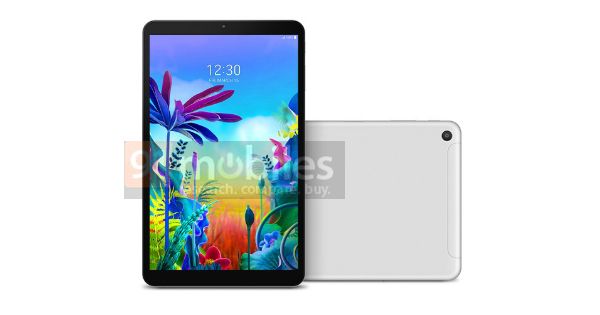 LG G Pad 5 10.1 could be on the verge of going official, and now 91mobiles exclusively brings you the images, key specifications, and price of the tablet. A reliable source has informed us that the LG G Pad 5 10.1 will rock an 8MP single primary rear camera, a 5MP front-facing snapper for selfies and video chats. A beefy 8,200mAh battery will fuel the device. The upcoming LG tablet is said to be priced at $367 (around Rs 26,000). As the name suggests, the tablet will pack a 10.1-inch full-HD+ display, though the exact resolution is unknown.

Unlike the most modern tablets, the LG G Pad 5 10.1 rocks thick bezels on all corners, which suggests it might be a budget offering. The USB Type-C port, dual speaker grills are placed on the bottom. From the images, it seems like the tablet could have a metal unibody design. Unfortunately, though, the complete specification sheet, including details regarding display size, processor and more details are a mystery for now.

We’re yet to learn the launch timeline as well, but do know that it will be headed to China, among other countries. We hope to come across more information on the tablet in the next few weeks. To recall, we have seen the LG G Pad 5 10.1 in September too, with model number LM-T600L. It has been listed online with 16:10 aspect ratio, the three-year-old Snapdragon 821 processor, LTE support, and Android Pie software.

Separately, LG recently announced the Tone+ Free truly wireless earbuds with fast charging support in Korea. It uses advanced audio tuning tech and rich signal processing tech from Meridian Audio. They are claimed to reduce digital noise, which minimises the distortion. LG says that they can provide 3D sound and come with a case, which rocks a UV nano coat against ultraviolet rays. The company claims that a mere five-minute charge can deliver up to an hour of playback. When the earbuds are fully charger, they can last a total of six hours. The earbuds also ship with an IPX4 rating and two microphones each.