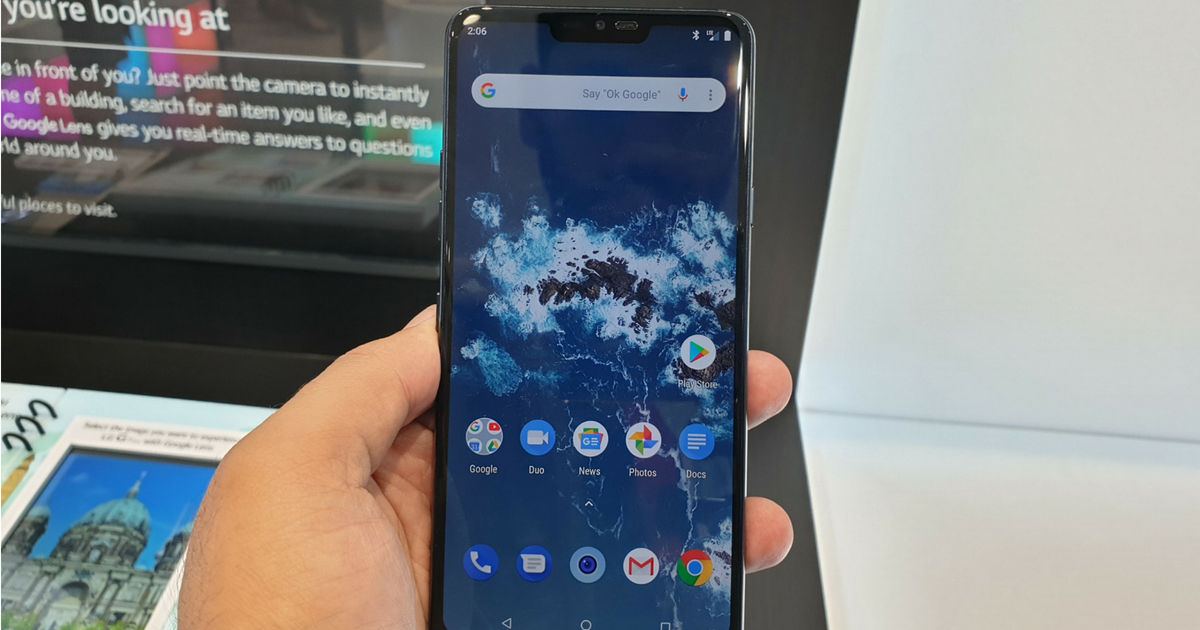 “The G7 One can be considered as a watered-down variant of the G7+ ThinQ, loaded with the pure iteration of Android”

With Android reaching over more than 2 billion devices worldwide, it seems that Google is now trying to solve the fragmentation issue it has been facing since the inception of its mobile OS. While Google has already introduced the latest iteration of Android in the form of 9.0 Pie, there are so many smartphones on the market which are running two years behind in terms of the Android version. With Android One, the Alphabet-owned company aims to take the reins in its own hands when it comes to providing major updates as well as monthly security patches. This year itself, we’re seeing more and more brands joining the Android One bandwagon. The latest in the list is the Korean giant LG, which has just released its first offering with Android One. It’s aptly christened the LG G7 One, and we managed to spend some time with the handset to see whether it’s the ‘one’ you should be waiting for. 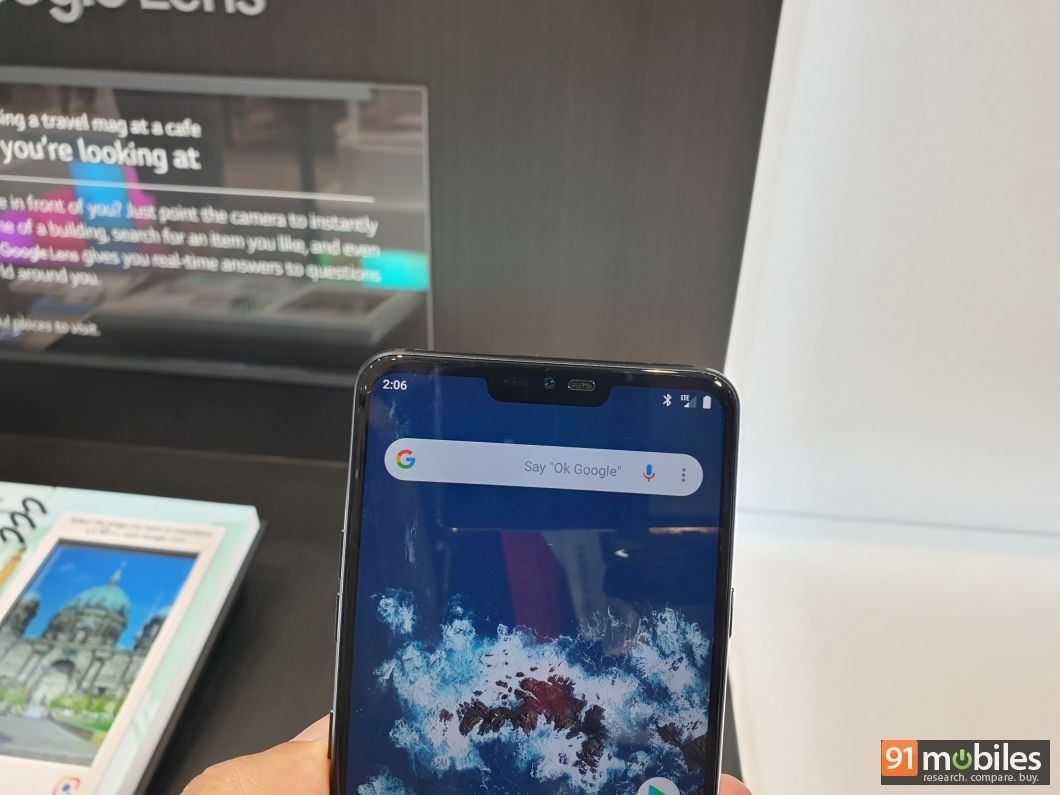 The G7 One features a 6.1-inch display with a tall aspect ratio of 19.5:9 to accommodate the notch up top. Even with a large screen, the phone can be used single-handedly comfortably, thanks to the barely-there bezels. The resolution of the screen remains the same as the one on the LG G7+ ThinQ (review) – 1,440 x 3,120 pixels – ensuring that text remains sharp and the IPS panel reproduces colours well. 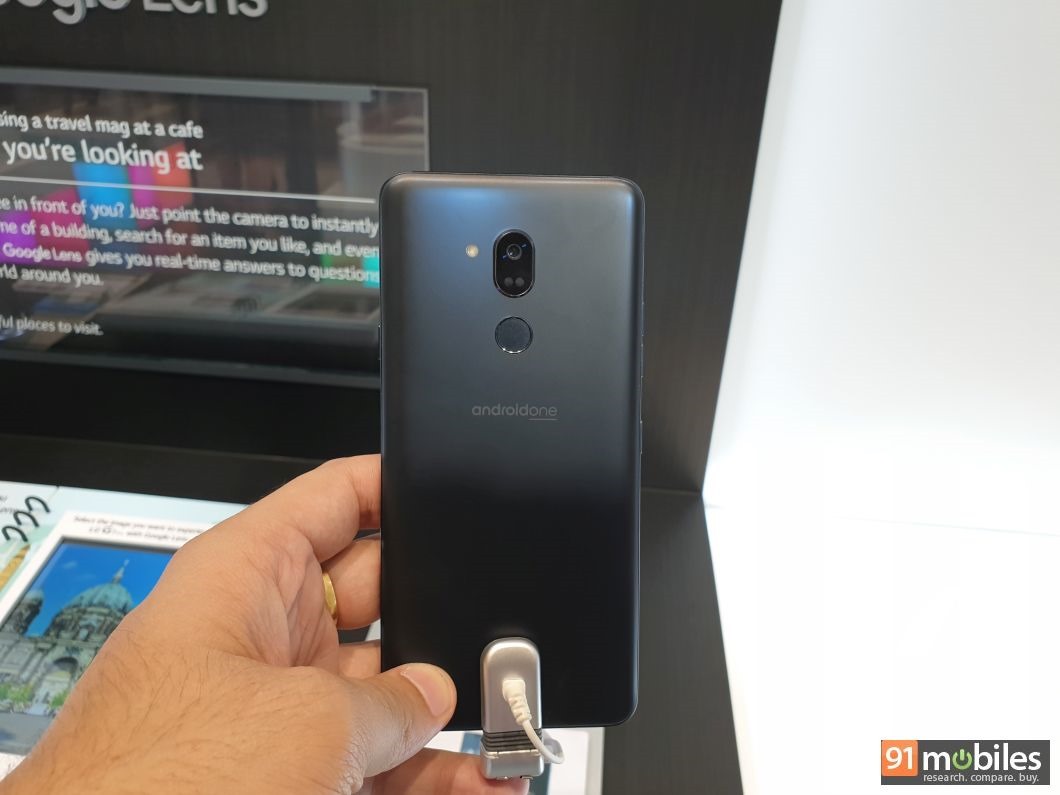 Flip to the back and the biggest difference you’ll notice is that instead of a glass panel, the LG G7 One offers a plastic rear. Still, the device manages to offer a solid in-hand feel and looks attractive. There’s a single camera module featuring a 16MP f/1.6 snapper instead of dual cameras. For selfies, the device ships with an 8-megapixel f/1.9 shooter, similar to the G7+ ThinQ. The camera app is almost stock-like with very few options, though you do get support for Google Lens out of the box. 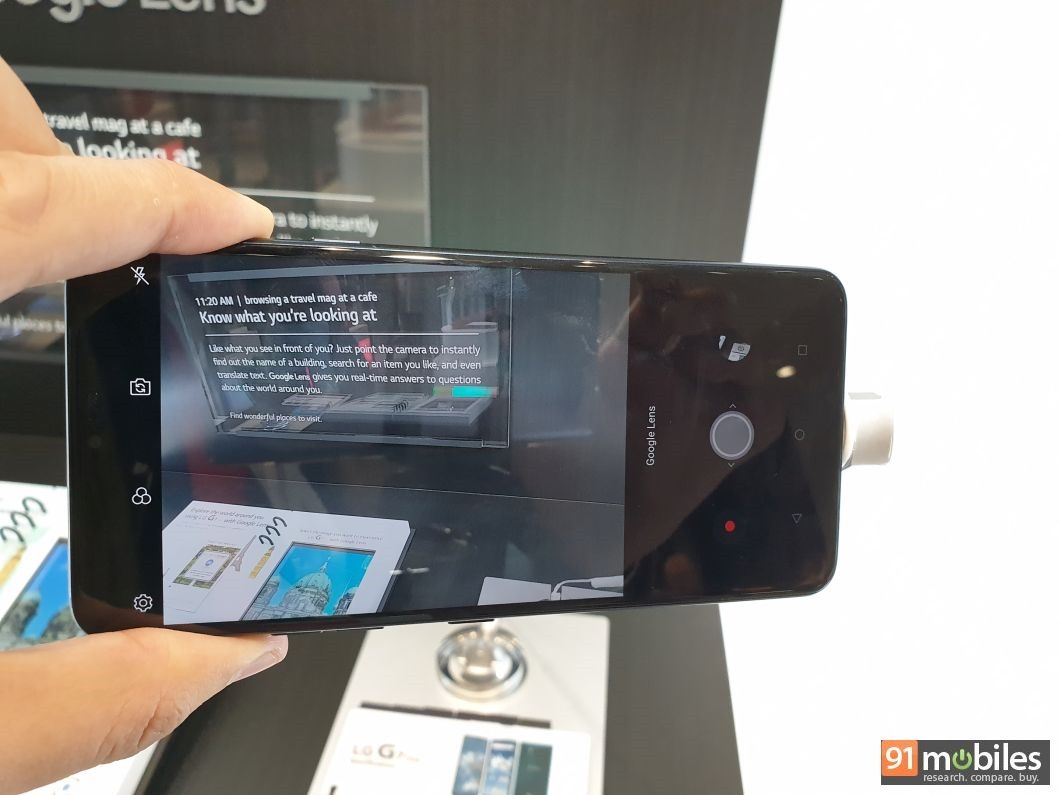 The G7 One also comes with IP68 protection along with MIL-STD 810G rating, making it dust- and water-proof as well as durable enough to last extreme conditions such as humid environments. The button and port placement aren’t much different from its flagship sibling either, with both the volume keys and the power switch placed on the right. The ejectable SIM tray (it’s a single-SIM device) is available on the left spine, while the 3.5mm audio socket (yes, it’s there, and even comes with Hi-Fi Quad DAC) and the Type-C socket can be found at the bottom. The phone also offers a Boombox speaker, which promises to offer loud sound output even with a single-firing unit. While we weren’t able to test this capability, it’s been proven to work on the G7+ ThinQ.

Under the hood, the LG G7 One is among the most powerful Android One smartphones on the market. That’s because, while it doesn’t come powered by the latest and greatest flagship from Qualcomm, the phone utilises the chipmaker’s flagship SoC from last year, the Snapdragon 835. The processor is mated to 4 gigs of RAM, and the combination should make sure that the handset can work smoothly while doing basic tasks and even while gaming or multitasking. The storage onboard is 32GB, which can be topped by another 2TB by making use of a microSD card. 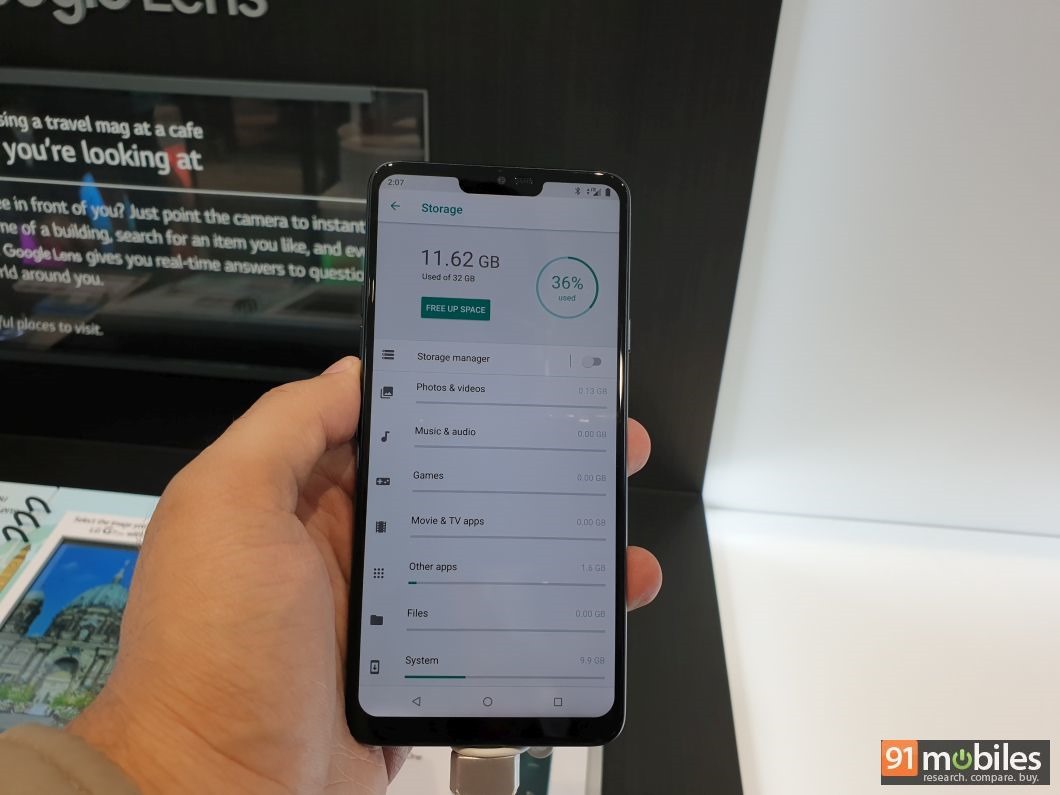 Of course, the software on the G7 One is the vanilla iteration of Android. The interface is the same as what you’ll find on the Pixel smartphones, and there’s no bloatware either. Powering the show on the LG’s offering is a 3,000mAh battery. 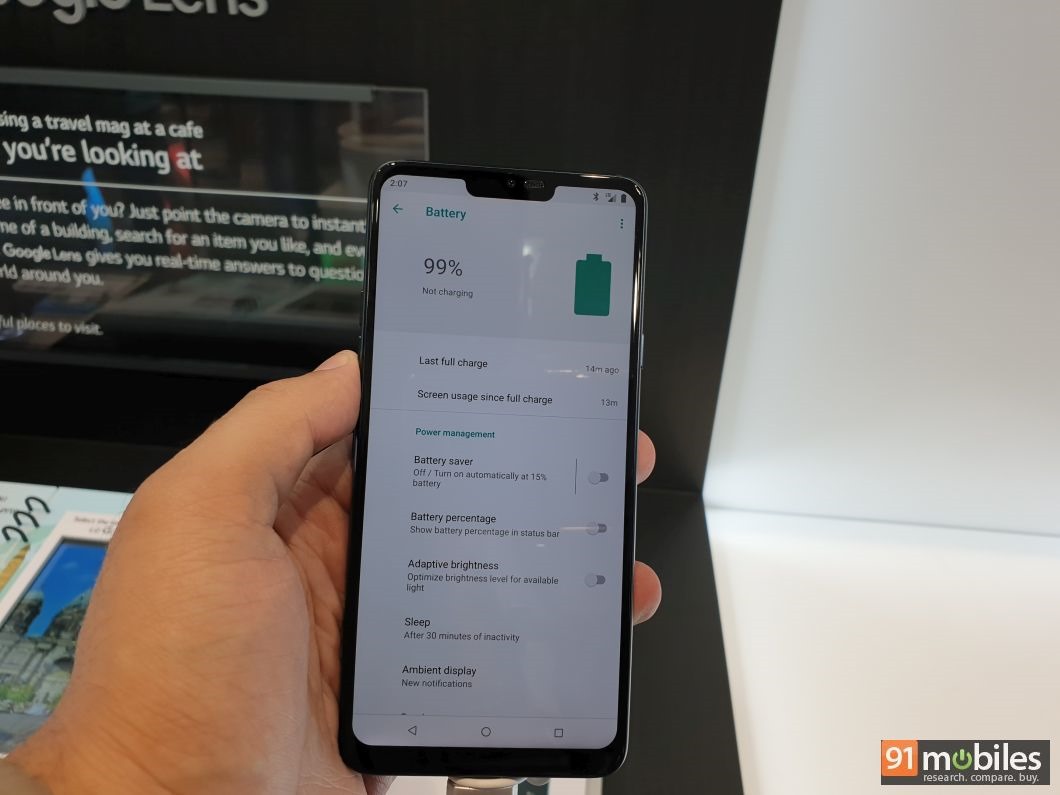 Sadly, the South Korean brand hasn’t revealed pricing or availability details of the G7 One. Considering LG has started taking an aggressive stance in the Indian market with the G7+ ThinQ being priced attractively at Rs 39,990, we hope the LG G7 One makes its way to India and is priced aggressively too.