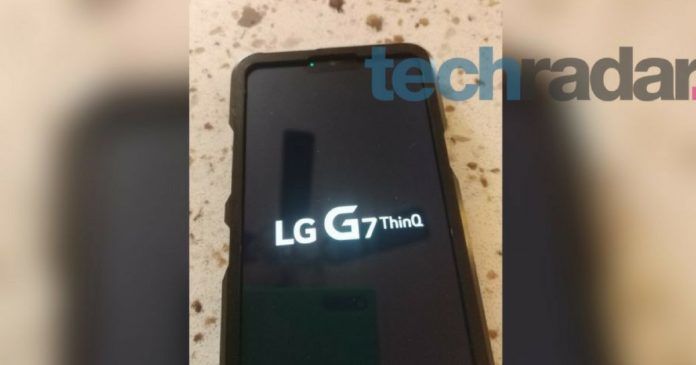 Last year, there were rumours that South Korean rivals, Samsung and LG are both set for an early release for their respective flagships in the month of January. Since then, Samsung has gone ahead and launched its flagship duo – Galaxy S9 and Galaxy S9+ (review) at MWC 2018, and we are yet to lay our eyes on LG’s launch. However, LG’s next – G7 has been popping up on Internet a lot lately. The handset was recently spotted in an alleged promotional poster and CAD-based renders obtained by The Mr. Phone and popular tipster Onleaks. Now, TechRadar has shared hands-on images of the alleged LG flagship.

In the leaked images, we see the boot logo of the smartphone, which reveals the name to be LG G7 ThinQ. This means that in terms of nomenclature, the company will be along the lines of LG V30s ThinQ (first impressions) and offer the upcoming handset with advanced AI integration. The LG G7 ThinQ itself seems to be covered by a rugged protective case, but we can see that it will come with a notched display and bezel-less front. The notch on the handset seems to be housing the led notification light, selfie camera, and the earpiece. On the plastic case, we can see three cutouts, two on the left edge for volume rockers and dedicated AI button, and one on left for the power button. Apart from this, much else is not visible from the image. 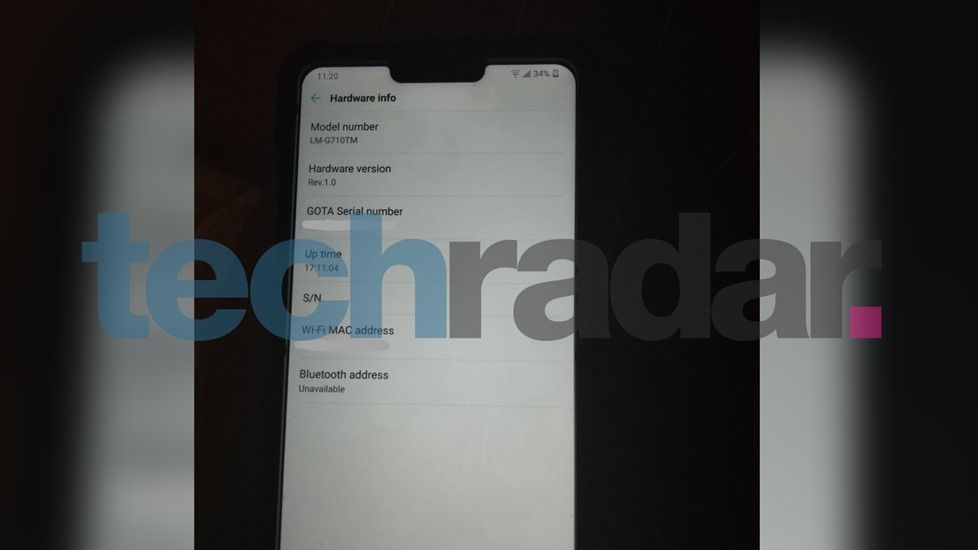 Coming to the core specs, the LG G7 ThinQ is speculated to come with a 6.1-inch display,  flaunting the 19:9 aspect ratio. The source suggests that the upcoming smartphone from the brand will be powered by the top-tier Snapdragon 845 SoC, which will be accompanied by 4GB RAM and 64GB of storage. Further, TechRadar claims to have received AnTuTu benchmark score for the handset, which is said to be 2,52,473. Notably, this would be one of the highest scores by any smartphone at the moment and thereby we can expect the upcoming handset to be a performance powerhouse. However, nothing else is currently known about the upcoming flagship at the moment.

It is being speculated that the South Korean handset maker will launch the upcoming flagship towards the end of April and release it next month. We will bring you more updates as soon as they pop-up, stay tuned.