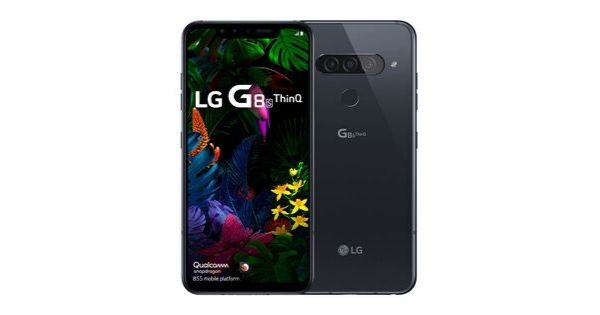 LG has announced a brand new flagship class smartphone in India. The LG G8s ThinQ is the latest in the ThinQ line-up and is powered by the Snapdragon 855 chipset. It also comes with features such as Hand ID, which uses a time-of-flight and infrared sensor to unlock the smartphone by scanning the pattern of veins of the hand. There’s also Air Motion, which lets users control certain functions of the smartphone using hand gestures. This feature was first introduced with the LG G8 ThinQ, which was unveiled at the MWC 2019. The LG G8s ThinQ is the successor to the G8 and includes a triple-rear camera setup.

The LG G8s ThinQ price in India will be Rs 36,990 for the sole 6GB RAM + 128GB storage configuration. The smartphone will be available in Mirror Black, Mirror White, and Mirror Teal colour options. Interested customers will be able to purchase the phone starting today from authorised resellers.

LG G8s ThinQ offers the unique Hand ID mode to unlock the phone with hand gestures. The new flagship comes with dual-front sensors, housed inside a notch, which features an 8-megapixel sensor paired with a time-of-flight unit. This enables Air Motion, Hand ID, and Face Unlock features on the G8s ThinQ. The phone gets a 6.2-inch FHD+ OLED display and is powered by the Snapdragon 855 processor, which is paired with 6GB RAM and 128GB storage.

At the back, the LG G8s ThinQ comes with a triple-rear camera, as opposed to the dual camera setup on the G8 ThinQ. There’s a 12-megapixel standard sensor with f/1.8 aperture, another 12-megapixel telephoto sensor, and a 13-megapixel ultra-wide sensor with 137 degree field of view. The phone gets IP68 water- and dust-resistance rating and MIL-STD 810G certification. It is backed by a 3,550mAh battery with support for Quick Charge 3.0. It runs Android 9.0 Pie out of the box with a custom skin on top.