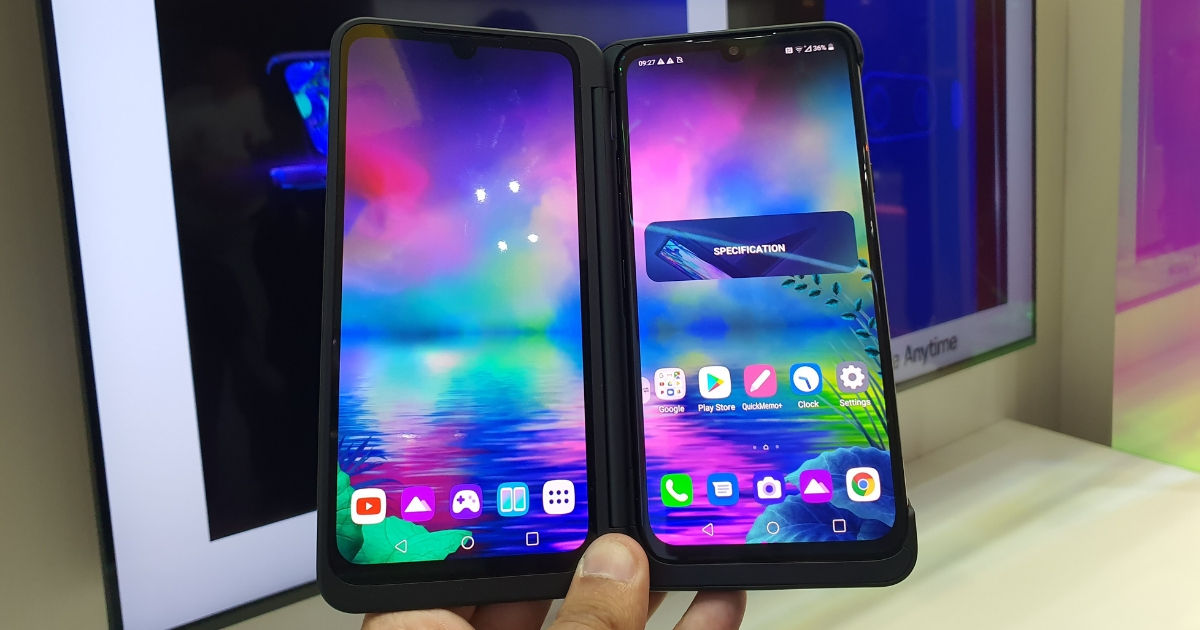 “The LG G8X ThinQ is an iterative upgrade over the G8 ThinQ, but it’s the Dual Screen that makes it more interesting”

At MWC 2019, LG announced two smartphones in the form of the G8 ThinQ (first impressions) and V50 ThinQ . Along with flagship hardware, the South Korean giant offered a unique accessory dubbed Dual Screen for the V series flagship. Now, at the ongoing IFA 2019, LG has announced an iterative upgrade to the G8 ThinQ in the form of the G8X ThinQ, but what has caught my attention is the updated Dual Screen which works with the handset. So let’s take a quick look at the new G8X and its dual screen. 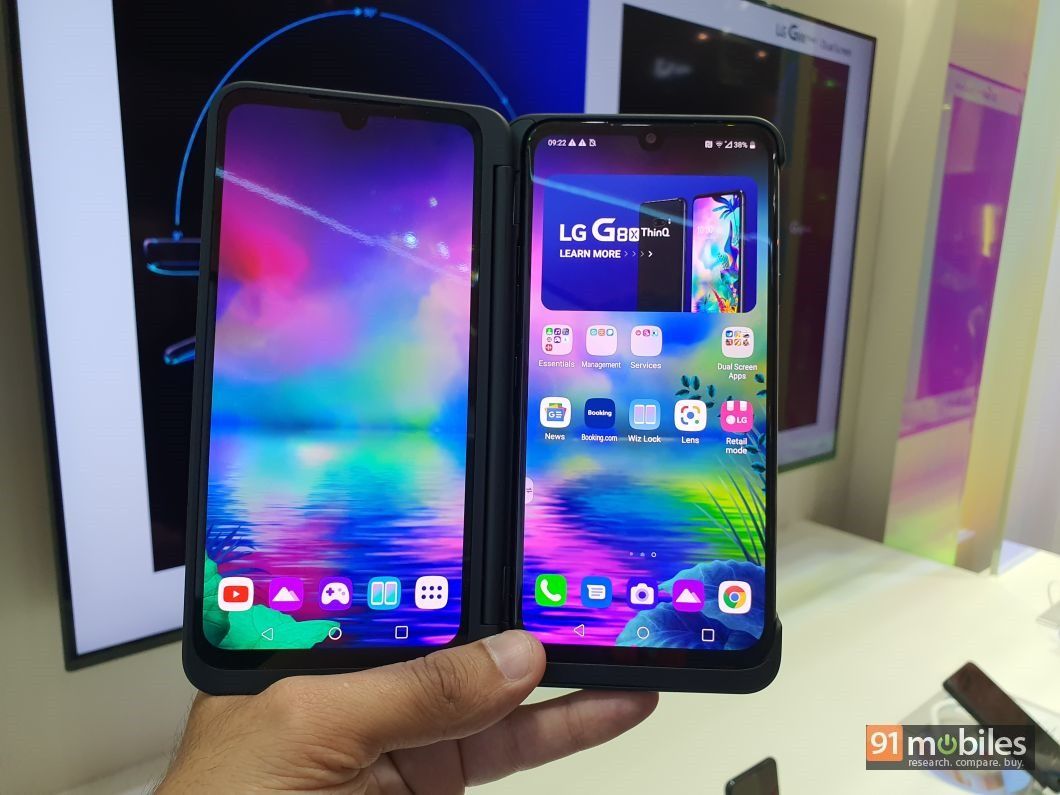 Let’s get the obvious out of the way: the LG G8X ThinQ is a minor update to the G8 ThinQ – especially internally. That means you get the dependable Snapdragon 855 humming inside, working along with 6GB or 8GB RAM. The storage stands at 128GB, and you can top it up further with the use of a microSD card. You also get the same camera setup at the back… which sadly suggests that the G8X ThinQ doesn’t match up to 2019 flagships as it sports a 12-megapixel main shooter paired with a 13-megapixel ultra wide-angle sensor. Thankfully though, LG continues to offer the good ol’ headphone socket, which combined with Dolby support, should offer good audio.

So what’s changed? Well, the screen size has been increased to 6.4-inches, instead of 6.1-inch panel on the LG G8 ThinQ. The selfie camera has also received a much-needed upgrade as it’s a 32MP sensor, but since it uses pixel-binning tech, it’ll only capture at 8-megapixel resolution by default. The device also comes fuelled by a higher-capacity battery of 4,000mAh. 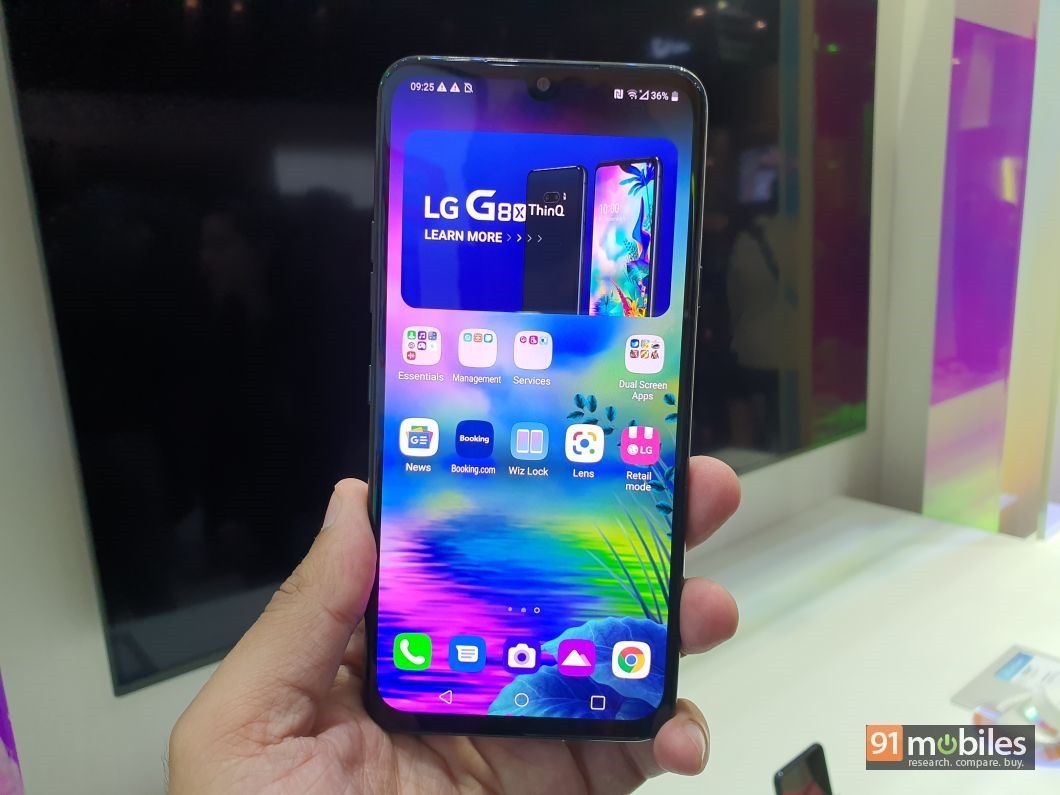 On to the dual screen. Well, we’ve seen LG implement this with the V50 ThinQ, but the company has just made it better this time around. Firstly, instead of connecting with the smartphone via pogo pins, you can connect it via the USB Type-C port. The Korean giant has also ensured that both the Dual Screen is symmetrical with the G8x ThinQ and hence it features a 6.4-inch panel with a notch, which is quite distracting as the one on the secondary screen doesn’t serve any purpose. One thoughtful addition however, is the cover display on the outside. The 2.1-inch screen provides useful info like time, battery status and notifications up front, so that you don’t need to open it every now and then. The hinge can be moved 360-degrees too, which in a way turn the combination into a foldable smartphone. 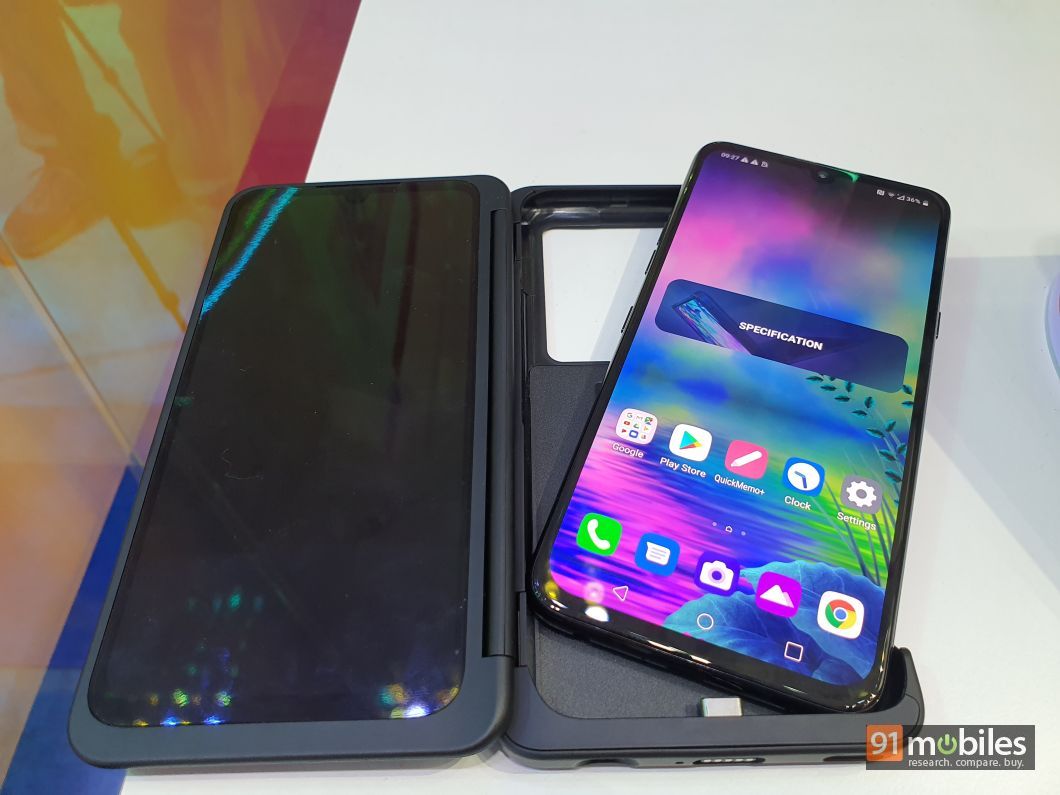 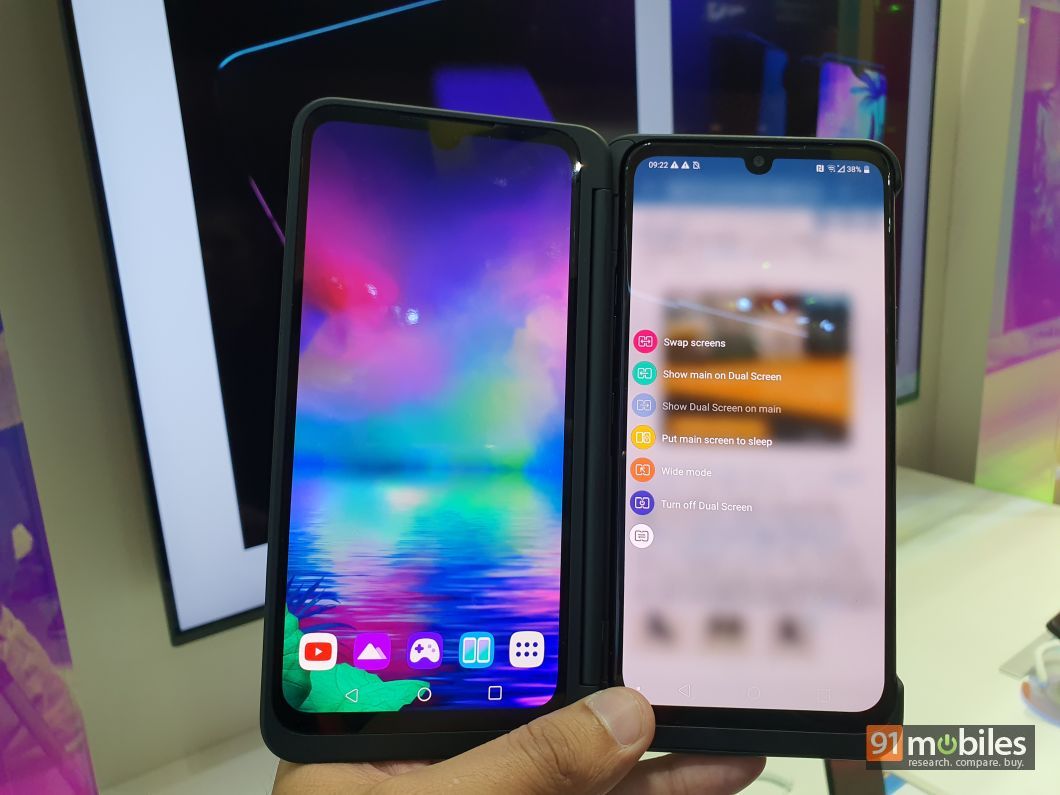 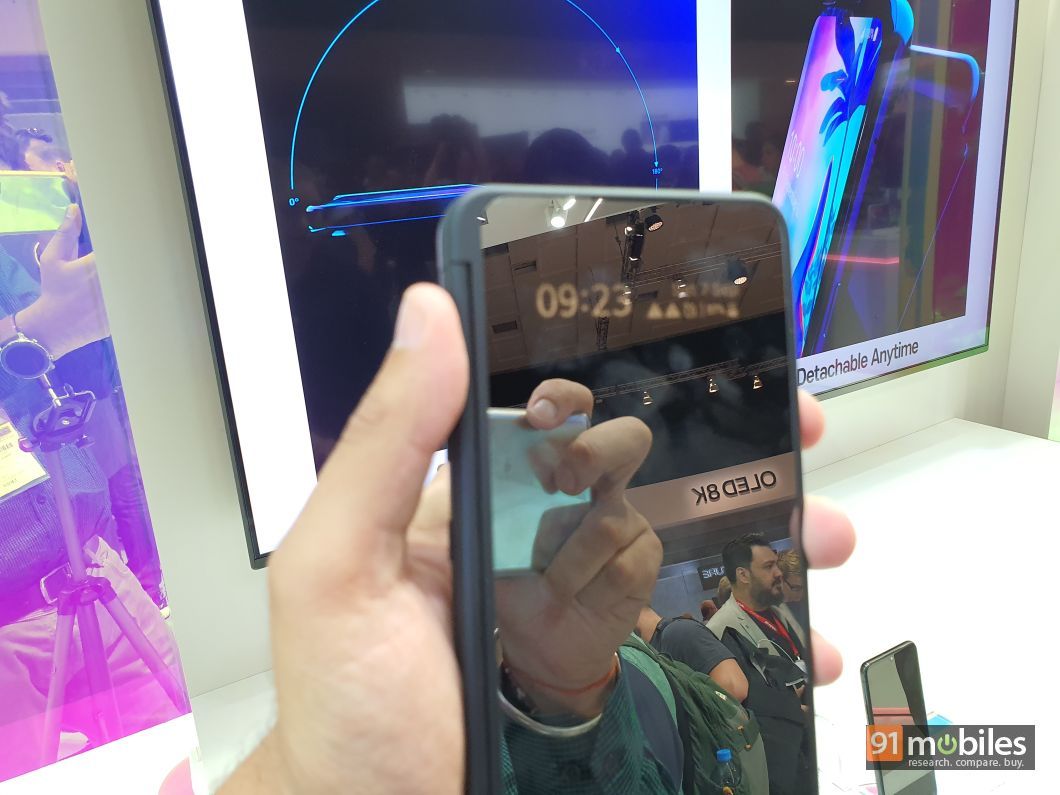 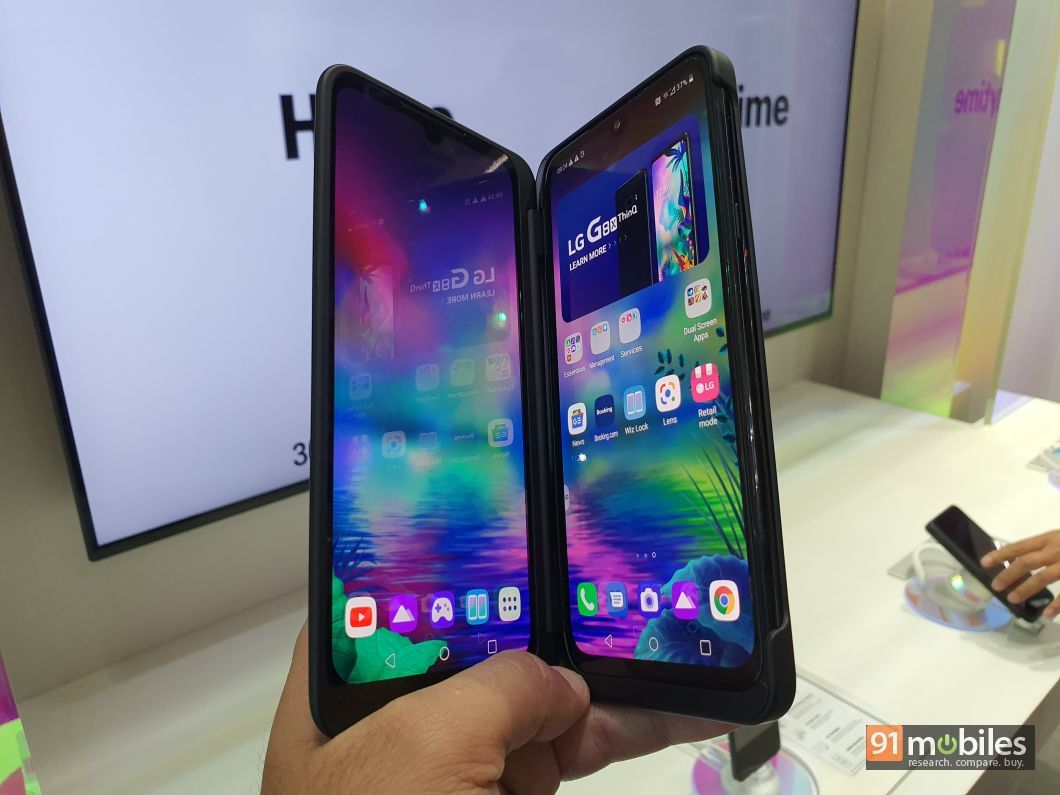 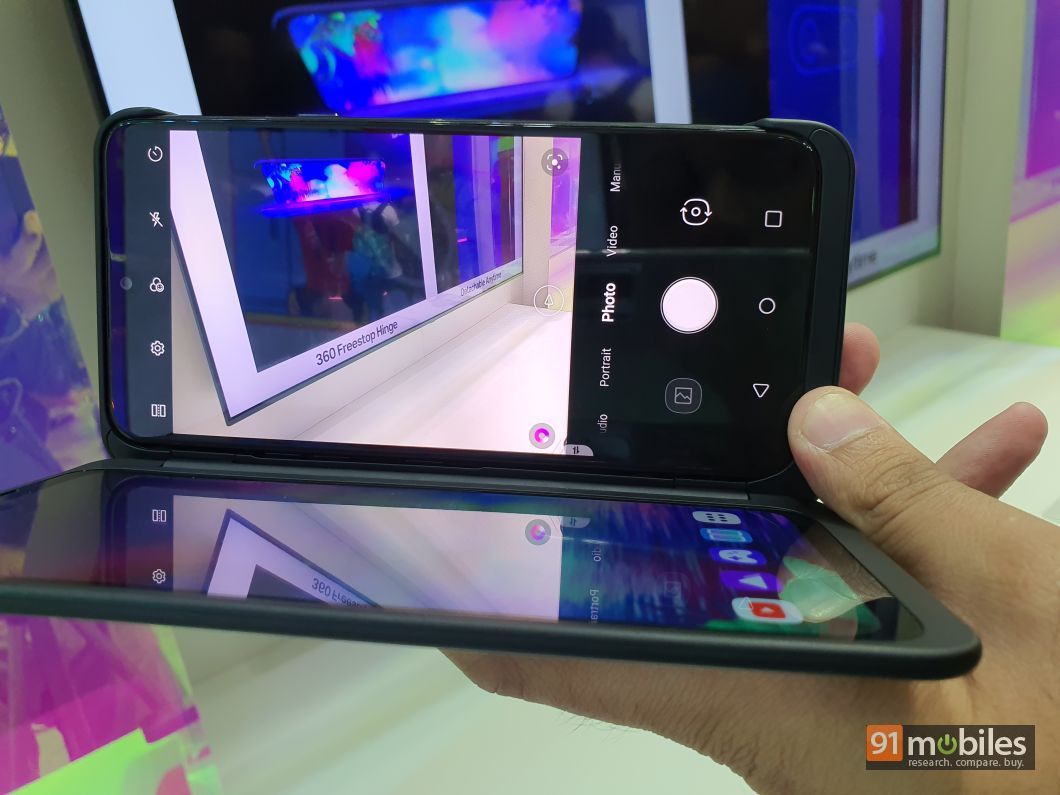 Considering both the LG G8X ThinQ and Dual Screen feature OLED displays, you can expect to get high contrast and vibrant visuals.

Now the major question would be how to use the secondary screen? Well, unlike foldable phones, you won’t be able to use LG’s G8X ThinQ and the accessory as one seamless screen to enjoy multimedia content or reading eBooks, for there’s a thick joint in the middle. LG suggests that the secondary screen can help you do things like watching videos and net surfing together or run Google Maps while doing something else at the same time. Sadly, even though it may seem like a communicator in this fashion – typing in the landscape mode is quite difficult on the secondary screen. 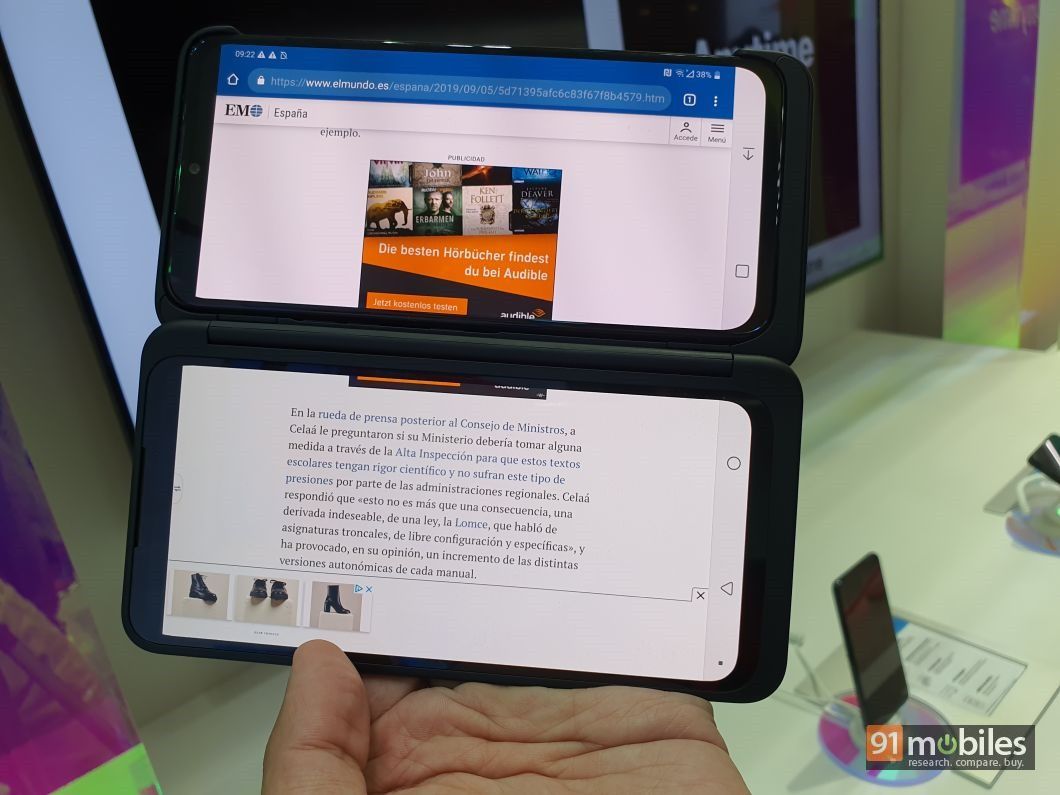 The LG G8XThinQ is an interesting offering, and maybe bridges the gap between the usual phones and foldable phones of the future. In a way, it’s not an entirely new idea either. Remember ZTE’s Axon M (first impressions)? However, it all depends upon the pricing, and whether or not the company bundles the Dual Screen with the smartphone or not.