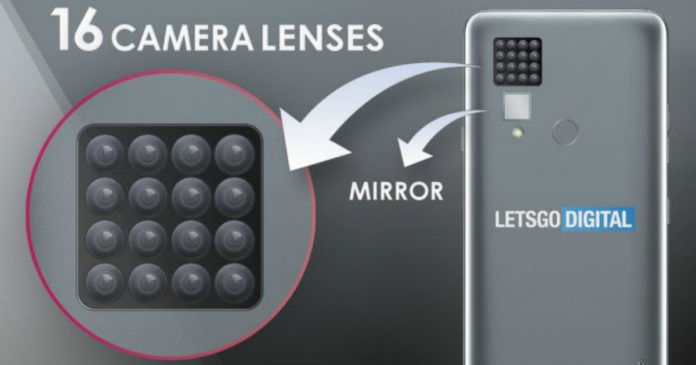 “With a staggering 16 cameras on board, LG’s patented architecture can take photos of the same subject from multiple angles, and process different permutations of the same.”

Word circulating on the internet will have you believe that multiple camera setups in smartphones is here to stay. This year itself, Huawei presented a smartphone with three cameras, while only a few days ago, Samsung did one better and launched a smartphone with four cameras making up its rear-facing module. This seems to have irked the engineers at LG’s imaging department, who wanted to hit back at all other companies working on multi-unit smartphone cameras. As it turns out, they found a way.

A few days ago, LG received a patent from the United States Patent and Trademark Organisation (USPTO) for a smartphone that accommodates a staggering 16 cameras at its rear. The entire arrangement is kept in a 4×4 matrix, and while the specifics are not clear yet (it’s only a patent), LG has free will to include lenses of varying focal length to produce a wide gamut of results — although, we’re not yet sure how LG plans to fit all the 16 different sensors that will be required to run all the 16 cameras, independently or in unison. 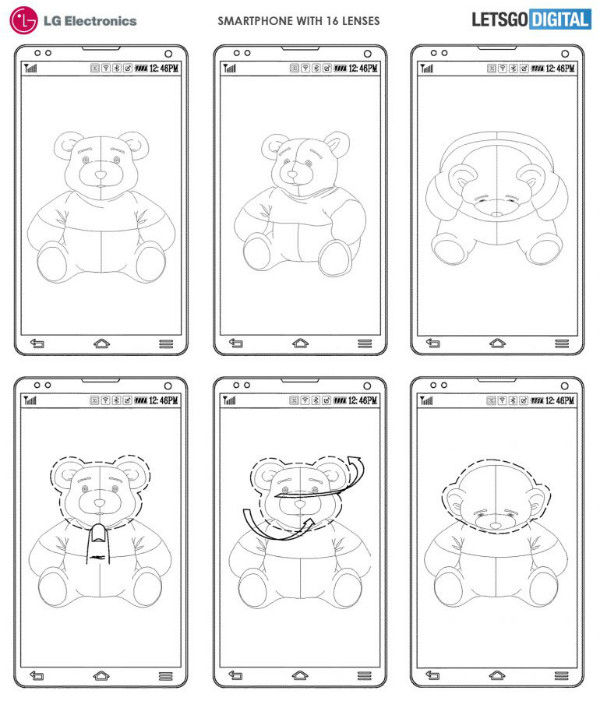 Interestingly, LG is not the only company that seemed to find practicality in imagining a smartphone with 16 cameras. A little more than a year ago, camera manufacturer Light built the ridiculous-looking L16 — a camera with dimensions as compact as a smartphone. The Light L16 had a staggering 16 lenses with different focal lengths, for all sorts of optical insanity and creativity that you can think of. While the mechanisms certainly differ (Light used 16 different lenses for one camera, while LG’s patent clearly specifies a 16-camera setup) and you may argue about whether such arrangements would ever be needed, it is important to note that such mechanisms have been successfully built already, so LG’s 16-camera patent may actually turn into production form, some day.

These 16 lenses seem to be arranged in a different set of angles, which help take a sort-of surround photograph of the subject. If it ever makes it to production, there probably will be a powerful image signal processor that will allow the camera to produce a range of photo types — standard, telephoto, blurred background, 3D, live, varying angle (with movable subject) and so on. It may also be able to create stereoscopic 3D images of everyday moments, although we cannot imagine that to be anything more than a novelty.

Nevertheless, it is certainly intriguing, and not in the least surprising, that a company already holds a patent for a 16-camera smartphone mechanism. While this would have indeed sounded bizarre about a year or two ago, it certainly isn’t beyond the paradigm of imagination any more.