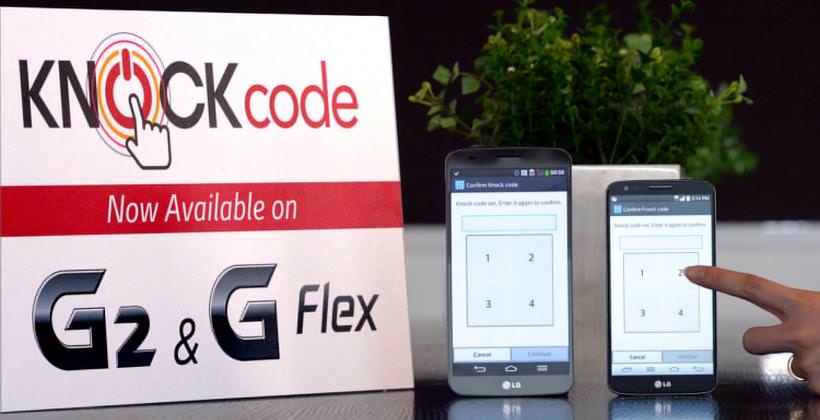 LG’s Knock Code feature, introduced with the LG G Pro 2 flagship, is coming to more LG smartphones in April. Knock Code allows users to unlock their phones by tapping a customisable sequence on the screen. This feature is already present in the F Series, L Series III and the LG G2 Mini smartphones. LG will be rolling out a firmware update to bring this feature to its older smartphones. LG G2 and G Flex users in select countries will be the first to get the update. LG claims that Knock Code offers a greater level of security than a conventional passcode, pattern-based unlocking and even fingerprint sensors. Knock Code allows users to make more than 80,000 possible combinations by tapping on the four designated areas of the screen. What’s your take on the Knock Code feature? Share your views in comment box below.
ShareTweetShare
Share