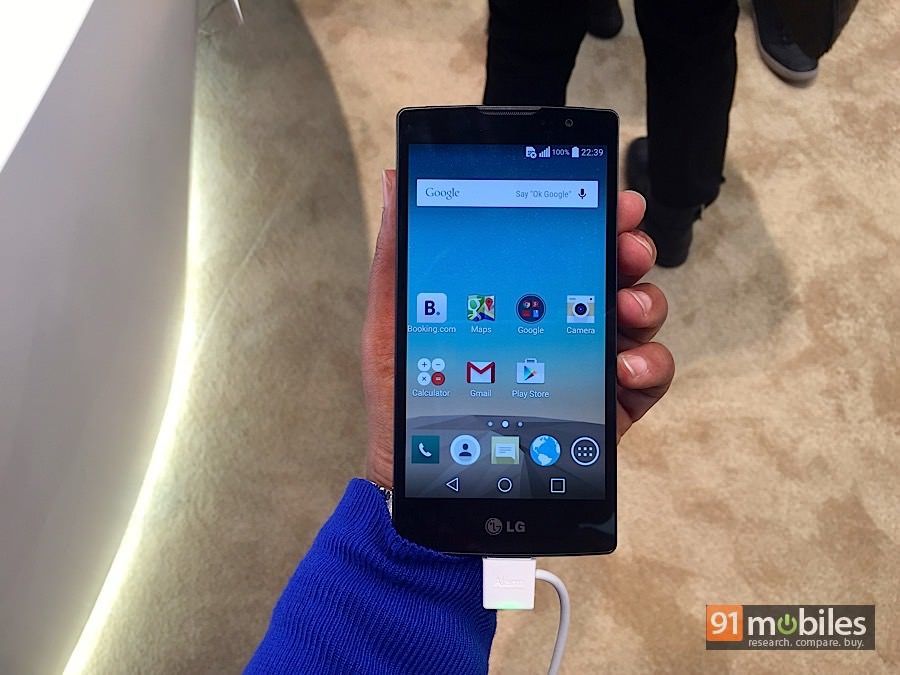 “LG’s new mid-rangers get curved displays, Android Lollipop and 4G. We went hands on at MWC” 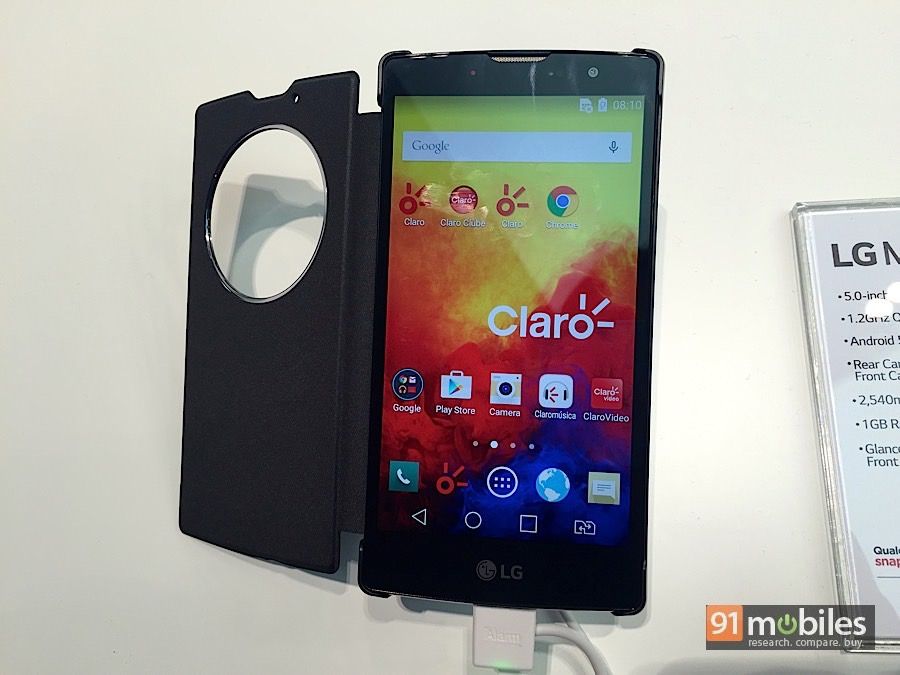 Over the past year, we’ve been spoilt for choice in the flagship and budget smartphone categories, but the mid-range segment has been sadly left out. If you’re looking for a decent mid-ranger, chances are you might consider something out of Samsung, HTC or Sony’s kitty, which aren’t exactly exciting. The other established player, LG, has been equally dull in the mid-range arena, but now it looks like the company is looking to shake things up.

The company recently launched a quartet of devices, the Magna, Spirit, Leon and Joy. While the Leon and Joy fall into the budget category, the Magna and Spirit are mid-range devices which share many features. To make them more enticing to users, LG has loaded them with several features usually reserved for its high-end smartphones. Most significantly, the smartphones feature curved displays, ala the LG G Flex and G Flex 2 (first impressions). But unlike the G Flex series, the curve is very subtle, and you’d be hard pressed to notice it while using the phones, although it’s more apparent when viewed from the sides. 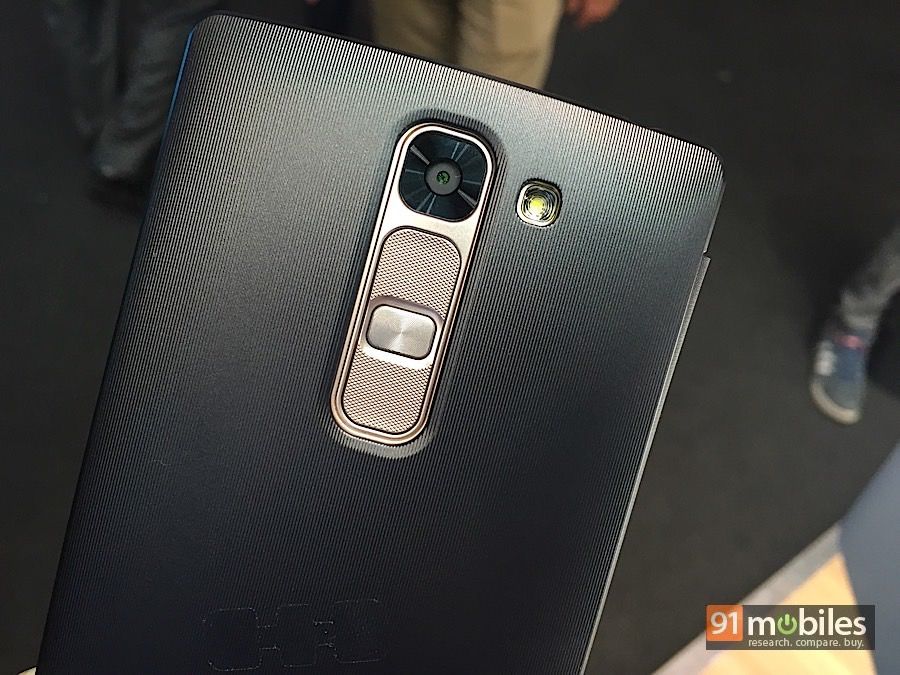 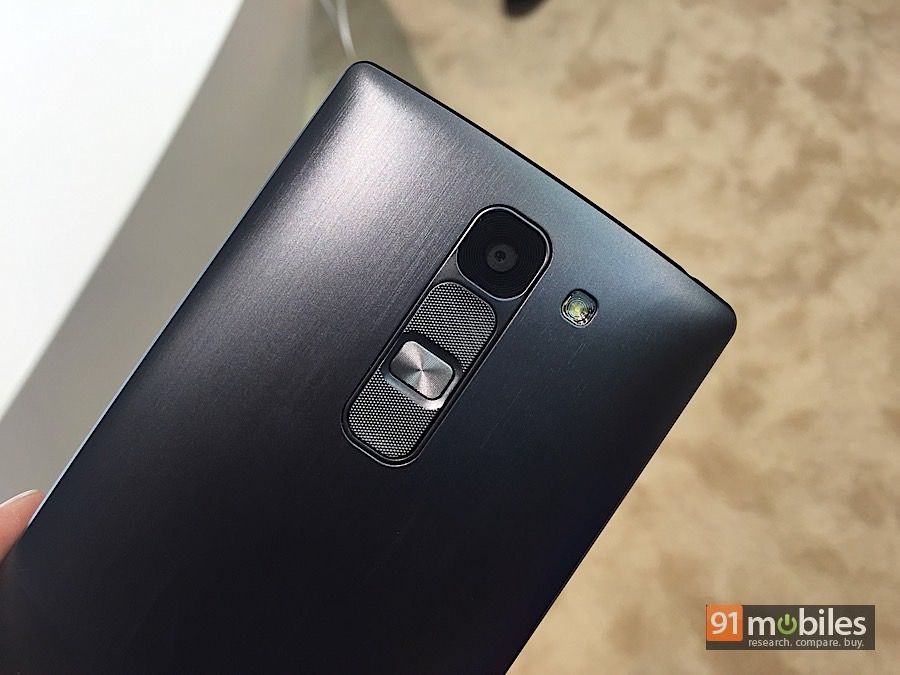 The display aside, both smartphones feature the power and volume buttons on the rear, like we’ve seen on higher-end LG phones in the past. Sweetening the deal, the Magna and Spirit run Android 5.0 Lollipop, which is refreshing to see on mid-range devices. They also feature LG’s custom UI which we’ve seen on the likes of the LG G3 earlier. Among the notable features are Knock Code and Glance View, which we’ve discussed in detail in our G3 review. 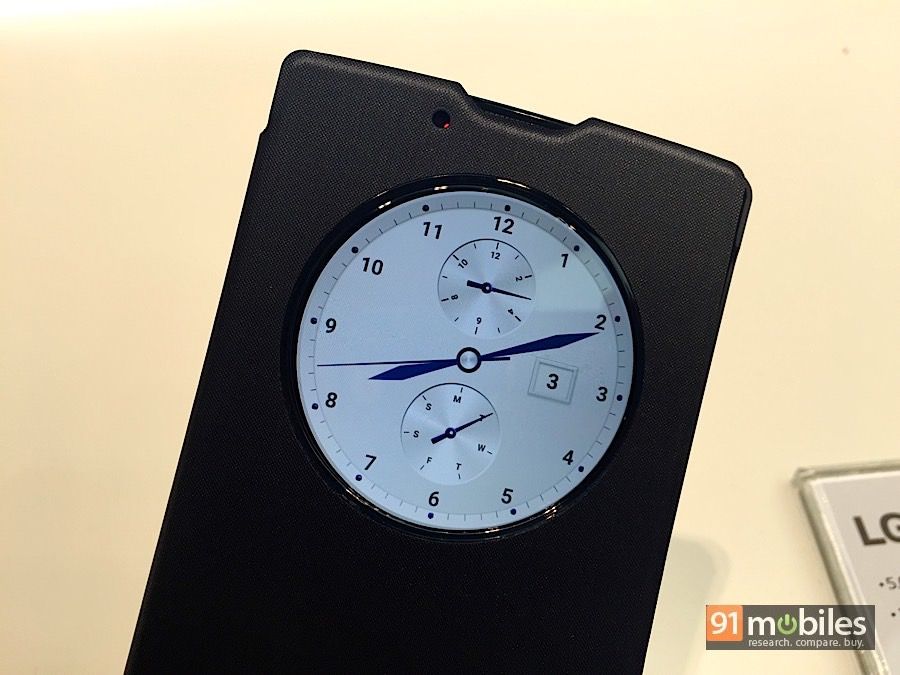 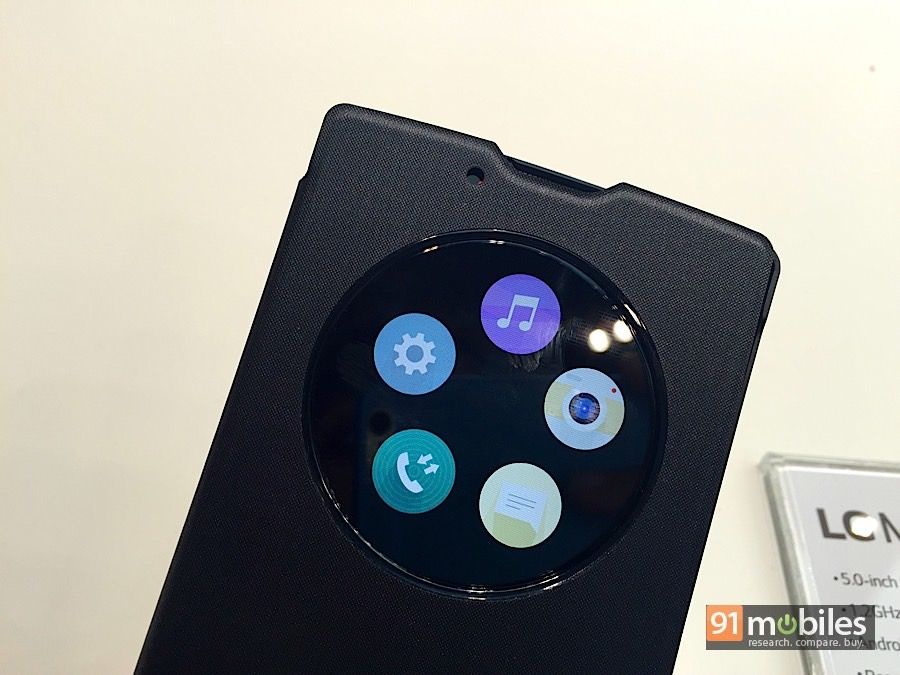 Finally, the smartphones support LG’s Quick Circle cases, those unique flip covers with a circular cutout in the front that let you perform certain actions when the case is closed. The LG Magna unit we used was fitted with the Quick Circle case, as you can see in the photos above. When the case is closed, you can simply swipe on the patch of screen to activate the clock face. You can choose from various types of watch faces in settings. Another swipe will bring up five app icons, which when tapped display mini versions of the corresponding apps. You can select which apps show up here, and even edit the number of app icons. 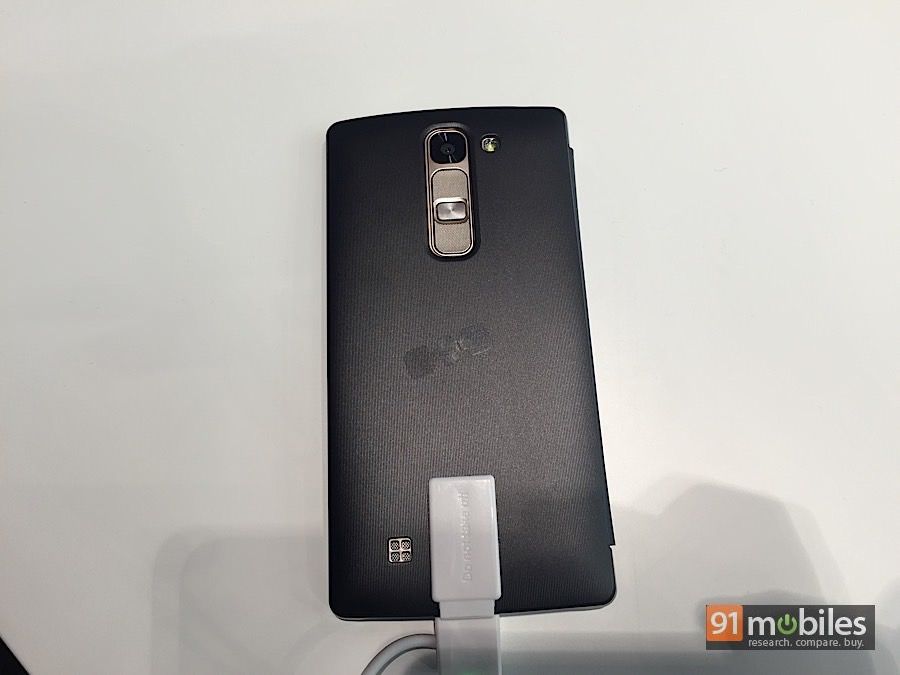 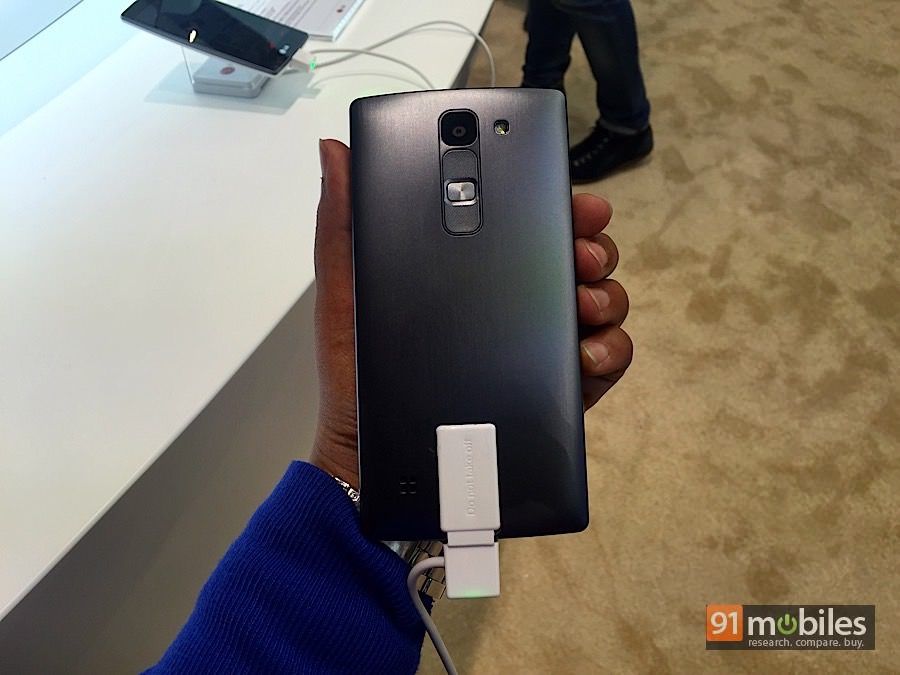 Both the LG Magna and Sprit are constructed out of plastic, but feature a brushed-metal finish on the rear that prevents smudges. While the LG Magna features a 5-inch display, the LG Spirit’s screen is slightly smaller at 4.7-inches. Both screens have HD resolution, and while the Spirit gets a higher pixel density of 312ppi (compared to 294ppi on the Magna), they’re both sharp and vibrant. Deviating from the curve on the sides, the front of the smartphones look quite geometric, with corners that are only slightly rounded. 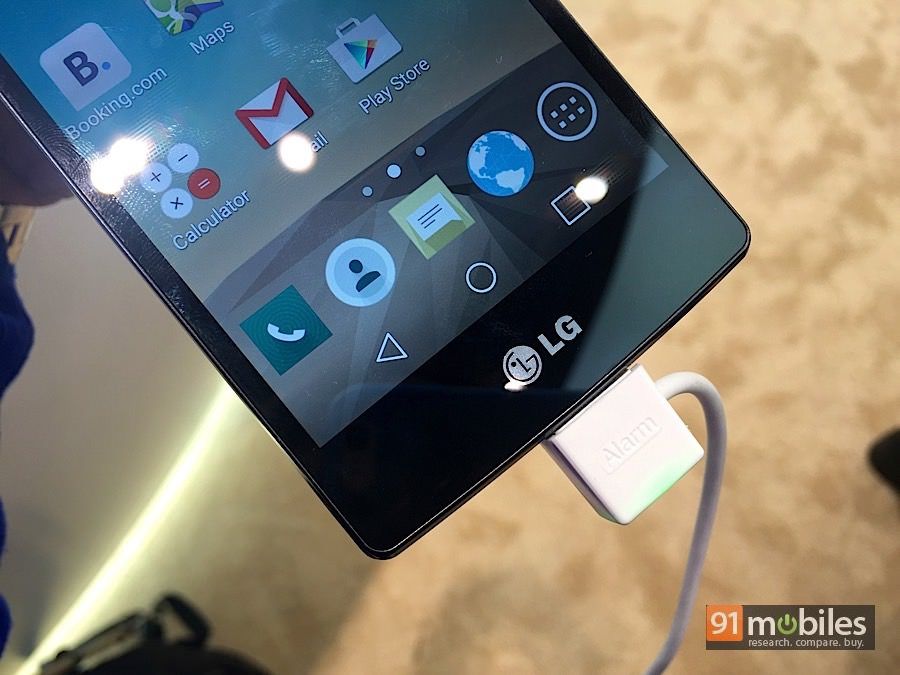 Above the screen is where you’ll find the front camera, sensors, earpiece and notification LED. The chin gets only LG branding, with the Android keys appearing as software overlays on the display. The micro-USB port and primary microphone are located on the bottom edge for both devices, while the 3.5mm headphone jack and secondary microphone are located at the top. The primary camera and LED flash are situated next to the aforementioned rear buttons. A tiny window-shaped loudspeaker is located at the bottom. 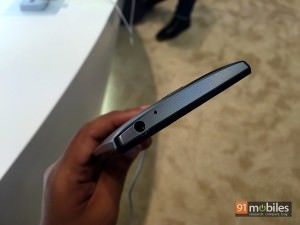 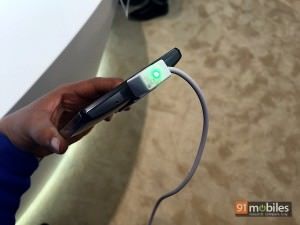 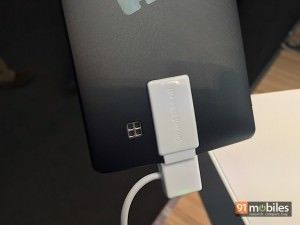 Both smartphones feature removable rear covers, which we couldn’t open since they were display units. While the Magna gets a removable 2,540mAh battery, the Spirit gets a 2,100mAh unit. MicroSD and micro-SIM card slots are located under the cover.

Both smartphones get identical processor configurations – 64-bit Qualcomm Snapdragon 410 chipsets clocked at 1.2GHz, working in tandem with a gig of RAM. They get 8GB of internal storage, expandable by 32GB with a microSD card. Both devices seemed fairly smooth and snappy when we used them, despite the heavy UI running on top. The handsets are expected to be available in dual-SIM variants, and will come in 3G and 4G versions, although we don’t know exactly which LTE bands will be supported. 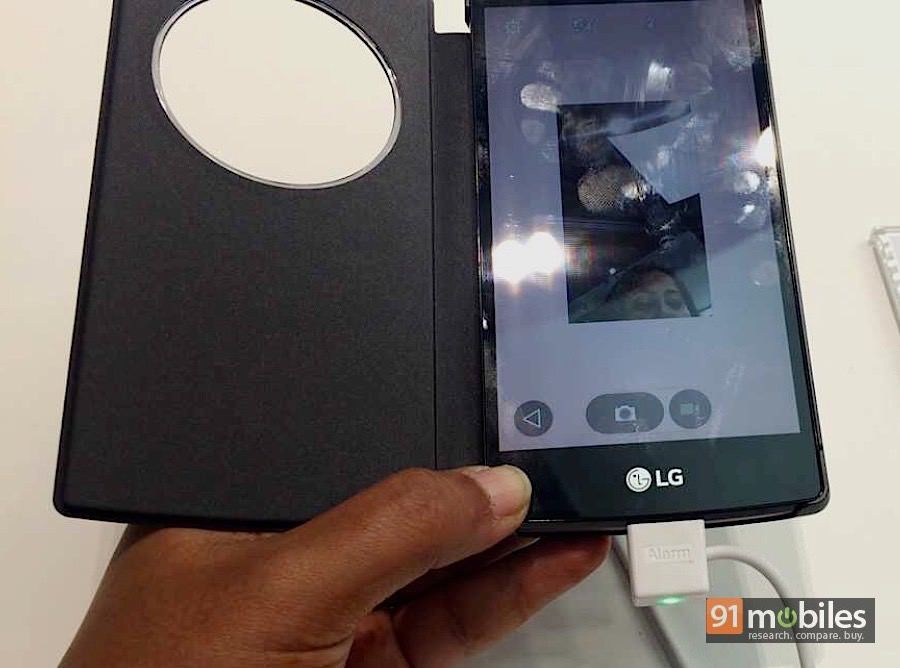 Coming to the photography features, the LG Magna features an 8MP rear camera and 5MP front camera. The LG Spirit on the other hand, will be available with either an 8MP or 5MP primary camera depending on the region, while the front camera gets a lowly 1MP resolution. Both the phones feature something called Front Camera Light, which basically shrinks the preview on the screen and surrounds it with a thick white frame to provide additional lighting for your face. It’s an interesting feature and works quite well to provide extra light, while eliminating the ghostly faces that front-facing LEDs tend to result in.

While LG hasn’t announced Indian pricing or availability of the smartphones, we expect them to land in the country in the next few months, priced between Rs 14,000 – Rs 20,000.