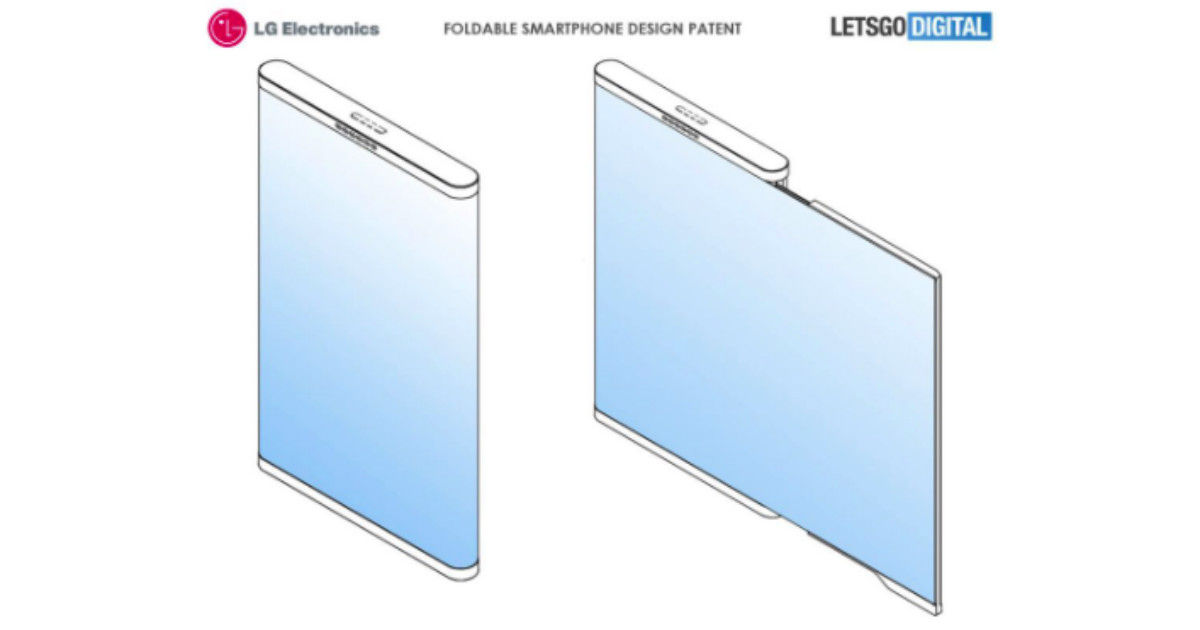 “LG’s foldable smartphone is expected to come with a magnetic attachment that snaps the folded display to the rear panel, thereby making it easy to operate.”

A new leak has revealed a patent application filed by LG, pertaining to its foldable smartphone design. The design in question describes a foldable display that essentially wraps itself around the metal frame of the phone, to alter between smartphone and tablet-like form factors. When folded, the flexible smartphone will look similar to curved edge, borderless displays like Samsung’s Galaxy S flagships. The rear part of the display, when folded, is said to remain inactive.

LG’s foldable smartphone is also expected to come with a magnetic attachment that snaps the folded display to the rear panel, thereby making it easy to operate. There is also the sketch of a power button at the top of the frame, while a very thin bezel keeps space for the front-facing speaker. Specifications and other details are not in question, since this is a mere patent. However, with many smartphone makers aiming early-2019 as the time to launch new, novel foldable mobile devices, it is likely that this patent will form the basis of LG’s first foldable smartphone. 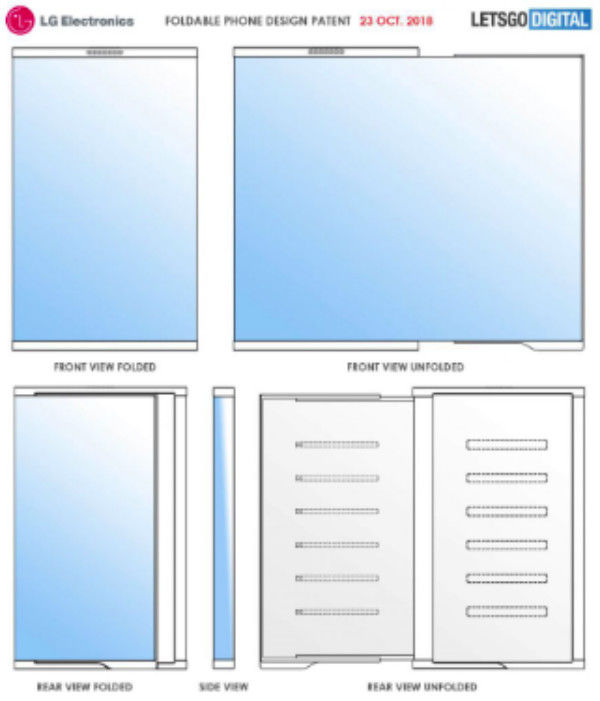 Previous leaks have indicated that the foldable LG smartphone will be called the LG Flex, which, incidentally, is the same as what Samsung is slated to call its flexible phone as well. A recent tweet by Evan Blass has stated that LG will launch its foldable phone at CES 2019, which is barely about a month away from now. If this indeed comes true, we may just get more glimpses of the LG Flex, soon.

If these devices do gain mainstream popularity, it will possibly be based on their multi-form adaptability, and the potential of being able to be an actual all-in-one device.