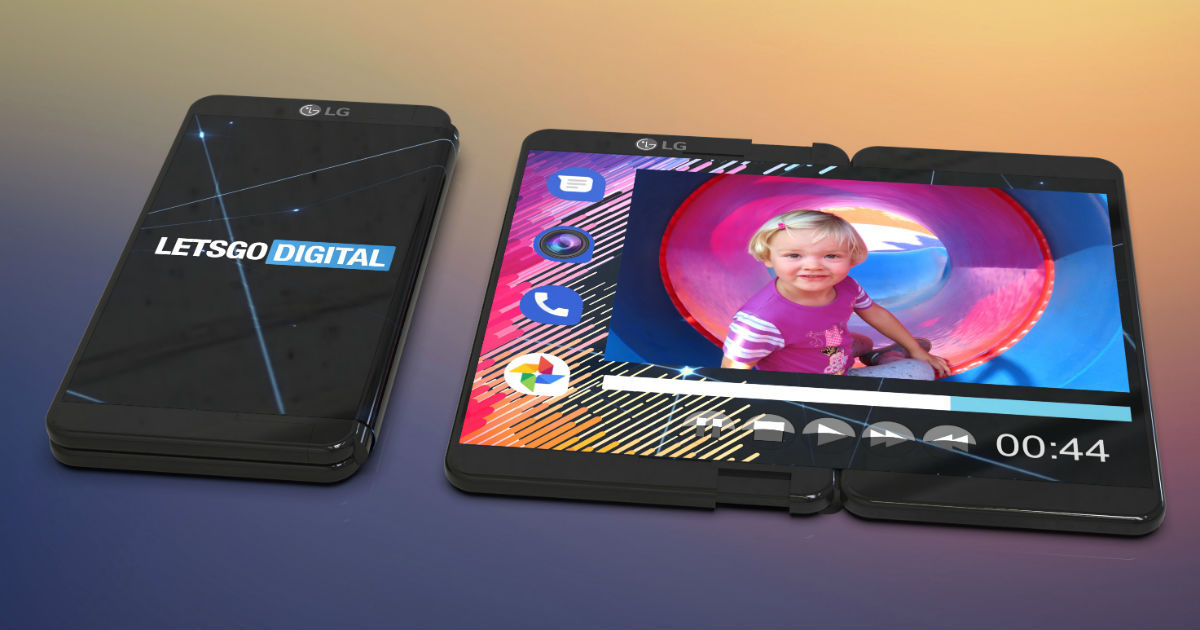 “The latest LG patent shows a unique fold-out mechanism for a foldable phone, although questions remain regarding how sturdy this might be.”

LG has been working on a foldable smartphone for a long time now — the company itself confirmed this a few months ago. Now, the company has received patent for a particular implementation of a foldable smartphone. Sketches of this patent show a unique hinge and fold-out mechanism, which seems pretty nifty upon first glance, but the practicality of it remains questionable.

In the patent, LG has described a foldable OLED display that folds inward to switch between tablet and smartphone form factors. The most important bit of this is the hinge — an extending section that appears to flip out akin to the motorised slide-out mechanism in an OPPO Find X. This section expands a portion of the flexible display in the middle, and thus enables the folded half to expand out into a wide, tablet-like layout. When in tablet mode, the UI will automatically adapt to the orientation, and the expanded section in the middle, or the ‘hinge’ part, will show a list of frequently used tools and apps. 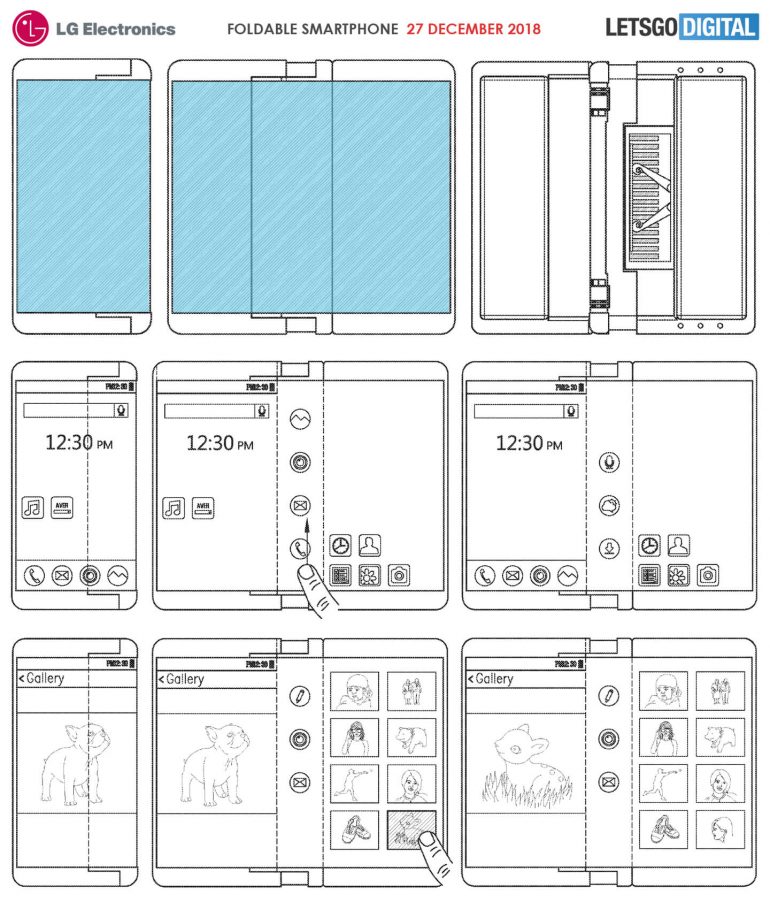 This would hence give a user two standard smartphone-sized displays to work with, thereby enabling serious multitasking. The flexible display leaves rather thick bezels in the top and bottom margins of the phone, akin to a conventional device from two years ago. However, once folded out, the display does provide a wide form factor that content creators are gradually adopting. The patent also shows a matrix-like camera arrangement, which can reportedly be used to take multiple angle photographs (as seen previously from another LG patent), and even be used to create 3D photographs.

While this is a novel implementation indeed, it may not be the most viable production model for a commercial smartphone. As is common knowledge, having multiple moving elements on a device can increase chances of damage and mechanical failure. Having a flexible display itself can be a tricky thing to perfect, and whether it’s prudent or not to also have a movable hinge remains to be seen. In any case, this is only a patent filing, and LG is sure to explore all its options, before eventually launching it.

After TV, LG seems to be working on a smartphone with a rollable display, suggests a patent

LG foldable smartphone could be called Flex, Foldi, or Duplex