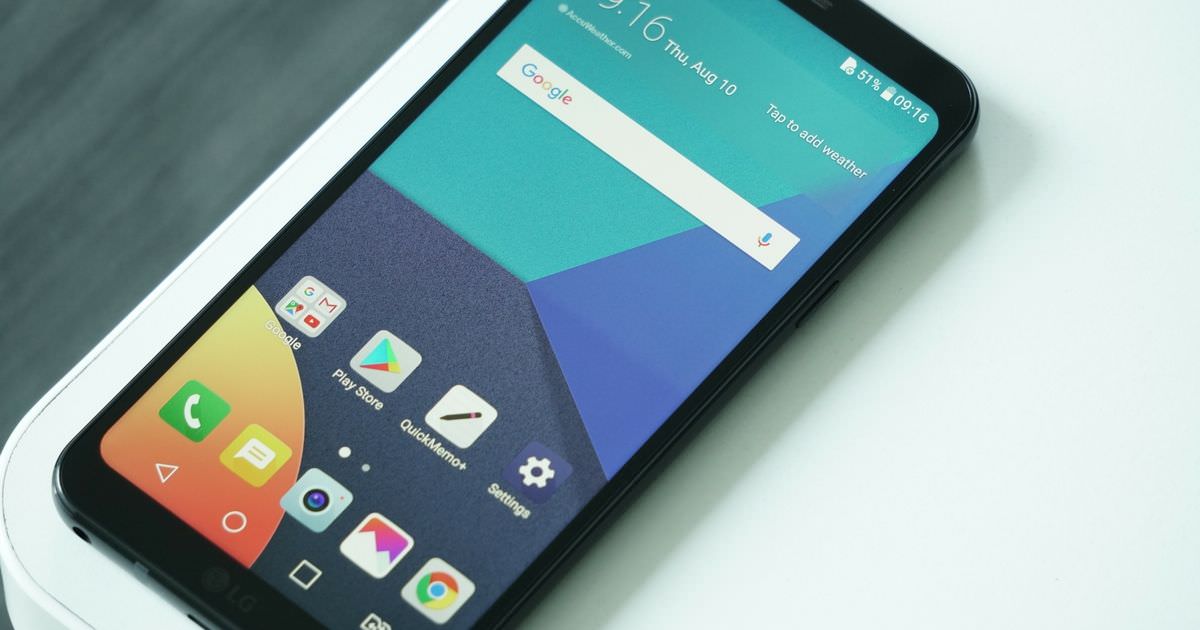 “With a bezel-less display and durable build, the Q6 brings high-end features under Rs 15,000”

The Korean giant LG was the first phone maker to opt for a unique aspect ratio of 18:9 on a bezel-less display with the launch of its 2017 flagship, the G6 (review). However, the smartphone was soon outclassed by Samsung’s latest flagship duo, the Galaxy S8 and S8+ (review). However, it can’t be denied that these high-end offerings made all-screen fronts on smartphones a reality. And if you’re keen on owning such phone, but holding back because of their kidney-matching pricing, then LG’s latest is just for you. The Q6 is a watered-down variant of the G6 and without a doubt, looks as sexy as the latter from the fascia. But what else does it have to offer? We recently got the LG Q6 in our labs, and here are our initial impressions.

The device comes hidden in a compact, rectangular box with minimalist attributes. The sales pack doesn’t have any flashy images and only has the name of the phone up front. As you open the box, you’re greeted by the LG Q6. Underneath that, you will get all the usual accessories – a wall charger and a micro-USB cable (mind you, its pricier sibling comes with a Type-C port) and a pair of earphones which look rather cheap. There’s also some documentation as well as a SIM-ejection tool inside the box. 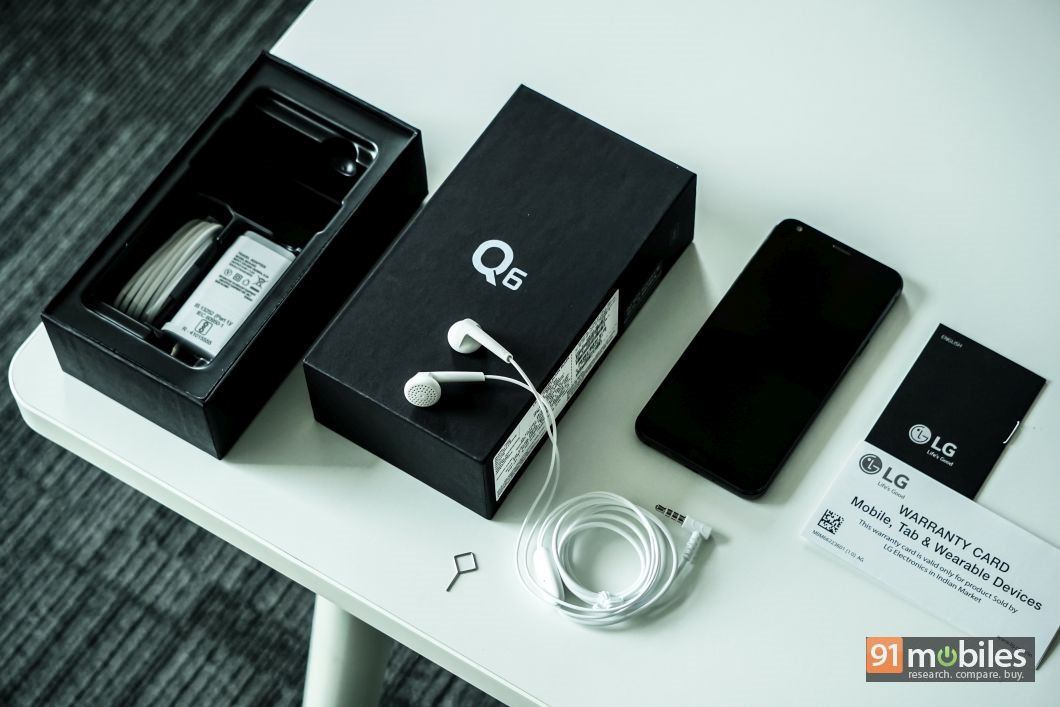 First things first, the LG Q6 looks gorgeous, thanks to virtually no bezels on either side. In fact, the Q6 features a phablet-grade screen size of 5.5-inches, yet has a smaller footprint, which means that you can easily use it single-handedly. Just like its sibling, the Q6 has a screen aspect ratio of 18:9 in order to offer a larger display in this form factor. While it does have a FullVision Display, the IPS panel bears full HD+ resolution (2,160 x 1,080 pixels), instead of QHD+. That said, the screen is bright, vivid and sharp. 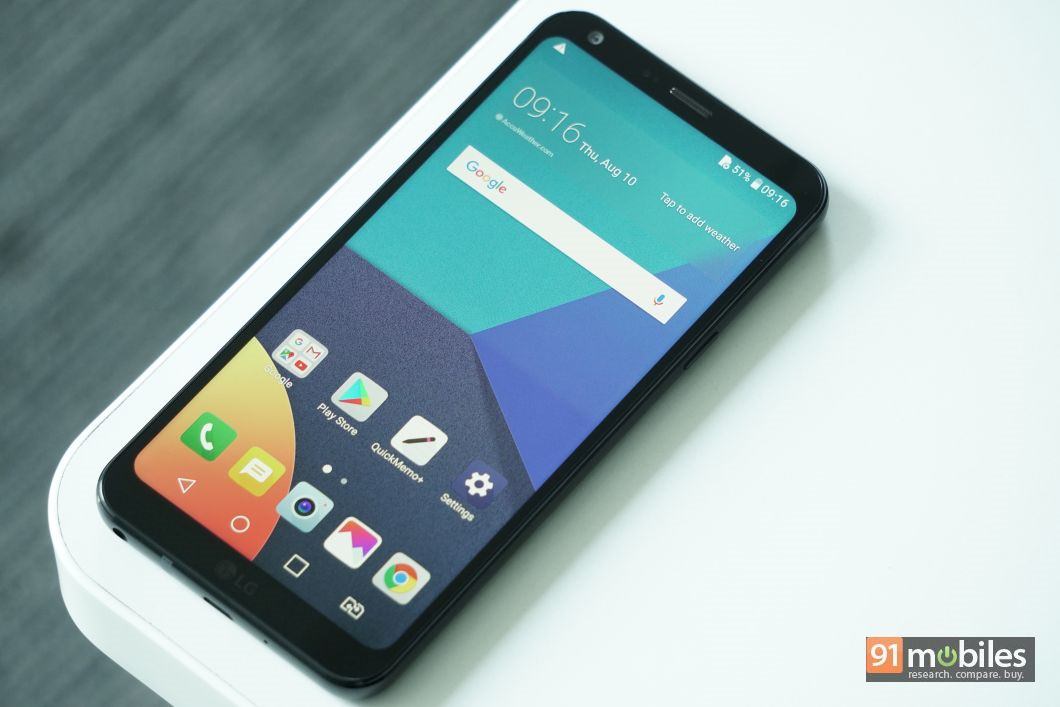 The Q6 also borrows some other interesting features from the LG G6, prime among them being the durability quotient. Thanks to MIL-STD 810G certification, the smartphone is impervious to dust and water, and can also survive tough conditions such as humid environments or high temperature. In fact, the LG Q6 is the most affordable smartphone with this standard. It’s also quite solid, thanks to the use of series 7000 aluminium as the construction material for its edges. The rear panel is plasticky though, and also gathers smudges quite easily.

The LG Q6 also comes with face recognition technology – which is quite important for security purposes as the handset lacks a fingerprint scanner. The device unlocks fairly quickly using face recognition and doesn’t necessarily require you to keep it at a certain angle to work properly. You can also enable advanced face recognition, which makes it harder to unlock the phone by fooling it using a photo or video of your face. 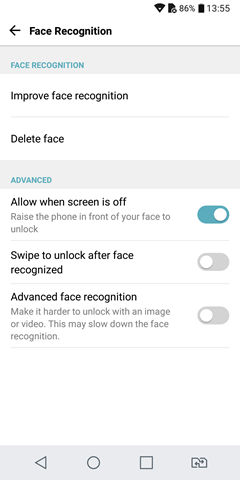 Under the hood, the LG Q6 is decidedly a mid-tier package. It comes powered by Qualcomm’s Snapdragon 435 octa-core processor, which is tuned at 1.4GHz. The chipset is coupled with 3GB of RAM, and during our brief usage, it offered lag-free performance. However, it remains to be seen if the same holds true while playing graphics-heavy titles such as Asphalt 8. For installation of apps and storing your media files, the phone offers 32GB of memory on board. Interestingly, you can expand it further up to 2TB without sacrificing the dual-SIM functionality. That’s because it has two slots for nano-SIMs and a dedicated slot for a microSD card. 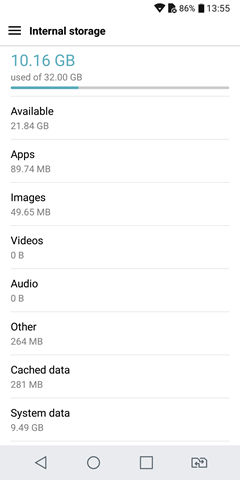 The LG Q6 also cuts down in the photography department, as it features a single camera unit of 13-megapixel at the back, unlike the dual cameras in the G6. The CMOS sensor has an aperture of f/2.2 and comes with an LED flash to illuminate low-light environments. For selfies, the smartphone gets a 100-degree wide angle shooter rated at 5MP. To make better use of the FullVision display, the camera app on the phone features a square mode, which lets you preview the images as soon as you click them, among other things. 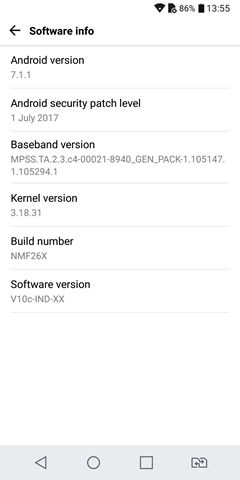 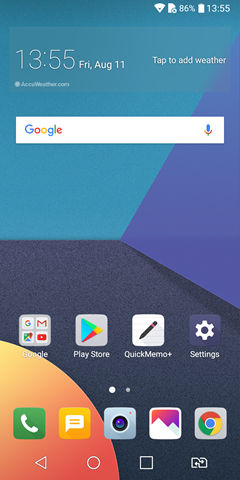 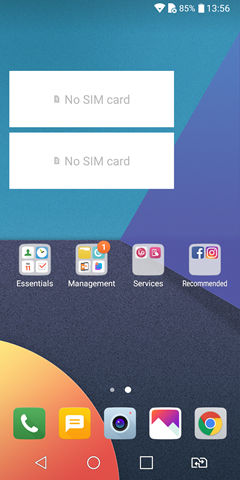 The Q6 boots Android 7.1.1 Nougat which is skinned with its custom layer dubbed LG UI 5.0. Fuelling the phone is a 3,000mAh battery. 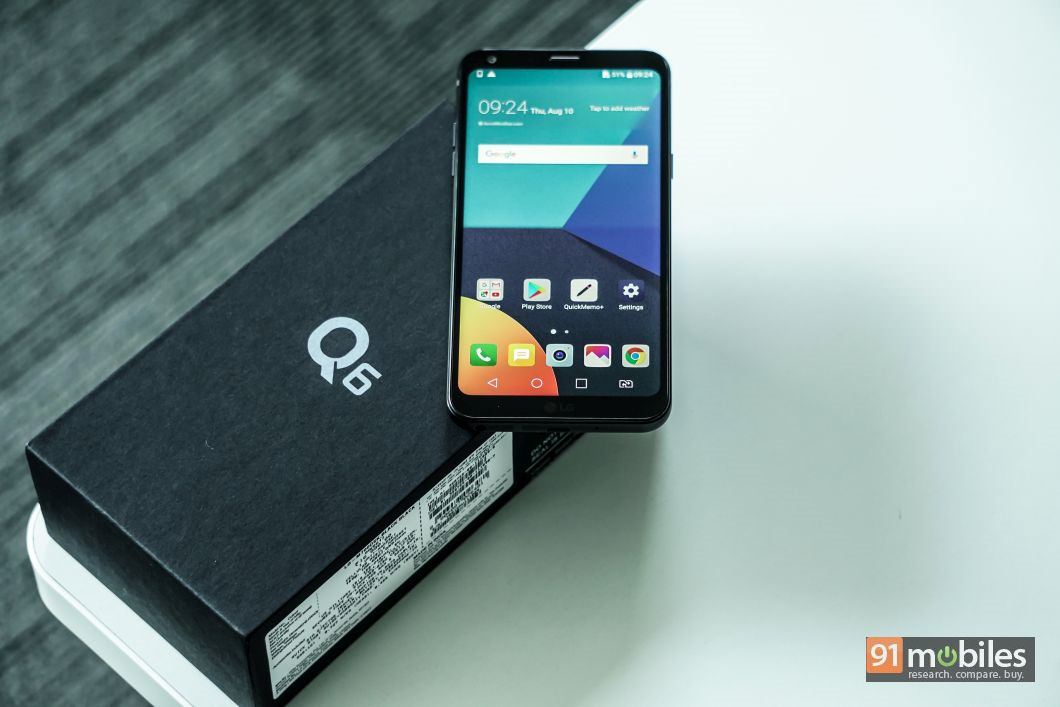 Priced at Rs 14,990, the LG Q6 is exclusively available on Amazon India. While we usually complain about the fact that the Korean brand has a huge gap between the official unveiling of its smartphone and its launch in the subcontinent, this time we’re pleasantly surprised that its latest smartphone is available to buy within just a month of its announcement. Add to that the fact that the phone brings never-seen-before features in the sub-Rs 15k bracket. We’ll be putting the handset through its paces to check out how well it performs in the real world. We’re also keen as to how the Q6 will compete against Micromax’s upcoming Infinity series which also promises bezel-less displays in mid-tier devices… so stay tuned.