91mobiles.com
Home News LG Q9’s launch seems to be imminent as the phone gets certified... 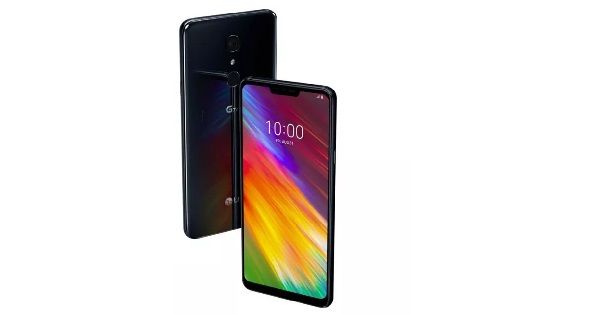 Various leaks and reports recently indicated that LG is planning to launch a new variant of the G7 Fit smartphone in select markets as the Q9. The handset was recently spotted on Google Android Enterprise and Google Play Console websites, which revealed a couple of its specs. Now, the LG Q9 has been certified by the National Radio Research Agency (NRRA) in South Korea. Notably, the phone was recently also spotted on the Bluetooth SIG’s website as well. 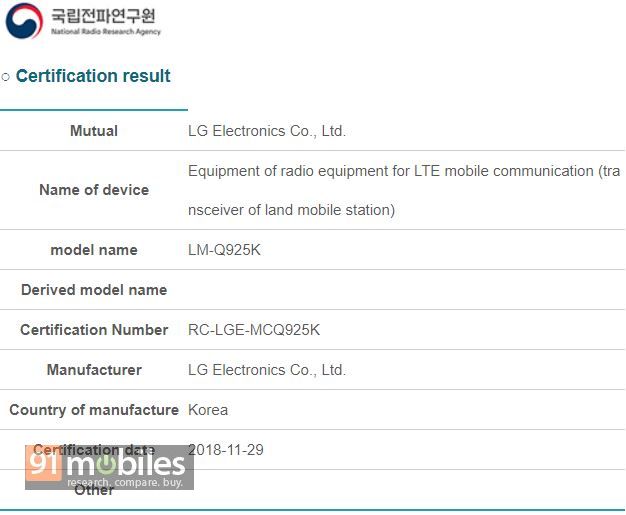 The upcoming LG Q9 has been certified by NRRA under the model number LM-Q925K. The certification was granted by the regulatory authority earlier today. While the listing hasn’t revealed any features of the device, it does indicates that LG seems to be all set to launch the device in its home market soon.

As far as the specs are concerned, the earlier reports indicated that the LG Q9 could come with a 6.1-inch display with a resolution of 1,080 x 2,340 pixels and a screen density of 420 DPI. The smartphone is said to be powered by a Qualcomm Snapdragon 821 processor, aided by 4GB of RAM and an Adreno 530 GPU. Software-wise, the handset is rumoured to boot Android 8.1 Oreo out of the box. The other rumoured specs include 32GB / 64GB storage variants, a 16MP rear camera, an 8MP front shooter, and a 3,000mAh fast charging battery.

LG Q9 alleged spec sheet revealed in a new leak; identical to that of G7 Fit