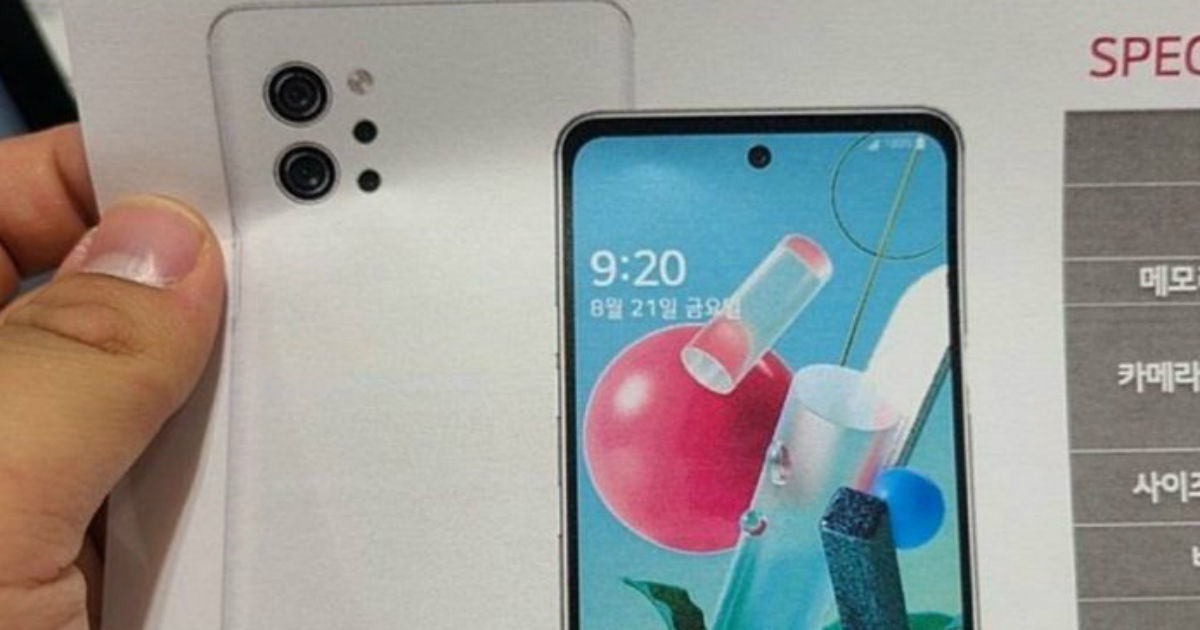 LG Q92 mid-range 5G handset seems to be in the final stages of development. It was recently spotted on the Geekbench benchmarking platform, hinting us on what’s coming. Now, complete specifications and design of the handset have been leaked on the Korean social media platform Naver Cafe. The image shows the LG Q92 5G will have a punch-hole cutout at the centre to accommodate the selfie camera, a sizeable bezel above the screen and quad cameras stacked parallelly along with an LED flash. It seems to have slightly curved edges for easy grip. The LG Q92 5G will be available in Red, White and Gray colour options.

LG Q92 5G specifications as per the leaked specs sheet include a 6.7-inch full HD+ display and Snapdragon 765G SoC. Rumours suggest that it will have a slightly overclocked version as compared to the stock Snapdragon 765G SoC and this will offer a 10 per cent increase in graphics performance. The phone will feature 6GB RAM and 128GB internal storage. The LG Q92 5G will have a side-mounted fingerprint sensor and is likely to run Android 10 OS out of the box. 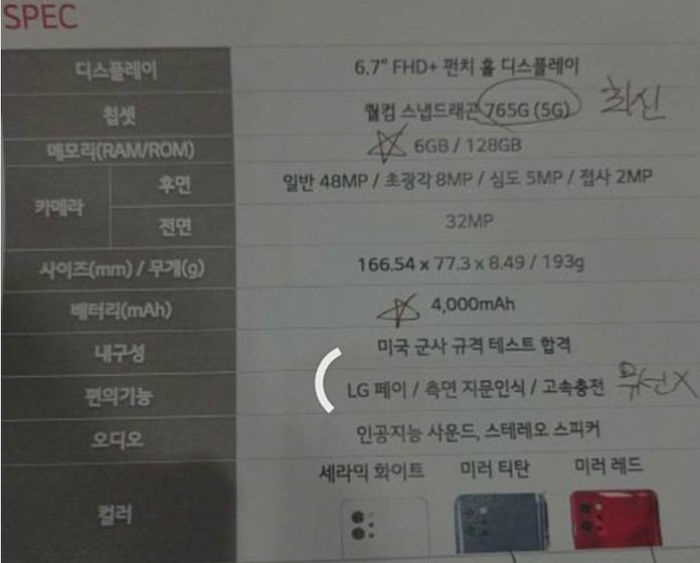 As for the optics, the LG Q92 5G has a quad-camera setup at the back consisting of a 48MP primary sensor, an 8MP ultra-wide-angle unit, a 5MP depth sensor and a 2MP portrait camera. On the front, the phone has a single 32MP snapper for selfies and video calls. The handset will pack a 4,000mAh battery and may support fast-charging as well. The LG Q92 5G is MIL-STD 810G compliant, which means it dust and water-resistant. The handset is said to on for pre-orders starting August 21st and go on sale from August 28th. LG Q92 price is said to be KRW 545,000 (around Rs 34,500), but you should take this leak with a pinch of salt

LG K62 and LG K52 launched with four rear cameras: everything else you need to know