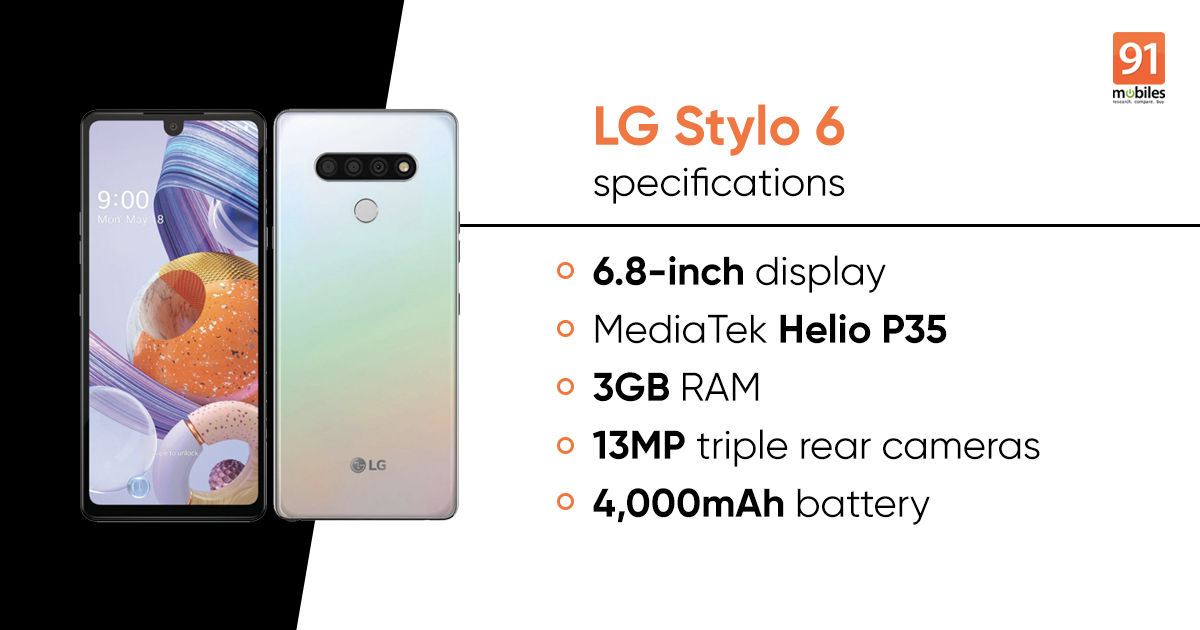 LG Stylo 6 smartphone has been announced in the US as a successor to the Stylo 5 that was launched back in July 2019. The new Stylo 6 is an affordable mid-range device that comes with support for built-in stylus pen that lets you send animated messages, note down text or notes, doodle, sketch, and more. The design is fairly uninspiring with a waterdrop notch and triple rear cameras. The LG Stylo 6 ships with stereo speakers, DTS:X 3D Surround and a dedicated Google Assistant button for quick access. Other specifications include a 4,000mAh battery, full HD+ display and Android 10 OS.

The LG Stylo 6 sports a 6.8-inch full HD+ FullVision display with 1080 x 2160 pixels resolution and a waterdrop notch to house the selfie camera. The phone is powered by a 2.3GHz octa-core MediaTek Helio P35 SoC coupled with 3GB RAM and 64GB internal storage that is further expandable up to 2TB via microSD card. Android 10 OS takes care of the software side of things. The handset packs a 4,000mAh battery and features dual speakers with DTS:X 3D Surround support. 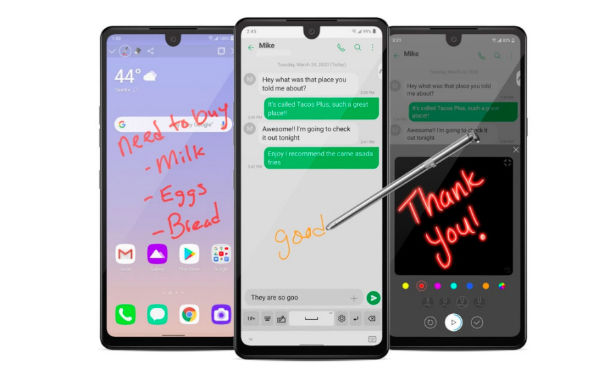 In terms of optics, the LG Stylo 6 features a triple camera setup consisting of a 13MP primary sensor, a 5MP ultra-wide-angle lens with 120-degree field of view and a 5MP depth sensor paired with an LED Flash. On the front, it has a 13MP snapper for selfies and video chats. There is a rear-mounted fingerprint sensor for security and it has a gradient design. connectivity features include 4G VoLTE, Wi-Fi, Bluetooth 5.0, GPS, and USB Type-C port for charging and data transfer.