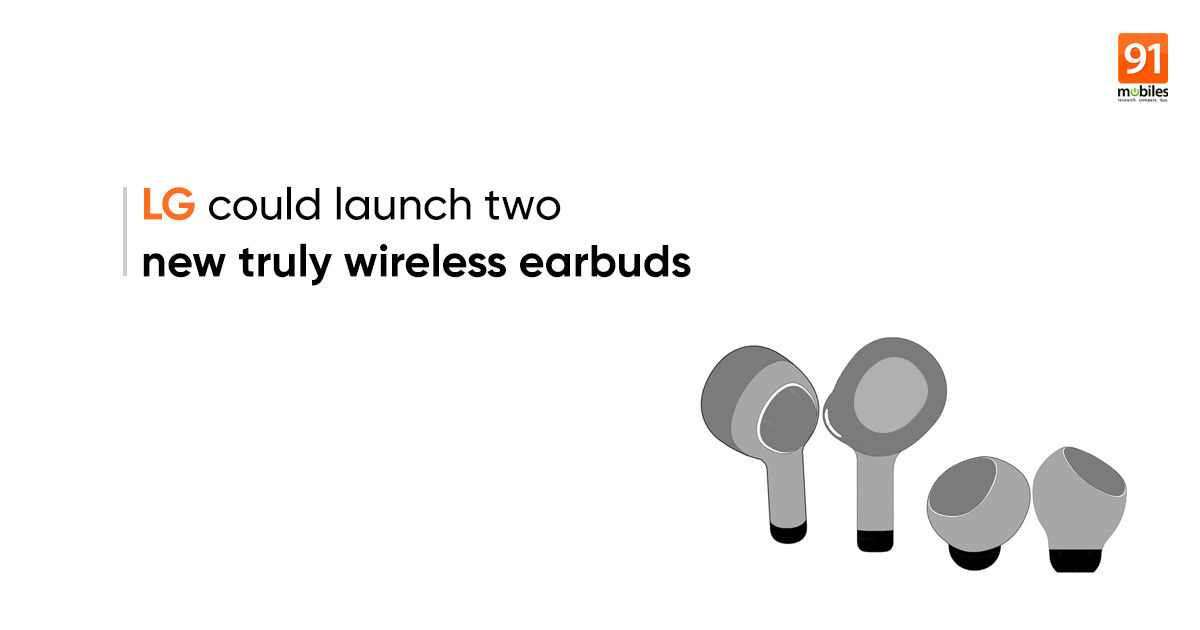 LG has filed patents for two new wireless earbuds at WIPO (World Intellectual Property Organisation), discovered by 91mobiles. While one of them has a Galaxy Buds-like pod-shaped design that sit inside the ear, the other has a stem design, much like the Apple AirPods and the recent Realme Buds Air. The patent was filed back in July 2018 and was published on February 18th. Both seem to have a touch sensor on the surface, which can be used to change track, adjust volume, take calls, etc.

The patent image for stem type wireless earphones shows the carry case, which again is similar to Apple AirPods charging case. The longer of the two TWS earbuds shows an angular design, but without ear-tips. The smaller earbuds have a pod-shaped design with silicone ear-tips to offer a better seal. Unfortunately, not much else is known about the LG true wireless earbuds at the moment. Given that most brands are jumping into the earbuds market, it’s no surprise that LG wants some action as well.

Back in October 2019, LG launched its first-ever truly wireless earbuds, called LG Tone+ Free. The TWS earbuds has Meridian Audio tuning along with a noise cancellation microphone The design is similar to the Sony WF-1000XM3. The LG Tone+ Free was notable for offering a built-in UV light that disinfects the earbuds. The LG TWS earbuds were launched in the US and never made it to India.

Interestingly, the latest LG TWS design patents come during the same week that we discovered patented designs for two new OPPO TWS earbuds. Much like the LG patents, OPPO also seems to be working on two different TWS earbuds, one with an AirPods-like design and the other being a smaller pod-shaped Galaxy Buds-like TWS earbuds.