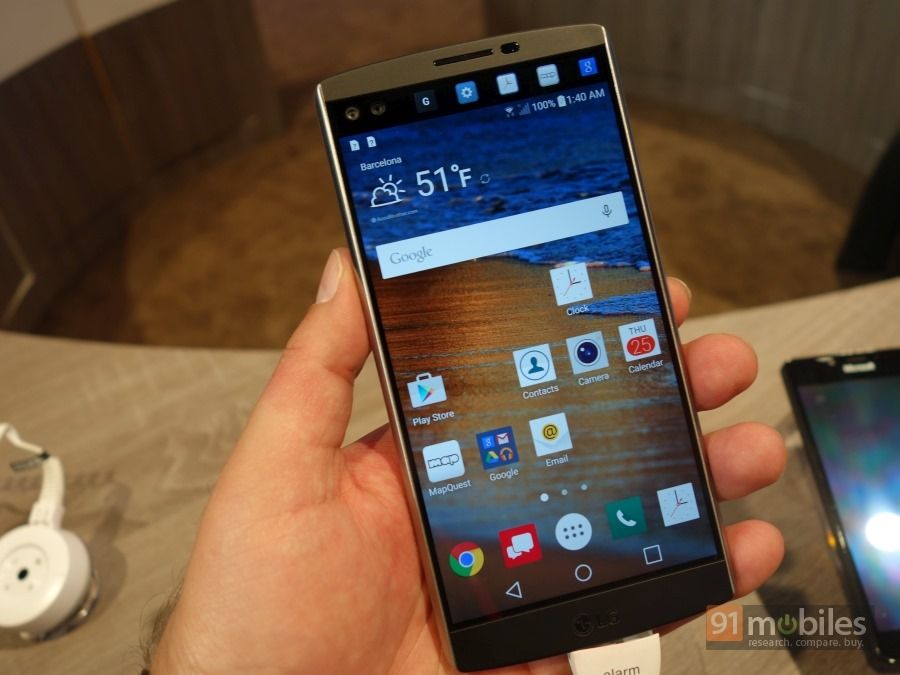 “The V10 is a special smartphone in more ways than one”

While most flagships are evolutionary upgrades, LG’s new G5 (first impressions) seems much more – bringing a world-first semi-modular design to the mix. However, for those of you who aren’t aware, LG has another high-end smartphone in its portfolio that came out just before the G5 went official, but unfortunately, hasn’t made it to Indian shores. Dubbed the V10, this smartphone may not be as loaded as the latest flagship, but is still very notable due to the features it brings with it. And if you’re wondering what those could be, how about a secondary display above the main screen, and two front snappers instead of the usual one… all packed in a shock-resistant body? We hope that piqued your interest, just as it did ours. We went mano a mano with the V10 at the recently-concluded phone fest that is the MWC, and walked away suitably impressed. Let’s check it out closely. 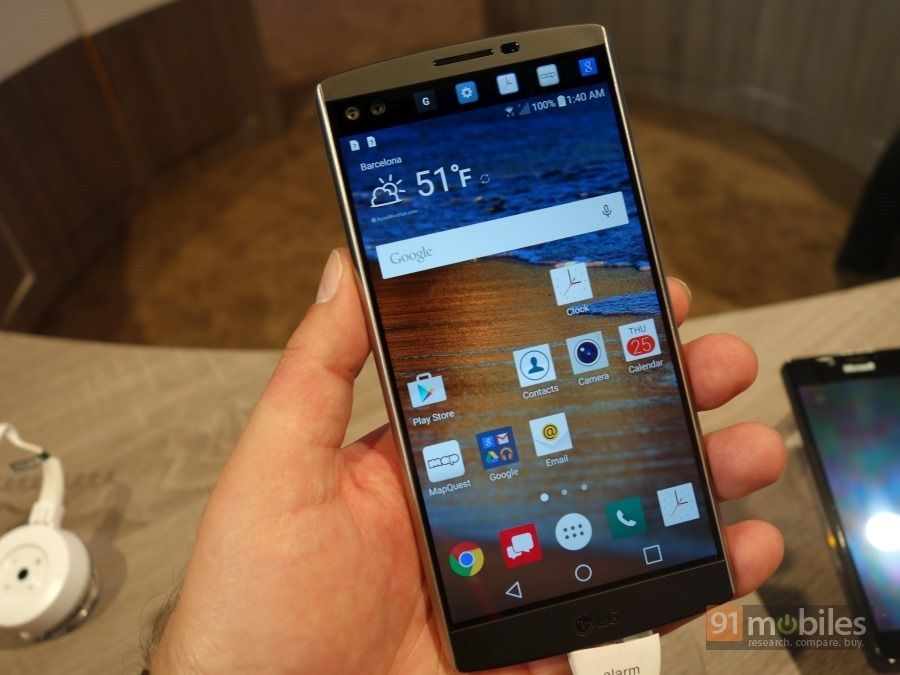 At first glance, the V10 looks like a ruggedised version of the LG G4, and in fact, does share a few specs with the brand’s 2015 flagship. Just to clear the air, these include the 2K resolution display, the Snapdragon 808 processor, the 16-meg primary shooter with OIS and laser autofocus, and the 3,000mAh battery. A few design cues are similar as well, but that’s where the similarities end, as the V10 is a whole new beast. Well, we aren’t sure if we can call it new anymore, but it certainly stands out. 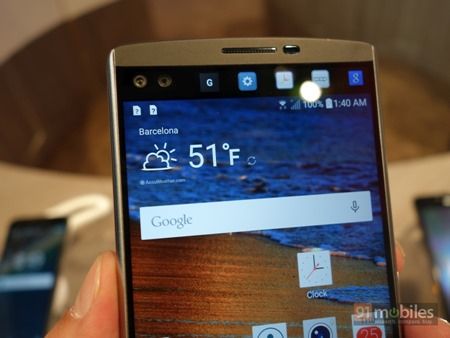 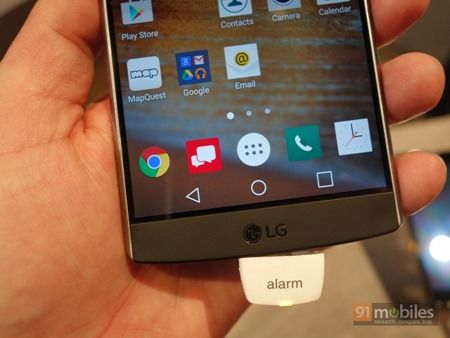 With a stainless steel frame and a rubber-wrapped rear, the V10 definitely feels grippy and very solid. It should – the phone boasts MIL-STD-810G certification, which is military-grade resistance to shock in English. The phone isn’t as curvy as the G4, but from the front, you can make out that it’s an LG phone. The primary display measures 5.7-inches, and with its QHD resolution, looks really sharp. The smaller, secondary display sits above it. As to what it does, let us come to that in a bit. The pair of front snappers are placed on the left of this secondary screen. The bezels on the sides are quite slim, and the navigation keys are part of the software. The top has the usual earpiece and the sensors, while the chin at the bottom holds LG branding. The micro-USB port, headset socket and speaker are all crammed together at the bottom. An IR blaster is located up top. 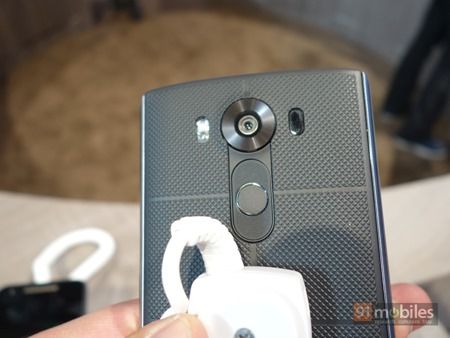 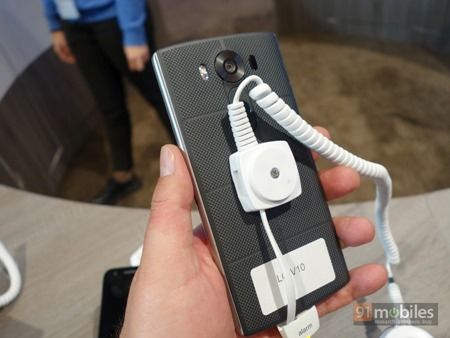 The rear is rubber-clad, and sports a chequered pattern adding to the grip. LG’s usual rear placement of controls can be seen here, with the primary camera lens placed in the centre, flanked by a dual-tone flash and the laser-guided focus. Below the camera, you’ll see the volume controls and the power button. The latter boasts another addition, a fingerprint scanner integrated inside. The panel actually comes off, revealing a nano-SIM slot, a microSD slot, and the removable battery. 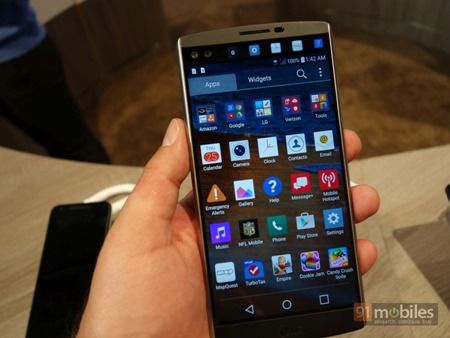 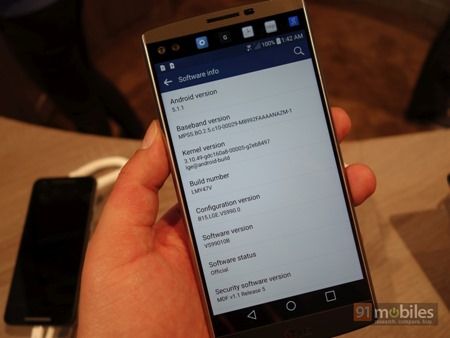 Android Lollipop v5.1.1 forms the software platform, with LG’s own custom skin layered on top. It’s similar to what we’ve seen from the brand earlier, complete with a dedicated app drawer and tons of features. We’re more interested in what the secondary display can do, so we paid special attention to that aspect. 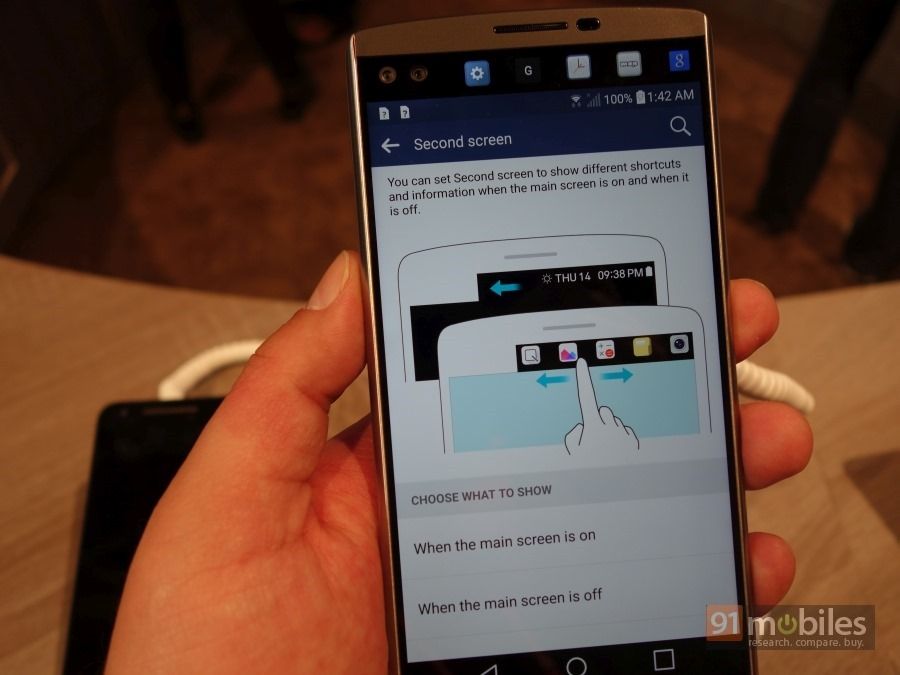 Turns out, you can set the second screen to show different things depending upon whether the main screen is on or off, and these options are available in device settings. When the main screen is on, the secondary display can show notifications, recent apps, shortcuts to favourite apps, music controls, quick contacts and upcoming events from your calendar. 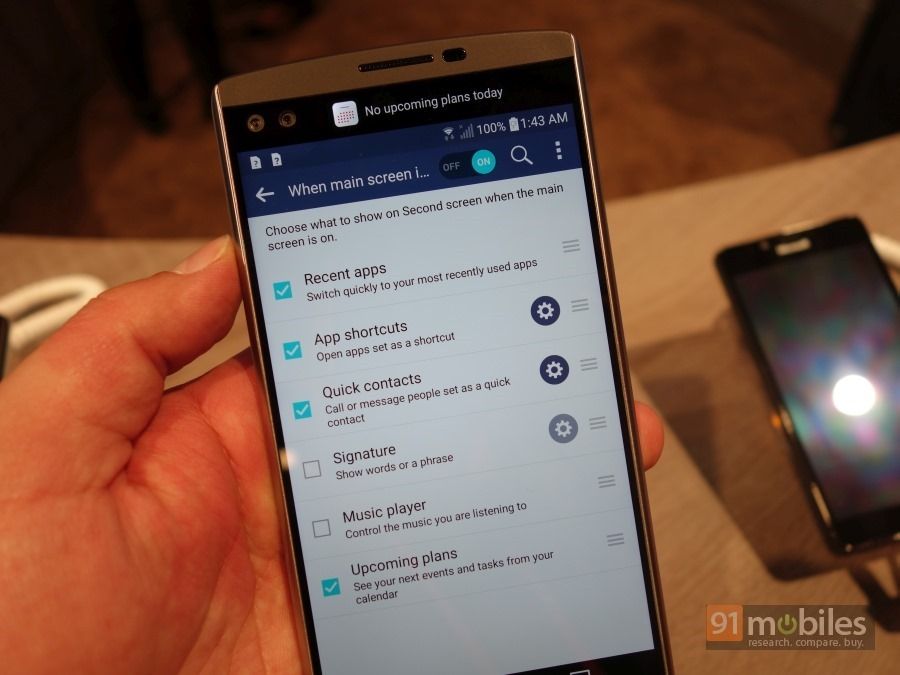 When the main screen is off, the secondary display can show the date and time, notification icons and even a line of text that can be customised. Something like “don’t dare to touch my phone” could be apt, we’d say… but you could settle for just your name if you wish. The idea around the secondary screen is quite interesting we think, though its placement is a little weird… the V10 is a large device, so it’s going to be quite hard to reach that screen unless your fingers can do some stretchy magic like Mr Fantastic from the Fantastic Four. 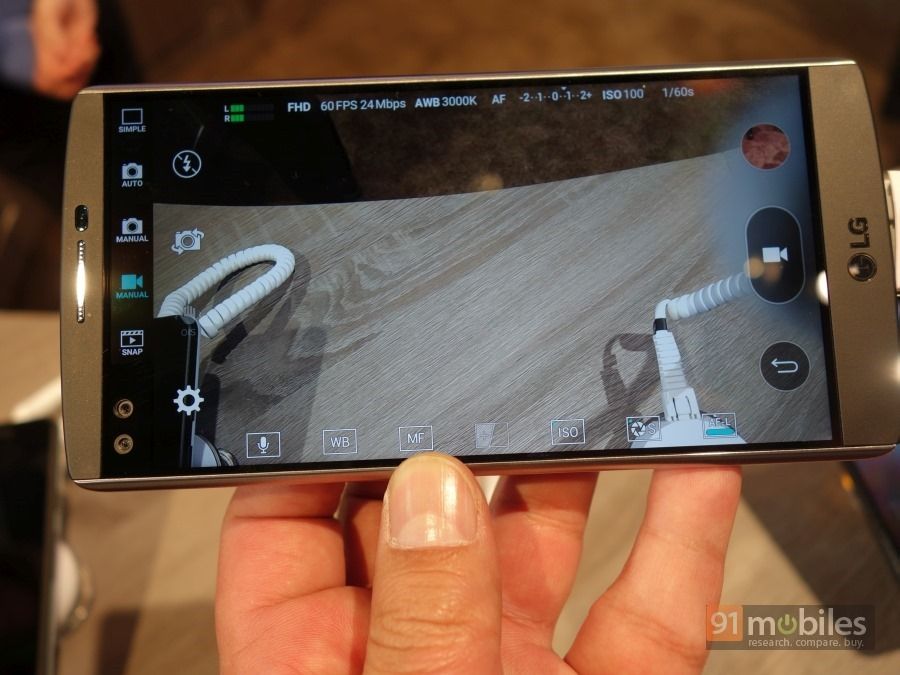 Coming to the dual cameras at the front, we’ve seen something similar on the Lenovo Vibe S1 (review) previously. Unlike the gimmicks that the Vibe S1 boasts, LG’s implementation on the V10 seems to be a tad different. Apparently, the pair of cameras placed on the front of the V10 are both 5MP units, and while one is a regular selfie cam, the other boasts a wide-angle view which should be useful for group selfies. The camera interface is quite loaded, and also features manual controls for you to tweak the output. And if the G4’s camera was any indication, the V10’s primary snapper should also be extremely capable.

And with the Snapdragon 808 processor mated to 4 gigs of RAM (as compared to 3GB RAM in the G4), we expect the performance to be quite smooth as well. The 64 gig internal storage also seems generous. It’s a shame that LG hasn’t brought the V10 to India, and we aren’t sure if it ever will. It’s an intriguing smartphone that sports interesting features, and could have made for a compelling proposition for those looking for a loaded, well-built smartphone that can stand out from the crowd. We still have the G5 to look forward to though, and hope it makes it way to India soon to give the newly-launched Samsung Galaxy S7 and S7 edge some healthy competition in the premium flagship space.