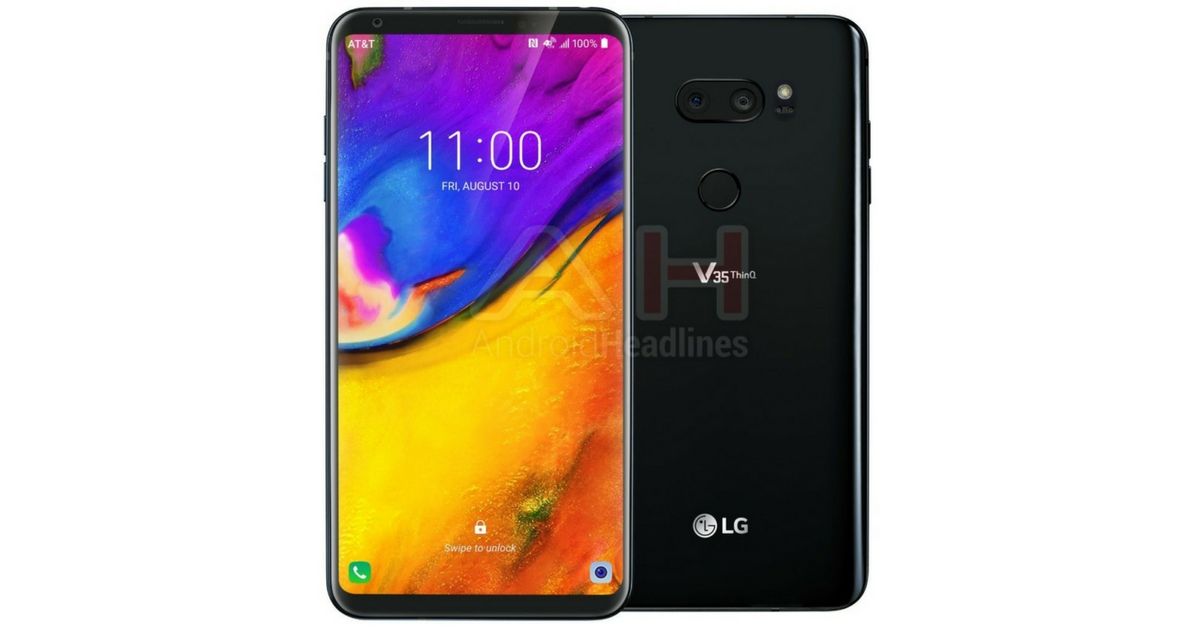 The South Korean handset maker, LG is rumoured to expand the ThinQ line of smartphones with the launch of LG V35 ThinQ and V40 ThinQ. While there’s no concrete confirmation about whether the brand is actually working on two V-series handsets, previous reports have indicated that the V35 ThinQ might be an AT&T exclusive in the States and the V40 ThinQ will be launched globally. However, the V35 ThinQ has now been spotted on the Russian certification website, EEC indicating that it might be headed to Russia and other European markets as well. 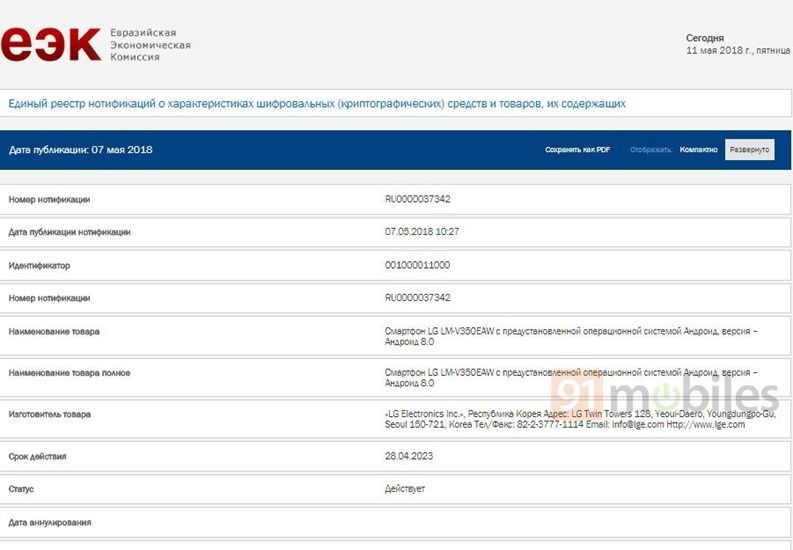 Unfortunately, the listing of the handset doesn’t reveal any concrete details about the specs of the smartphone. According to the previous leaks, the LG V35 ThinQ is expected to come with 6-inch OLED display with QHD+ resolution. The handset is tipped to flaunt a pair of 16-megapixel cameras at the rear panel. These snappers are expected to come with a glass lens, f/1.6 aperture, and 10-bit HDR capability. For selfies, the phone is expected to feature a 16-megapixel camera. Besides these, the upcoming smartphone is expected to retain several features from LG G7 ThinQ like AI Cam, Super Bright mode, and Google Lens support.

As of now, nothing else is known about the smartphone, but the fact that it was spotted on a certification agency website indicates that it might be launched sooner than later.