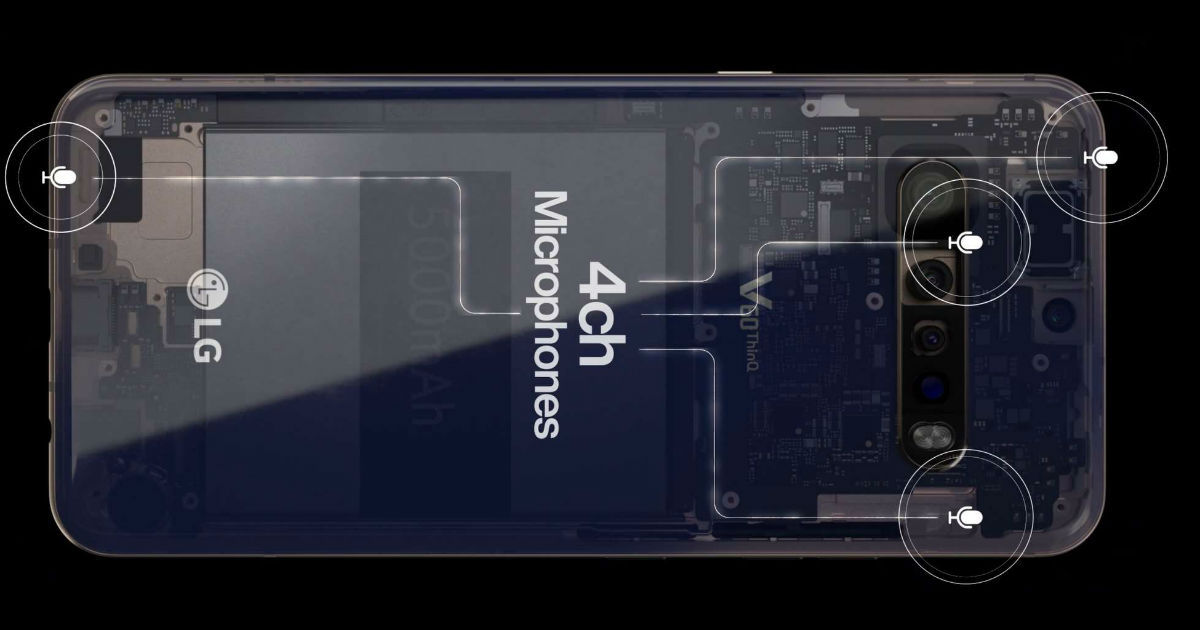 “A schematic image of the LG V60 ThinQ was shared by Evan Blass on Twitter, revealing the phone’s mic, camera and battery capacity”

LG V60 ThinQ is expected to be the next flagship smartphone from the company. The phone could have launched at MWC 2020 later this month, but LG will not be appearing at the tech trade show due to the ongoing Coronavirus concern.  However, that has not prevented the rumour mill from generating more information about the LG V60 ThinQ, with the latest one being a schematic image of the device shared by tipster Evan Blass on Twitter. Among other things, the image has revealed key elements such as a quad camera setup, a 5,000mAh battery and four microphones.

The quad microphone array on the LG V60 ThinQ is a particularly interesting element, and suggests improved audio quality while recording videos. We also see a horizontally placed quad camera setup. Not much is known about the camera configuration, but we expect to see a high resolution primary unit that uses one among the 48-megapixel, 64-megapixel and 108-megapixel sensors available today. It will also certainly feature either a telephoto unit, or a wide angle unit, or a macro unit, or a combination of these. The front camera appears to be placed at the top centre of the smartphone, which suggests that it will sport either a waterdrop notch, or a punch-hole layout on the display. The 5,000mAh battery is also clearly mentioned in the schematics, which will hopefully be accompanied by a fast charging standard to help juice it up quickly. Further details about the LG V60 ThinQ include a USB-C port at the bottom, along with a 3.5mm audio port, which is not surprising as LG has always emphasised high-quality sound output on its flagship V-series phones. The speaker grille is also seen to the other side of the USB-C port, with the power button placed to the right as well.

The LG V60 ThinQ does not have a launch date at the moment, but given the advanced level schematics shared here, it is evident that the smartphone is ready for production. Earlier rumours had indicated that it will be launched at MWC 2020, but LG has since announced that it has withdrawn from the conference, and will be informing shortly regarding a future launch date. As a result, it is likely that LG holds a launch event for the V60 ThinQ some time in March.