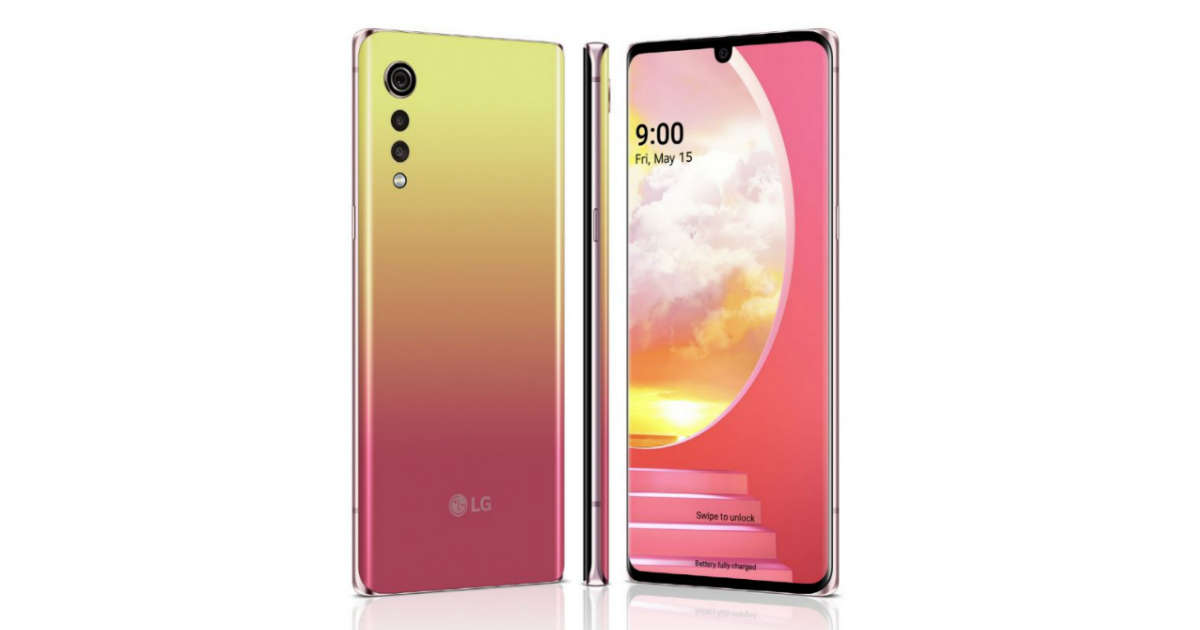 LG Velvet 5G India launch may be around the corner after the phone was globally launched in May with the Snapdragon 765 chipset. The phone touts a 3D Arc design, slightly curved edges, and triple rear cameras arranged in a water droplet design. Tipster Mukul Sharma claims the company is gearing up to launch the LG Velvet in India in October. The LG Velvet launch date is said to be October 4th, but the tipster speculates it could be an internal launch for LG employees while a public announcement may follow later in the month.

LG Velvet flaunts a 6.8-inch FHD+ pOLED display with a 20.5:9 aspect ratio, 1,080 x 2,460 pixels resolution, a water-drop notch for the selfie camera and there’s support for LG Dual Screen functionality support. The phone is powered by the Qualcomm Snapdragon 765 SoC coupled with 8GB RAM and 128GB internal storage that is further expandable via microSD card. The phone boots Android 10 OS with LG’s custom UI layer on top. It has an in-display fingerprint sensor for security and Wacom stylus support with 4096 pressure levels.

As for the cameras, the LG Velvet features a triple camera setup consisting of a 48MP primary sensor, 8MP ultra-wide-angle sensor, and a 5MP depth sensor for portrait shots. There is a 16MP sensor on the front for selfies and video chats. The device houses a 4,300mAh battery and supports fast wired and wireless charging. It measures 167.2mm x 74.1mm x 7.9mm and weighs 180 grams. Connectivity features include 3.5mm audio jack, 5G, 4G LTE, Wi-Fi, NFC, Bluetooth, GPS, and USB Type-C port.