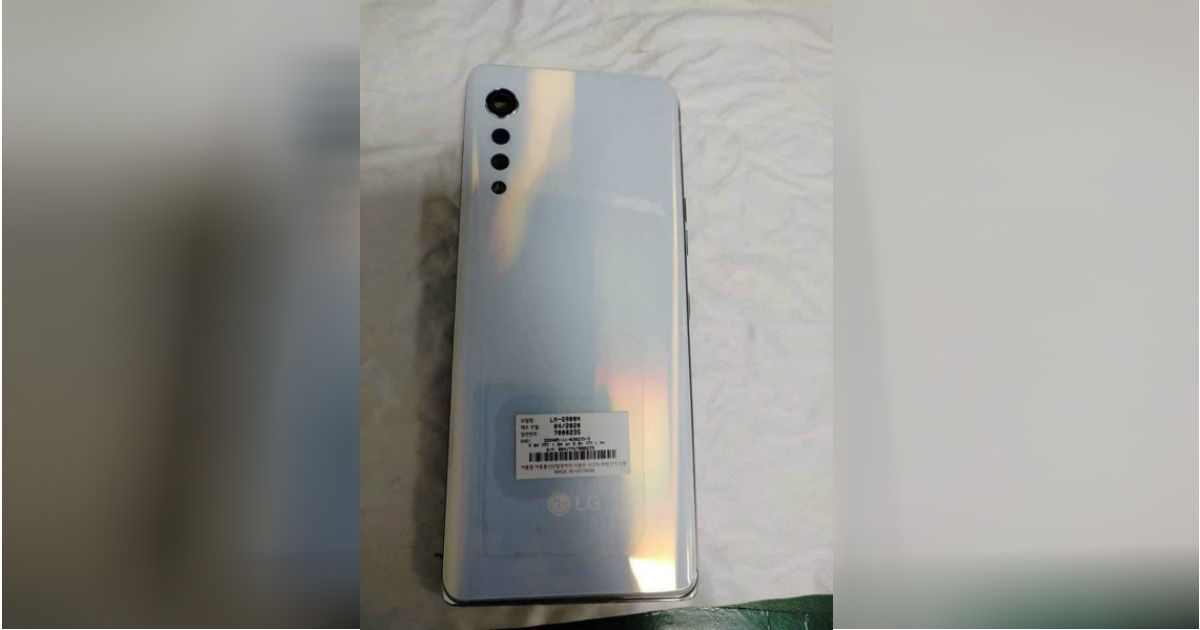 LG Velvet 5G is scheduled to launch on May 7th and ahead of its release, the company has been teasing its features and unique design that includes a cascading triple camera setup, 3D arc edge-to-edge design, among others. LG also revealed the complete specifications of the LG Velvet 5G, leaving nothing to the imagination. Now, some alleged LG Velvet 5G live images have surfaced online, showing off the phone’s Aurora While and Aurora Grey colour options. One of the images also reveals the internals components of the device, including the logic board, camera arrangement, battery and wireless charging coil. The lG Velvet 5G real-life images show the phone in glossy white and glossy black finishes. We see the raindrop camera setup on the back and the curved glass on the front. The phone will feature a waterdrop notch and an in-display fingerprint sensor.

The LG Velvet will sport a 6.8-inch Cinema FullVision FHD+ OLED display with 20:9 aspect ratio, 1,080 x 2,340 pixels resolution, and a waterdrop notch to house the selfie camera. It is confirmed to be powered by the Qualcomm Snapdragon 765 5G chipset coupled with 8GB RAM and 128GB storage that is further expandable up to 1TB via microSD card. The handset is likely to boot Android 10 OS with a custom skin on top. Connectivity options such as 5G support, Dual 4G VoLTE, Wi-Fi, Bluetooth 5.1, GPS/GLONASS/Beidou, NFC, and USB Type-C

In terms of optics, the LG Velvet 5G will sport a triple camera setup consisting of a 48MP primary sensor, 8MP ultra-wide sensor, and a 5MP depth sensor. There is a 16MP sensor on the front for selfies and video chats. It will get an in-display fingerprint sensor for security and stereo speakers aided by Artificial Intelligence. The phone houses a 4,300mAh battery with fast-wired charging and 10W wireless charging support. It will also have support for LG Dual Screen and Stylus Pen. Speculations are rife that the LG Velvet 5G price will be KRW 899,800 (approx Rs 56,000) in South Korea, which is a bit steep for a mid-range phone. The LG Velvet 5G will go on sale through all the three major carriers in South Korea from May 15th.