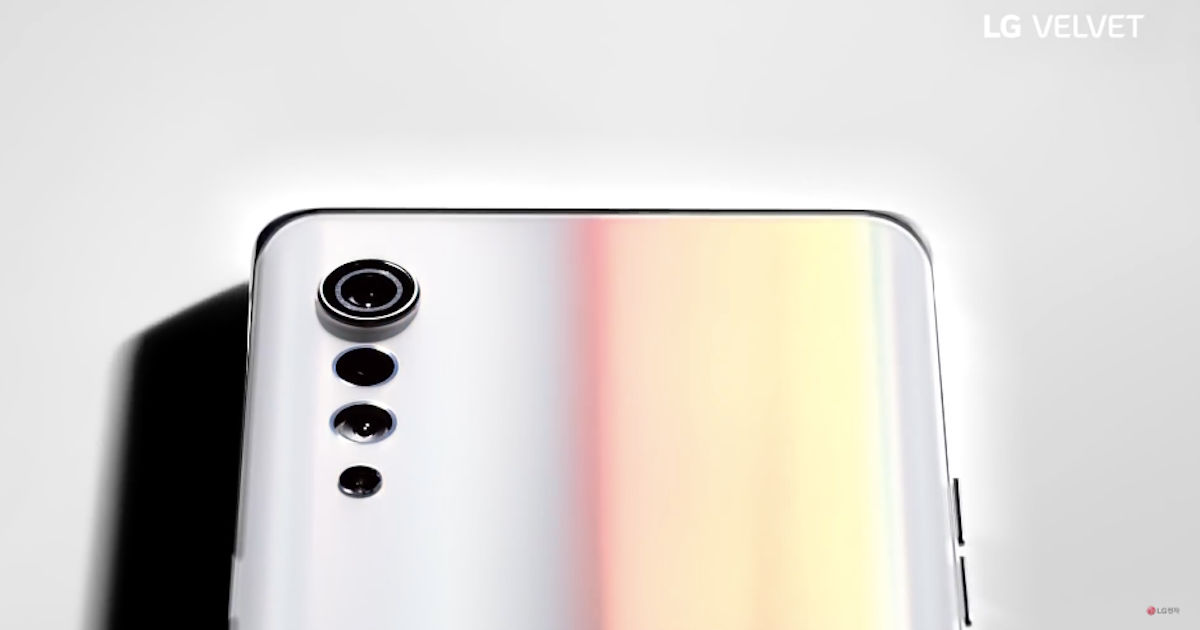 LG Velvet specifications have appeared online ahead of the smartphone’s launch on May 7th. The upcoming phone from LG has been turning some heads thanks to its unique design language, especially with regards to the ‘raindrop’ rear camera setup. Ahead of the launch event, an alleged LG Velvet specs sheet has been spotted on the internet, which reveals previously known details such as the Snapdragon 765 chipset and new information such as the camera sensors and battery capacity. The Velvet phone will look to replace the LG G-series of smartphones in the upper mid-range segment. 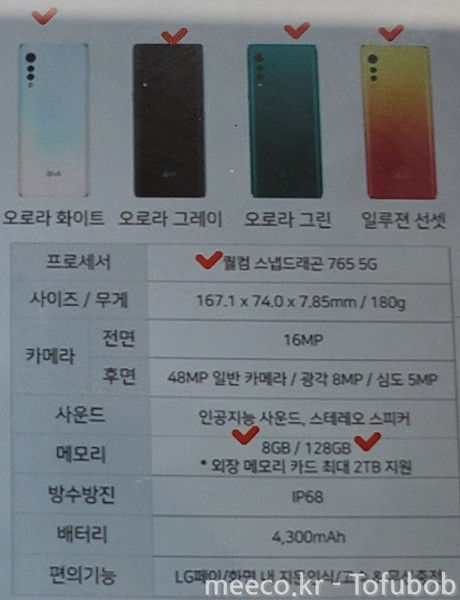 Before we move ahead, we should mention that there is no way for us to know whether the leaked specs sheet is legitimate or not, so it would be wise to take it with a pinch of salt.

The company has already confirmed a few LG Velvet specifications such as the Snapdragon 765 5G processor as well as colour options like Aurora White, Aurora Green, Aurora Gray, and Illusion Sunset. The spec sheet adds that the LG Velvet will sport a 48MP main camera sensor, which is accompanied by 8MP and 5MP lenses. The waterdrop notch on the front will house a 16MP camera for selfies.

The LG Velvet will seemingly come with 8GB RAM and 128GB internal storage, which will support up to 2TB storage expandability, according to the leaked spec sheet. Moreover, the handset will house a 4,300mAh battery and will support fast wired and wireless charging. It will come with an IP68 rating for dust and water resistance. The smartphone will measure 167.1×74.0x7.85mm and weigh 180 grams.

LG Velvet price in South Korea is expected to be set at KRW 899,800 (approx Rs 56,000). There is no word yet on whether the company plans to launch the phone in other markets like India as of yet. We should know more about the LG Velvet specifications, price and availability on launch day i.e May 7th.