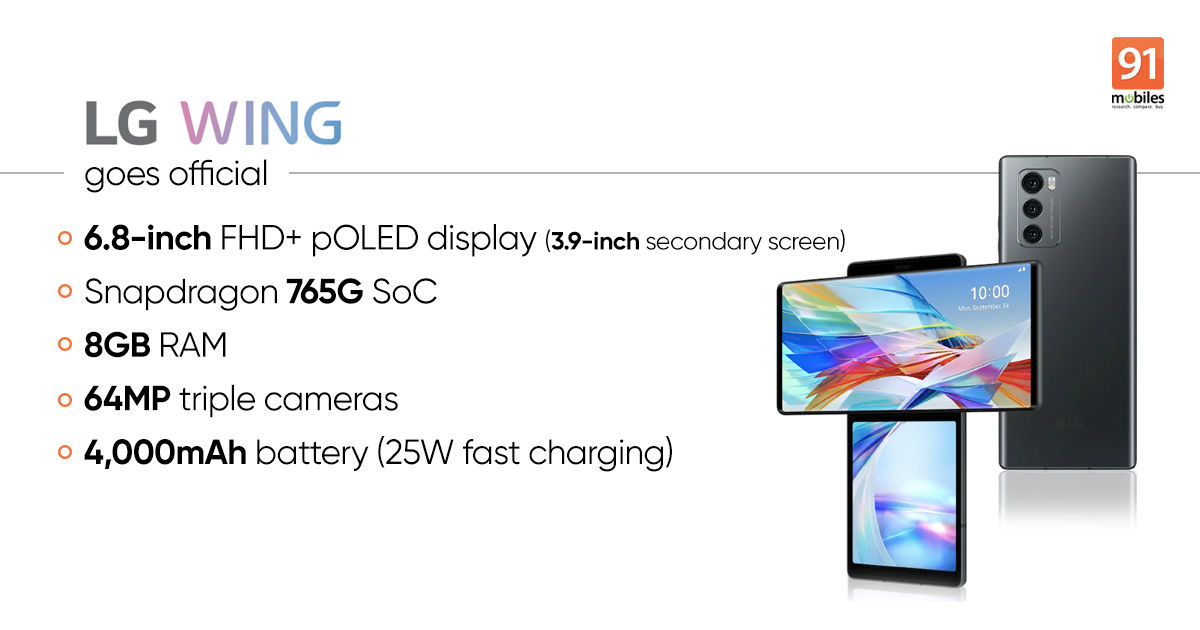 LG Wing has been announced as a unique dual-screen phone under the company’s new Explorer Project. It comes with a 6.8-inch pOLED FullVision primary display and a 3.9-inch secondary screen that sits behind the main screen. The second screen shows up after enabling the Swivel Mode, which rotates the main display 90-degrees in landscape mode. This essentially allows the user to use both the screens of the LG Wing in new ways. LG says the hinge mechanism has been tested for 200,000 swivels. Key specifications of LG Wing include Snapdragon 765G SoC, 64MP quad-cameras, and 32MP selfie snapper. The phone will be available in South Korea from October and eventually in North America and Europe. The pricing details aren’t revealed just yet.

In terms of optics, the LG Wing has a triple camera setup at the back consisting of a 64MP primary sensor, a 13MP ultra-wide-angle lens with a 117-degree field of view and OIS, and a 12MP ultra-wide Gimbal mode camera with a 120-degree view. There is a 32MP sensor on the front for selfies and video chats and an in-display fingerprint sensor for security. The phone packs a 4,000mAh battery with 25W fast charging and 10w wireless charging support. The LG Wing is MIL-STD 810G compliant and IP54 water and dust resistant. It measures 169.5 x 74.5 x 10.9 mm and weighs 260 grams. 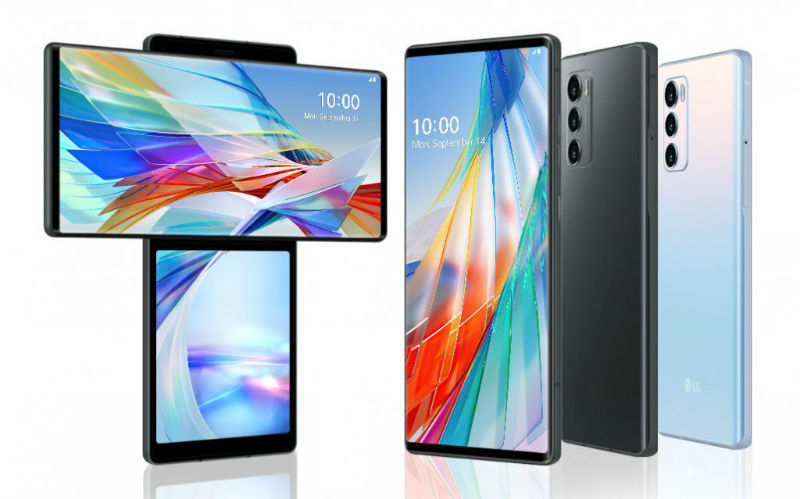 The LG Wing comes with a Multi App feature that allows users to create shortcuts for two apps they use frequently. The Swivel mode is useful especially when driving, allowing users to follow map directions on the Main Screen while using the second screen for calls. There is Grip Lock that displays information such as time and date on the second screen. The company has partnered with YouTube and comes pre-installed with the NAVER Whale browser, meaning while the video plays on the main screen, the second display surfaces comments or the search bar.