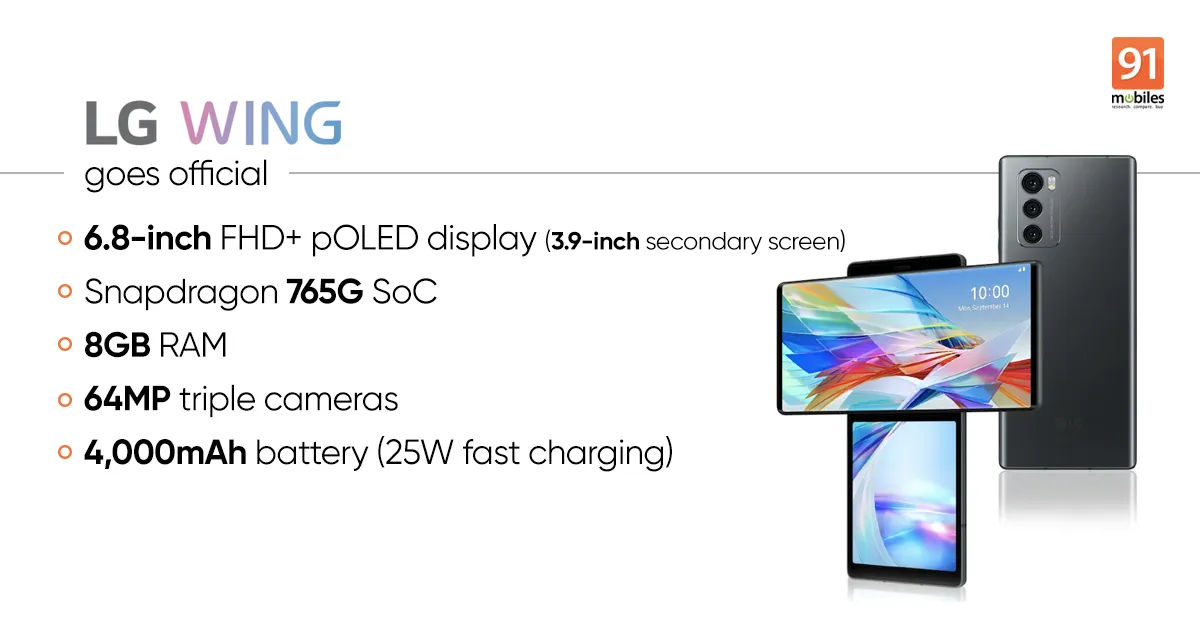 LG Wing price in India and specifications have been revealed as the dual-screen phone goes official in the country. The handset, which was globally announced in September as part of LG’s Explorer series, debuts in the country with a unique swivel design that rotates the primary screen 90-degrees to reveal a smaller secondary screen. LG Wing specs include a 6.8-inch pOLED FullVision display, a 3.9-inch second screen, Snapdragon 765G 5G SoC, 64MP triple rear cameras, 32MP pop-up camera, among others. LG Wing release date in India, price, and complete specifications are as below.

LG Wing price in India is set at Rs 69,990 and it comes with 8GB RAM and 128GB internal storage. The phone will go on sale in India starting November 9th and will be available in Aurora Gray and Illusion Sky colour options.

The LG Wing specifications include a 6.8-inch full HD+ pOLED primary display that bears 20:5:9 aspect ratio and 1,080 x 2,440 pixels resolution and a 3.9-inch G-OLED second screen with 1,240 x 1,080 pixels resolution. The display supports two modes – Basic Mode and Swivel Mode. In the Basic mode, the Wing will function just like a regular smartphone, but in Swivel mode, the primary display rotates 90 degrees into a landscape mode for users to interact with the secondary display for multi-tasking, gimbal mode, and other such use cases. LG claims that the swivel mechanism has been tested to turn clockwise for over 2 lakh times. 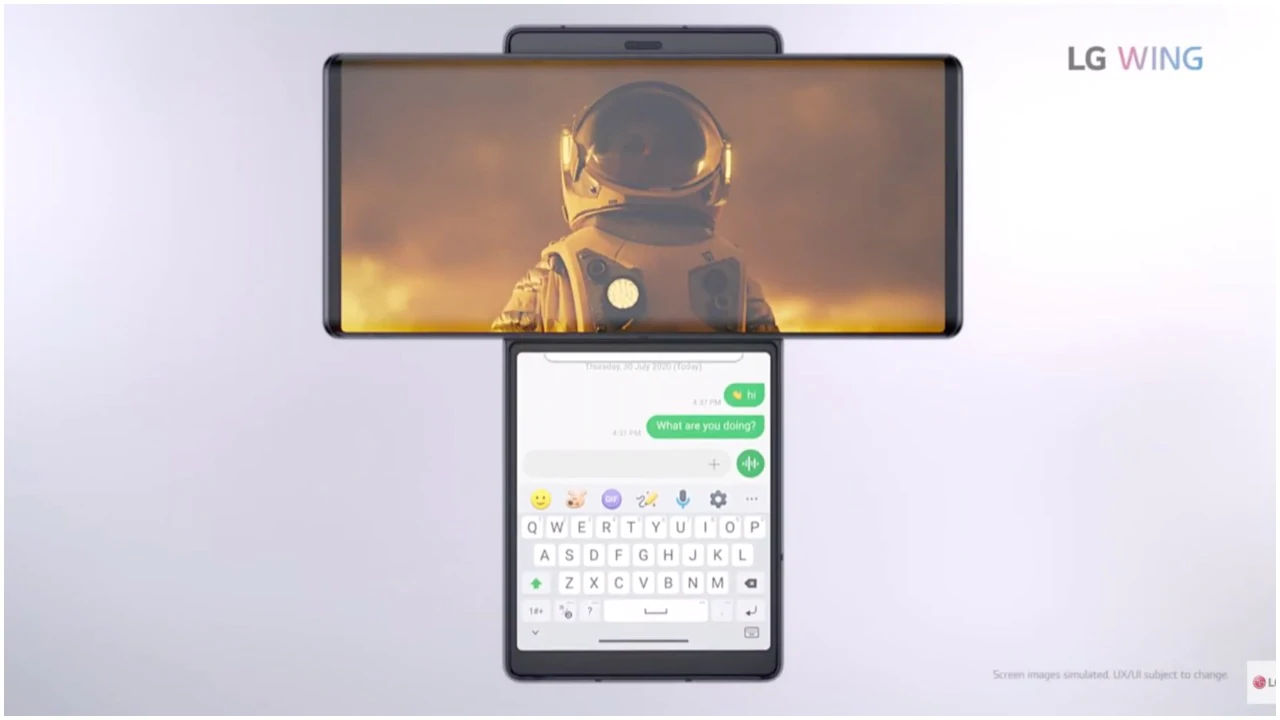 Under the hood, the handset is powered by Snapdragon 765G 5G SoC coupled with Adreno 620 GPU, 8GB RAM, and 128GB internal storage that are further expandable up to 2TB via microSD card. The phone runs Android 10 OS with LG’s custom skin out of the box that supports a Multi App feature that allows users to create shortcuts for two apps they use frequently. There is Grip Lock that displays information such as time and date on the second screen. The company has partnered with YouTube and comes pre-installed with the NAVER Whale browser, meaning while the video plays on the main screen, the second display surfaces comments or the search bar.

In optics, the LG Wing rocks a triple camera system at the back comprising a 64MP primary sensor, a 13MP ultra-wide-angle lens with a 117-degree field of view and OIS, and a 12MP ultra-wide Gimbal mode camera with a 120-degree view. The front 32MP selfie camera is hidden in a pop-up mechanism atop. The handset is driven by a 4,000mAh battery with QuickCharge 4.0 and 10W wireless charging. Additionally, the LG Wing is IP54 certified for water and dust resistance and has MIL-STD 810G compliance. The phone measures 169.5 x 74.5 x 10.9 mm and weighs 260 grams.