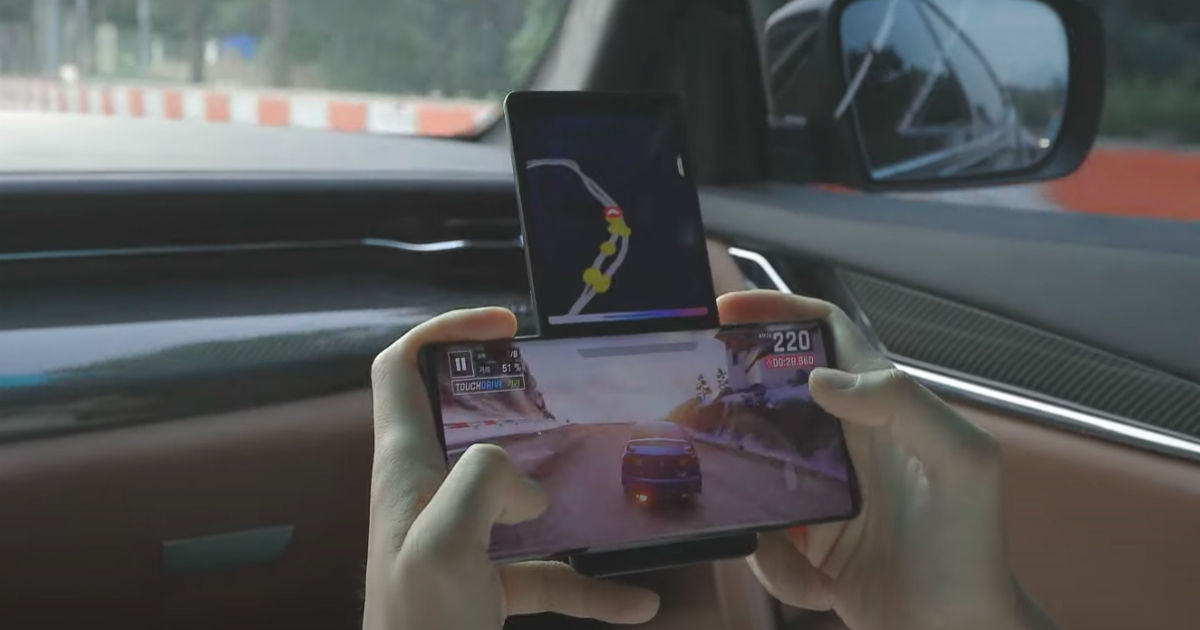 LG Wing is the South Korean giant’s upcoming unique phone with a rotating secondary display. What looked like the final version of the phone had previously leaked in a hands-on video, wherein the phone’s primary display is used for navigation while the secondary display, which is attached on the right, for music player and other tasks. Now, yet another hands-on video of the phone has surfaced online, courtesy of Android Authority. The video shows a person playing Asphalt 9 game on the primary large display in landscape mode with on-screen controls, while the secondary display is used for navigation on the map.

This is a completely new experience of multitasking without compromising on the screen real estate for their of the tasks, while also keeping tabs on both screens. In a way, this could be a perfect gaming phone, given that it packs required hardware and internals. While LG has unveiled optional secondary displays that can be connected to its flagships for better on-screen controls, game elements, and more, LG Wing’s approach is slightly restrained because of the smaller display size and 1:1 aspect ratio. However, it is still an impressive addition.

According to reports, LG Wing will be powered by the Qualcomm Snapdragon 765G SoC and have 5G connectivity. From the video, it is clear the phone offers slim-bezels on all corners for an immersive viewing experience. While it’s not confirmed, the LG Wing is said to debut later this year and is said to be on the costlier side. Given the hardware, we aren’t surprised. We should learn more information soon.