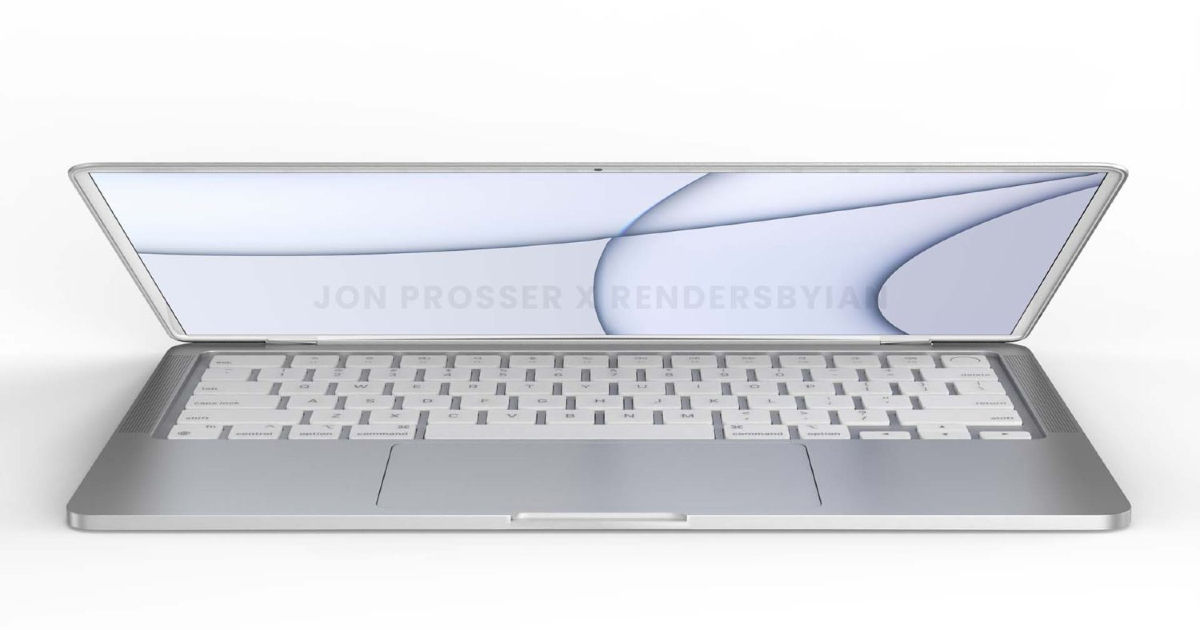 Rumours about the new MacBook Air have been doing rounds on the web for quite some time. A recent leak has suggested the machine could be available in an array of colours similar to the new iMac. Now, more details about the upcoming MacBook Air’s design has surfaced online. Noted Apple tipster Jon Prosser in a new YouTube video claims that he has managed to obtain the images of the redesigned Macbook in new colours. However, he says that it isn’t entirely clear whether this is MacBook Air or just a ‘MacBook’. The lack of ports on it suggests it may not be a MacBook Pro. Jon Prosser hasn’t shared the actual images of the upcoming MacBook. Instead, he has posted renders that were created in association with RendersByIan. These show the MacBook will have a thin and lightweight design but the tapered edge of the MacBook Air is no longer present. The upcoming machine seems to have a flat-edged design similar to the iPad Pro and iPad. The laptop seems to be available in Blue, Yellow, Pink, Silver, Purple and Green colour options. It has two USB-C ports, one on either side. It has white bezels around the display and a webcam. While Prosser confirms the MacBook will have white bezels similar to the iMac, the actual size of the bezels remains a mystery.

The forthcoming MacBook Air has a redesigned keyboard, which is also a white colour option. Either way, considering that Jon Prosser is usually accurate with his designs of future Apple products with renders based on real-world images, we can expect the MacBook Air final design to be similar.