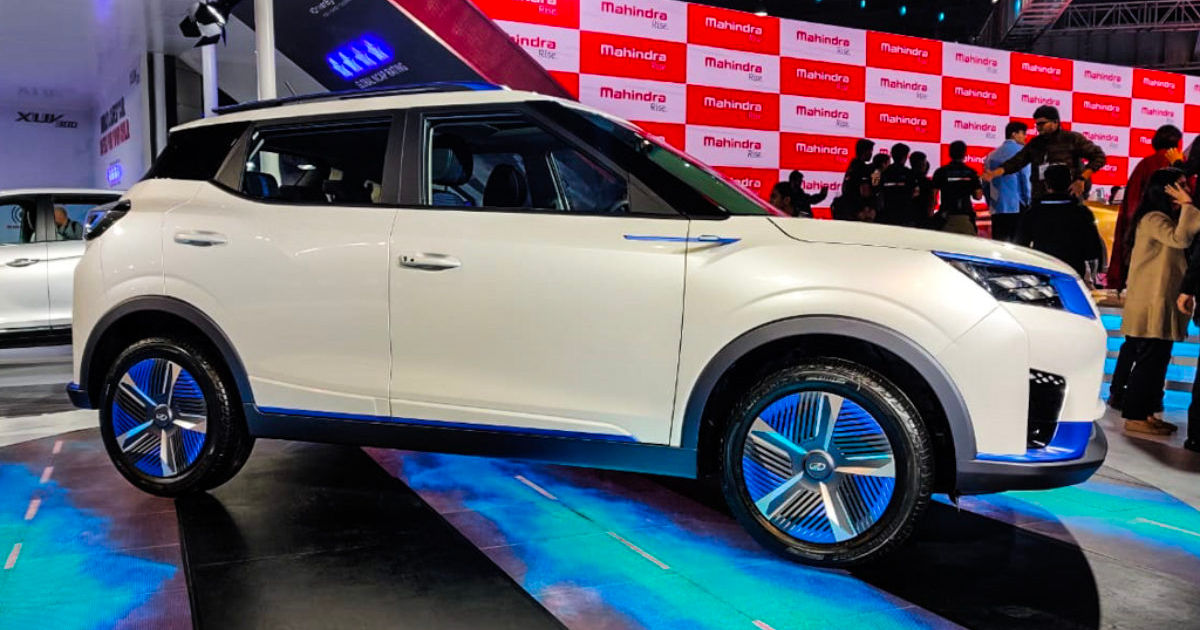 Mahindra’s electric mobility division has been working on the Mahindra XUV400 compact electric SUV for some time, and the vehicle might soon see the light of the day next month. According to some fresh reports, Mahindra is working towards the launch of the XUV400 electric SUV on September 6th 2022. The vehicle is the production-spec version of the eXUV300 that was showcased at Auto Expo 2020 and is based on the Mahindra XUV300.

Mahindra is strongly rooting for the EV SUV segment in India, and on August 15th unveiled five new electric models based on its new INGLO electric skateboard platform. The platform will be adopted for iterations of the Mahindra XUV700 as well as fresh new products under Mahindra’s ‘Born Electric’ philosophy.

The Mahindra XUV400 has been spotted on test on public roads for quite some time now, and the Indian automotive giant finally launches it next month. According to media reports, Mahindra will launch the XUV400 on September 6th 2022. When launched, it would rival the Tata Nexon EV Prime and the Tata Nexon EV MAX. The Mahindra XUV400 could command a couple of lakhs in premium over the standard ICE car and could bear a price tag of Rs 15 lakh to Rs 18 lakh (ex-showroom before subsidies).

The Mahindra XUV400 is likely to strongly resemble the eXUV300 compact EV SUV that was showcased at Auto Expo 2020. However, according to the leaks and spy shots that followed, it has been observed that the XUV400 will be more than 4m long. If that’s the case, then the XUV400 will have the edge over the Nexon EV Prime and Nexon EV MAX in terms of seating space as well as boot space, given that the Nexon is a sub-4m compact SUV.

The XUV400 is expected to get EV-centric design details such as a blanked-out front grille, an air dam for cooling components such as the brake and the battery, and detailing using poppy colours to distinguish itself from its ICE-powered counterparts. The XUV400 will also feature a new set of headlamps with redesigned internals, and a new set of rear LED tail lamps.

This electric Mahindra could utilise a 150bhp and is likely to offer a choice of two battery pack options. The XUV400 is also expected to retain its front-wheel drive powertrain layout. Additional equipment, in the form of new infotainment based on Mahindra’s AdrenoX platform, can be expected. ADAS features on the top-end trim might also be offered.