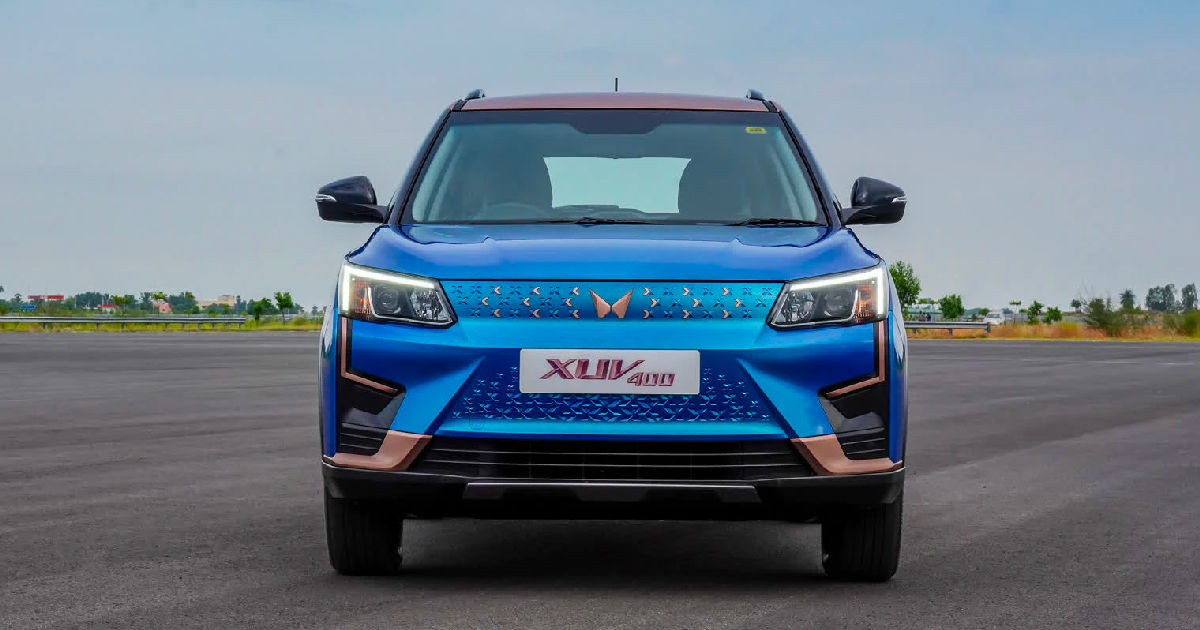 Mahindra & Mahindra have finally taken the wraps off of the much-awaited Mahindra XUV400 compact EV SUV. The new EV SUV starts off Mahindra’s mainstream EV ambition in the country and will compete with the Tata Nexon EV MAX, the MG ZS EV and the Hyundai Kona EV in India. The new Mahindra XUV400 promises new-age digital features, connectivity, 450+km driving range, strong performance and crisp looks. Mahindra will start test drives in December, and the company will launch the vehicle in January 2023.

The XUV400 comes more than two years after it was first previewed at the 2020 Auto Expo as the eXUV300. This EV will be followed by Mahindra’s ‘Born Electric’ lineup, which you can read about here.

The Mahindra XUV400 price in India will be announced later in January 2023 when the vehicle launches.

Mahindra XUV400 has gone public, and the Indian automaker has released some details on the upcoming compact EV SUV. The vehicle will be available for test drives across 16 cities – Mumbai, Hyderabad, Delhi NCR, Bengaluru, Kolkata, Chennai, Pune, Ahmedabad, Goa, Jaipur, Surat, Nagpur, Trivandrum, Nashik, Chandigarh, Kochi. Mahindra will announce the price in January 2023 and expects to start deliveries right away.

The Mahindra XUV400 is based on the XUV300 and Ssangyong Tivoli compact SUVs but, like the latter, is longer than 4m. Mahindra boasts of the vehicle’s dimensions and claims that the XUV400 is the widest, has the longest wheelbase and has the biggest boot capacity at 1821mm, 2600mm and 378 litres, respectively.

The Mahindra XUV400 is the first compact EV SUV from the indigenous automaker to wear its new bronze-coloured twin peaks badge. The EV SUV will be available in Arctic Blue, Everest White, Galaxy Grey, Napoli Black and Infinity Blue, with a dual-tone roof option in Satin Copper finish. The XUV400 is detailed with bronze highlights across the exterior and also gets diamond-cut dual-tone alloy wheels. The front fascia and rear fascia is redesigned to differentiate from the ICE-powered XUV300. LED elements in the headlamp and taillamp clusters too have been altered, but surprisingly, the vehicle doesn’t seem to get front fog lamps!

The power train is handled by a single motor that generates 147.5bhp of peak power and a class-leading 310Nm of torque that is paired with a 39.4kWh battery pack. Mahindra claims that the XUV400 can go from 0 to 100kmph in just 8.3 seconds which is a benchmark in the segment. The compact EV SUV is capable of travelling 456km on a single charge and gets 3 driving modes – Fun, Fast and Fearless. The vehicle can be charged from 0 to 80 percent in only 50 minutes via a DC fast charger. However, it would take a whopping 13 hours to charge from 0 to 100 percent whilst using a standard 3.3 kW/16A domestic socket.