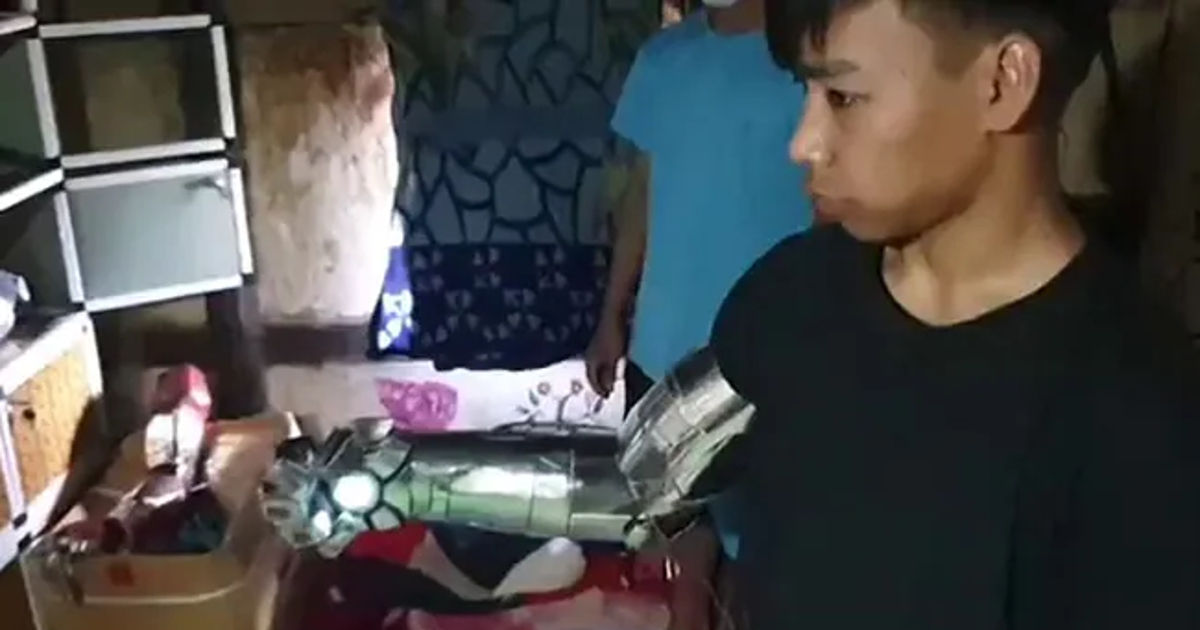 Anand Mahindra is known to be a philanthropist besides being the chairman of Mahindra Group. Earlier this year, he was quite impressed by a teenager from Manipur who built an Iron Man suit from scrap. In a series of tweets, Mahindra praised the boy and promised to support him. He wrote that Mahindra Foundation would facilitate and continue the education of Prem and his siblings. Now, staying true to his promises, Anand Mahindra in a tweet has revealed that Prem has now arrived at Mahindra University in Hyderabad to pursue his engineering.

“Remember Prem, our young Indian Ironman from Imphal?” Mahindra asked his 8.5 million followers. “We promised to help him get the engineering education he wanted and I’m delighted to share that he has arrived at Mahindra University in Hyderabad. Thank you Indigo for taking such good care of him,” said Anand.

Remember Prem, our young Indian Ironman from Imphal? We promised to help him get the engineering education he wanted and I’m delighted to share that he has arrived at @MahindraUni in Hyderabad. Thank you Indigo for taking such good care of him.. https://t.co/7Z6yBi39yi pic.twitter.com/Hw7f0c5lGW

Anand Mahindra first shared about Prem back in September when the young boy had managed to build an Iron Man suit replica using scrap material, which left many, including Anand Mahindra impressed. He then shared the video that showed the teenager wearing the suit, which looks like a close replica of the suit that Tony Star wears in the Marvel movies. Anand Mahindra’s team had then managed to contact prem by visiting his town Heirok a few days after his first tweet. He further added that Mahindra Group’s Chief Design Officer, Pratap Bose si equally impressed by Prem’s work and would mentor his career in the right direction.

This isn’t the first time that Anand Mahindra’s tweets have been helpful for those in need. There were many such incidents in the past as well.

The next big thing for Hyundai? Building the Iron Man suit