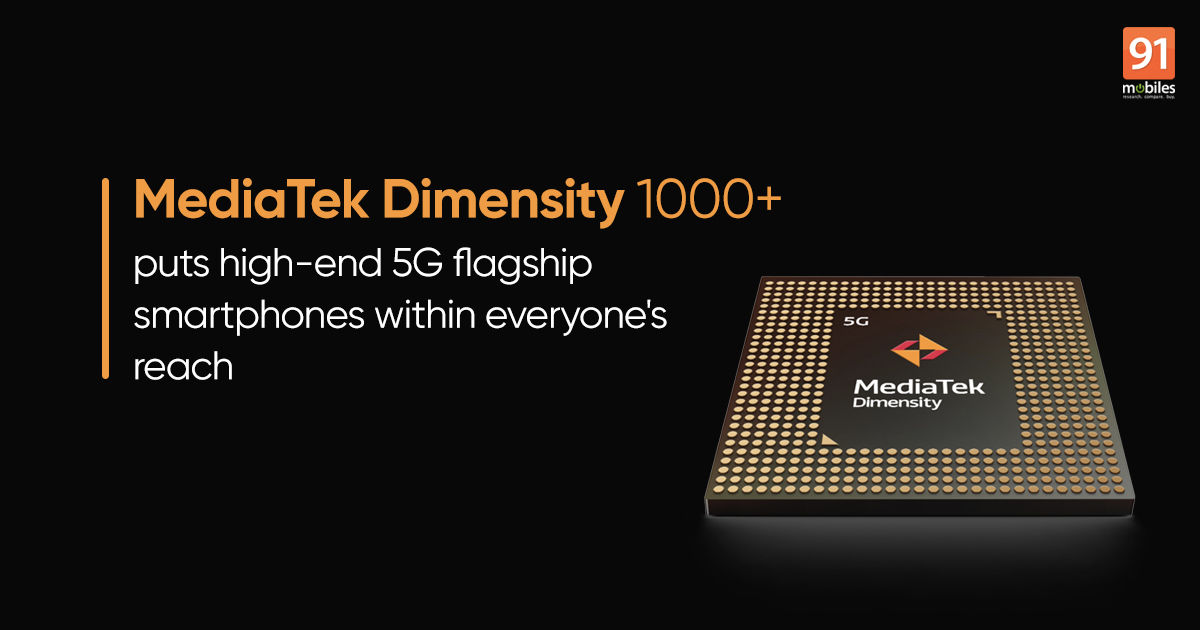 The latest advancements in smartphone tech are usually out of the reach for many users. We’re referring to aspects like access to the upcoming 5G networks, a high-resolution imaging sensor, CPU cores which offer incredible compute or displays with rapid refresh rates, and other sought-after features powered by flagship SoCs. That is, until MediaTek debuted its MediaTek Dimensity range of processors. Notably, MediaTek Dimensity 1000+ which for the first time in a long while, brings the best a phone has to offer to the mass market. Let’s have a look at all the features offered by this power-packed SoC.

The entire MediaTek Dimensity range, including the flagship MediaTek Dimensity 1000+ processor, all come with an integrated 5G modem which should offer users incredible download and upload speeds without eating into the phone’s battery backup. What’s more, the top-end chip has been fabricated using a 7nm process. MediaTek 5G UltraSave technology which smartly gauges the data transmission and adjusts the power configuration and operating frequency accordingly, makes MediaTek Dimensity 1000+ quite possibly the most efficient flagship 5G SoC. 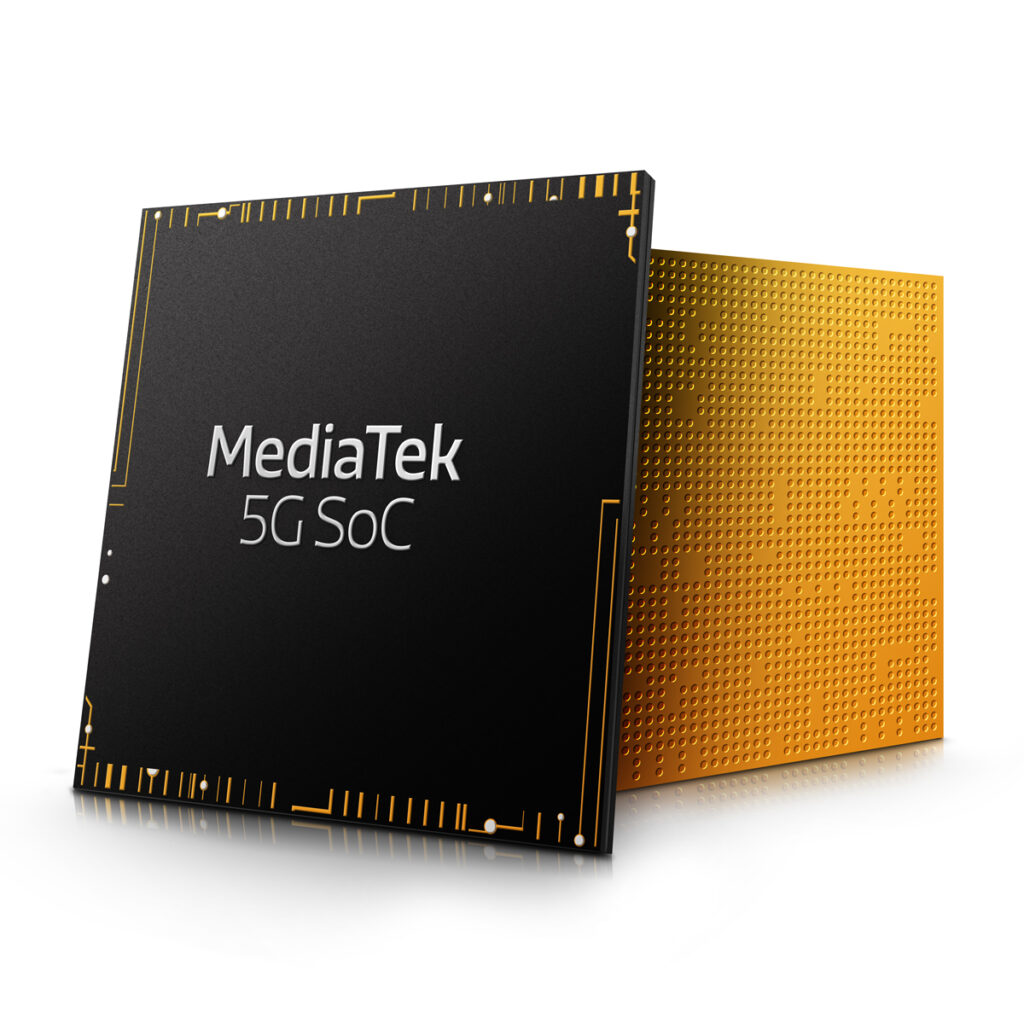 It’s also noteworthy that the chipset offers over 30 percent better throughput coverage owing to 5G Carrier Aggregation. In a nutshell, MediaTek Dimensity 1000+ can combine multiple 5G connections together, which theoretically, won’t just provide lightning-fast download speeds of up to 4.7Gbps, but it should also offer more consistent network coverage.

A high-refresh rate display doesn’t just mitigate any blur or jitteriness when playing games, but it also greatly enhances a user’s experience when doing mundane tasks such as browsing the interwebs or scrolling through the interface. With MediaTek Dimensity 1000+, users will be able to enjoy display refresh rates of up to 144Hz, that too on a pixel-dense Full HD+ panel. Correspondingly, the displays on phones backed by MediaTek Dimensity 1000+ can refresh at up to 144 times a second, ensuring animations and transitions glide on the panel.

MediaTek Dimensity 1000+ is above all, a performance powerhouse and the SoC has the specs to back it up. The chipset features an octa-core CPU, with four Arm Cortex-A77 performance cores operating at up to 2.6GHz. The second cluster comprises four power-efficient Arm Cortex-A55 cores which should help strike the perfect balance by keeping CPU usage in check, thereby conserving battery life to a certain degree. That’s not all as the SoC also comes with the Mali-G77 MC9 GPU which offers not one, not two but nine dedicated cores geared towards gaming. Rest assured, you should be able to crank up the graphics settings whilst getting respectable frame rates on the most popular gaming titles. 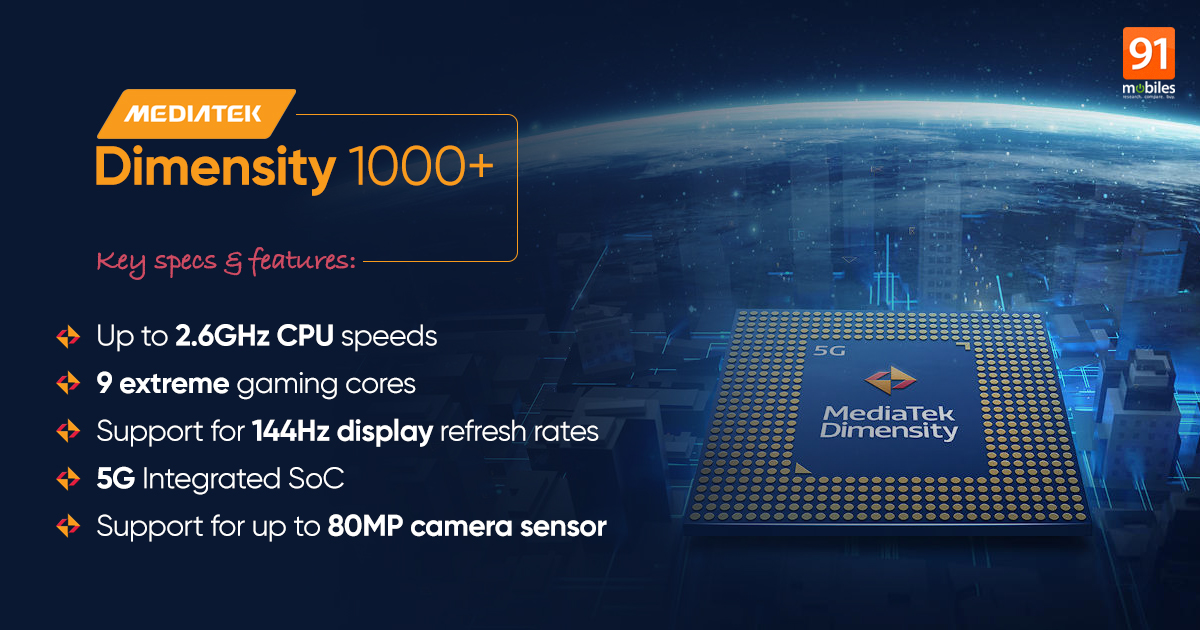 While all that’s good and dandy, MediaTek has also worked quite a bit in optimising its flagship SoC’s hardware. Case in point, MediaTek HyperEngine 2.0, which adds a wealth of features to reduce the player’s in-game latency, game load times, and much more. Moreover, by leveraging its second-generation Resource Management Engine, MediaTek Dimensity 1000+ SoC can also actively balance load and allocate resources accordingly between the CPU and the GPU, ensuring one element isn’t bogged down and acting as a bottleneck for the other. And, last but certainly not least, MediaTek has also minimised Bluetooth latency with the chipset, which works in tandem with the aforementioned MediaTek HyperEngine 2.0’s low-latency protocols for the GPU. Correspondingly, not only are a player’s screen taps and in-game audio relayed faster, but they are in sync too.

Suffice it to say, you’ll have only your skills to blame when losing a match on a MediaTek Dimensity 1000+ backed device.

Thanks to the advancements in camera tech, smartphones have all but replaced DSLRs and have become the go-to camera for many. Nowadays, most mainstream devices come toting multiple lenses to cover a variety of different scenarios. That said, the quality of the sensor used is directly dependent on the SoC onboard. With MediaTek Dimensity 1000+, smartphone OEMs can leverage the latest 80MP sensors when they hit the market. That’s not all, thanks to MediaTek Imagiq, the SoC can leverage a range of camera features, including the ability to record multi-exposure 4K HDR videos, wherein, the camera captures frames at different exposures and fuses them together to output the most accurate representation of the scene.

Movies made immersive with MediaTek MiraVision

Did you know that most smart TVs are backed by a MediaTek processor? It was only a matter of time then, before the company brought its valued learnings over to smartphones powered by its processors. MediaTek Dimensity 1000+ for instance, utilises MediaTek MiraVision technology, which can convert SDR content to HDR quality by increasing the contrast in real-time. Furthermore, by leveraging this technology, MediaTek Dimensity 1000+-powered phones can also upgrade legacy HDR10 media to match the newer HDR10+ quality by dynamically adjusting every single frame.

realme to launch the world’s first MediaTek Dimensity 810 device: Here’s what to expect