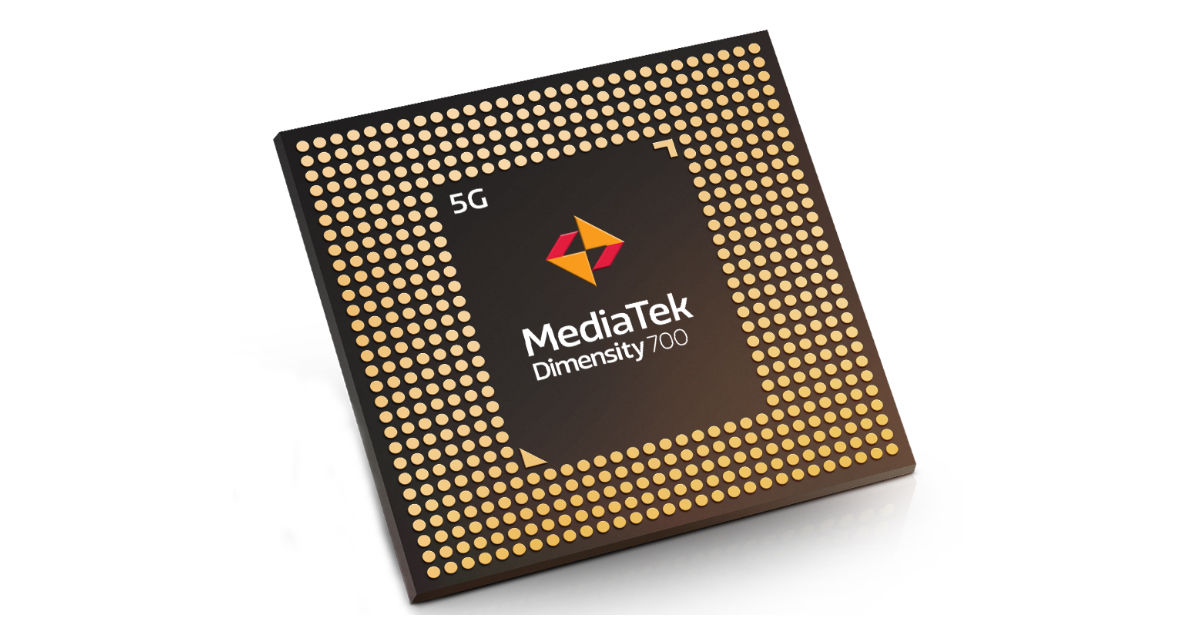 MediaTek on Tuesday announced the Dimensity 700 5G chipset based on a 7nm process. The SoC slots below the Dimensity 720, which powers the likes of the Realme V5 in China. The all-new Dimensity 700 is an even more affordable 5G processor as the chipmaker aims to make 5G more accessible to everyone. In addition to 5G support, the Dimensity 700 also includes support for 90Hz display, up to 64MP cameras, and multiple voice assistants. The chipset also supports India’s NavIC, which means it is expected to arrive in the country soon enough.

The MediaTek Dimensity 700 supports 5G Carrier Aggregation (2CC 5G-CA) and Dual 5G SIM. The chipset is based on a 7nm process and comprises two Cortex-A76 cores clocked at 2.2GHz and six Cortex-A55 cores clocked at 2.0GHz. The processor is also equipped with the Mali-G57 MC2 GPU clocked at 950MHz and LPDDR4X.

As mentioned earlier, the Dimensity 700 chipset can support phones offering full HD+ displays with a 90Hz refresh rate. It also enables up to 64MP camera sensors along with AI enhancements. Additionally, the chipset will be able to support a variety of virtual assistants from brands like Google, Amazon, Baidu, Tencent, Alibaba, and more. The Dimensity 700 5G chipset also supports India’s NavIC GPS, Wi-Fi 5, Bluetooth 5.1, and more.

The first phones to be powered by the Dimesnity 700 chipset are expected to arrive early next year. MediaTek recently revealed that Dimesnity-powered phones will be launching in India in 2021 to make 5G phones more accessible. The Realme X7 series is expected to be the first to bring the Dimensity chipset to the country as it is expected to be released later this month or in December.