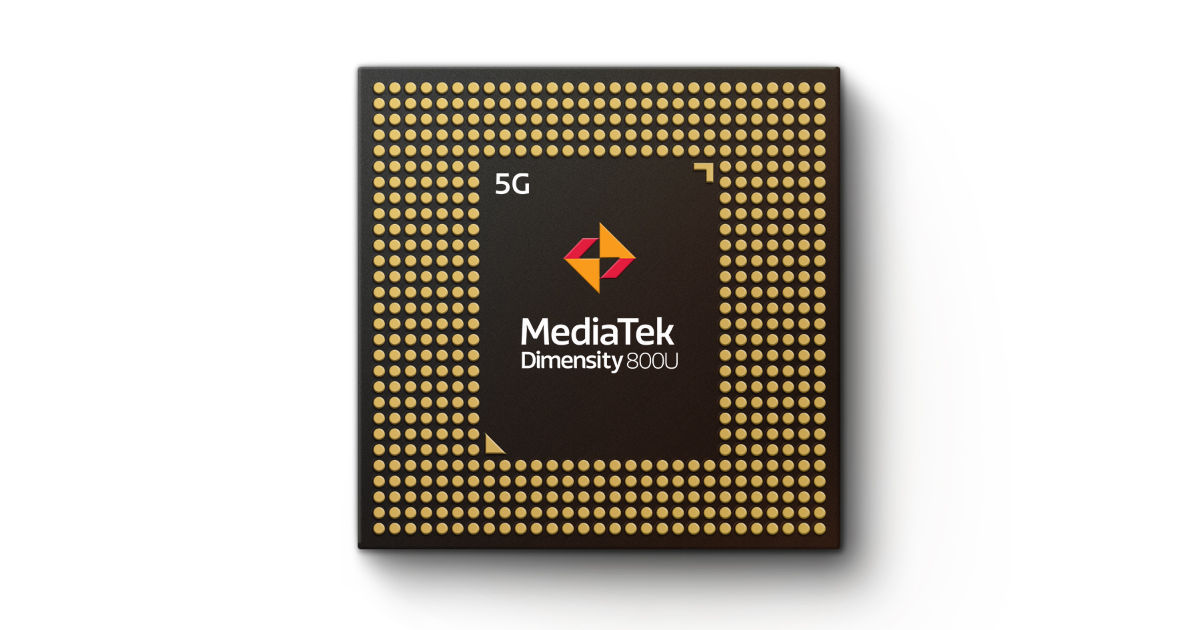 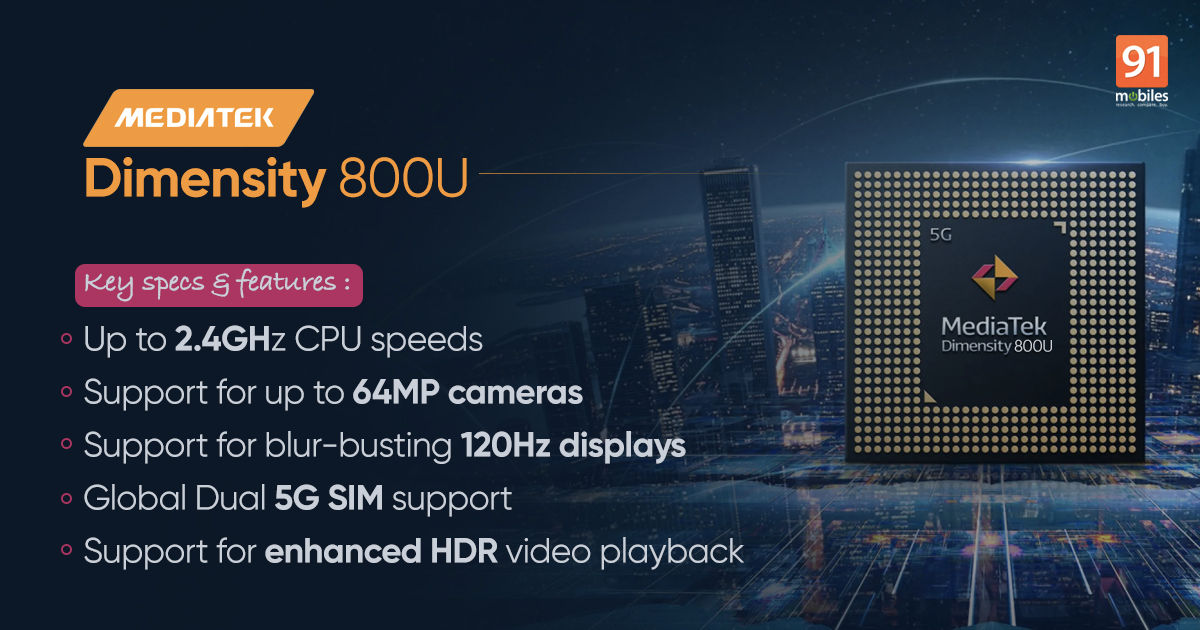 The MediaTek Dimensity 800U SoC supports FHD+ display with 120Hz refresh rate, HDR10, and MediaTek MiraVision PQ engine with HDR optimisation. The chipset supports 64MP cameras and quad-cameras. It has an integrated APU and ISP to offer AI camera enhancements. The chipset supports voice on wakeup (VoW) and dual-mic noise reduction technology. This is claimed to lower the standby power consumption of the voice assistant and allows it to hear clear sound despite the external noise interruption.

The MediaTek Dimensity 800U also comes with UltraSave technology, where the modem’s operating mode is managed based on the network environment and data transmission quality. This is said to extend the battery life of mobile devices. The chipset is claimed to be 11 percent faster CPU performance and 28 percent faster GPU performance compared to the Dimensity 720.

MediaTek says smartphones powered by the Dimensity 800U will be launched in January 2021 and Realme X7 will be the first phone to bring the chipset to India. The Realme X7 has been launched in China and packs a 6.4-inch FHD+ Super AMOLED display, MediaTek Dimensity 800U SoC, 8GB RAM, 128GB internal storage, 64MP quad cameras, and 65W fast charging, among other things.