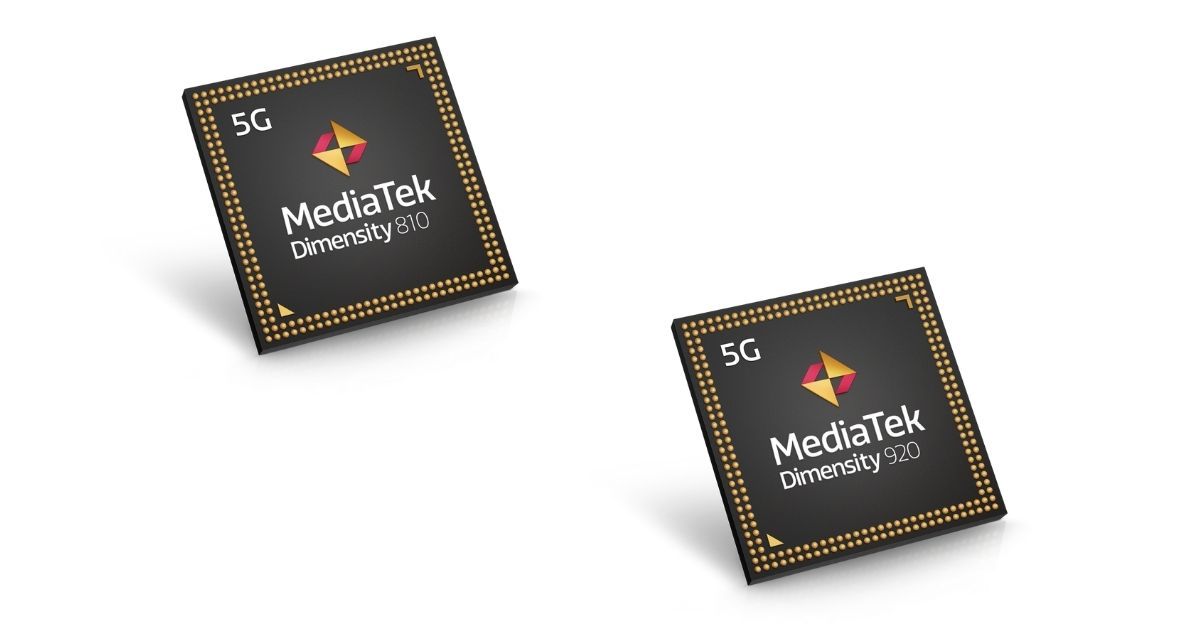 MediaTek has unveiled its latest 5G chipsets, the Dimensity 810 and the Dimensity 920. According to the chipmaker, the new processors are designed for powerful 5G smartphones and are manufactured using a 6nm fabrication process. Both new chipsets offer good performance and great power to cost value. They also offer support for MediaTek’s HypeEngine Game Boost technology for improved gaming performance. The company revealed that smartphones with the new chipsets will arrive in Q3 2021.

The MediaTek Dimensity 920 is an octa-core CPU that comes with ARM Cortex-A78 processors clocked at 2.5GHz. It features fast LPDDR5 memory and supports UFS 3.1 storage. The chipset comes with Smart Adaptive Display technology that can adjust refresh rates based on usage. It supports hardware-based 4K HDR video capture, up to four camera sensors, and has a flagship-class HDR image signal processor.

In terms of connectivity, the Dimensity 920 supports dual 5G SIM, 2×2 MIMO Wi-Fi 6, Bluetooth 5.2, and multi-GNSS. As for gaming, the SoC offers MediaTek HyperEngine 3.0 support with a 9 percent improvement from the outgoing 900 series chipset.

Coming to the Dimensity 810, this chipset will be found in affordable smartphones. It’s also an octa-core CPU that features Cortex-A76 processors clocked at up to 2.4GHz. The chipset supports high-refresh-rate displays, artistic AI-color, and AI-Bokeh features that were developed in collaboration with Arcsoft, and comes with HyperEngine 2.0.

The SoC can offer good camera performance thanks to advanced noise reduction technologies such as MFNR and MCTF. Smartphones using this chipset can support up to 64-megapixel camera. Other features are similar to the Dimensity 920.

MediaTek has several 5G processors in the Dimensity series, and with the new releases, it’ll strengthen its portfolio. Several smartphone manufacturers use Dimensity 5G SoCs as they are cost-effective, offer good performance, and are efficient.

realme to launch the world’s first MediaTek Dimensity 810 device: Here’s what to expect