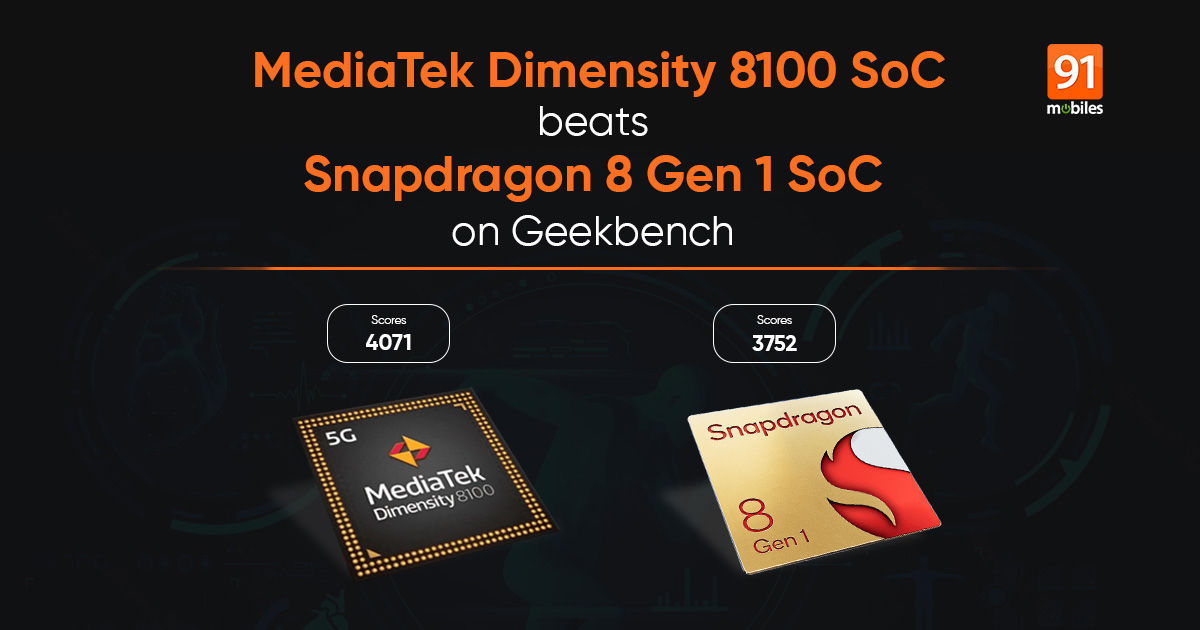 MediaTek democratised the 5G market in the last couple of years with its Dimensity line of chipsets, and it wouldn’t be unfair to say that MediaTek Dimensity chipsets left the rival Qualcomm Snapdragon chipsets in the dust when it came to 5G. Still, the Snapdragon chipsets retained their authority by providing better overall performance. However, it seems that Qualcomm’s grip on chipset performance may have started to loosen now. Just a month ago, we saw the early Geekbench score of the flagship MediaTek Dimensity 9000 chipset and that it beat the flagship Snapdragon 8 Gen 1 chipset by a considerable margin. As if that wasn’t enough, now tipster Digital Chat Station has shared the Geekbench result of MediaTek Dimensity 8100 chipset, which is also beating the Snapdragon 8 Gen 1 in multi-core score.

Geekbench 5 results for some processors pic.twitter.com/y7K6mS1Wya 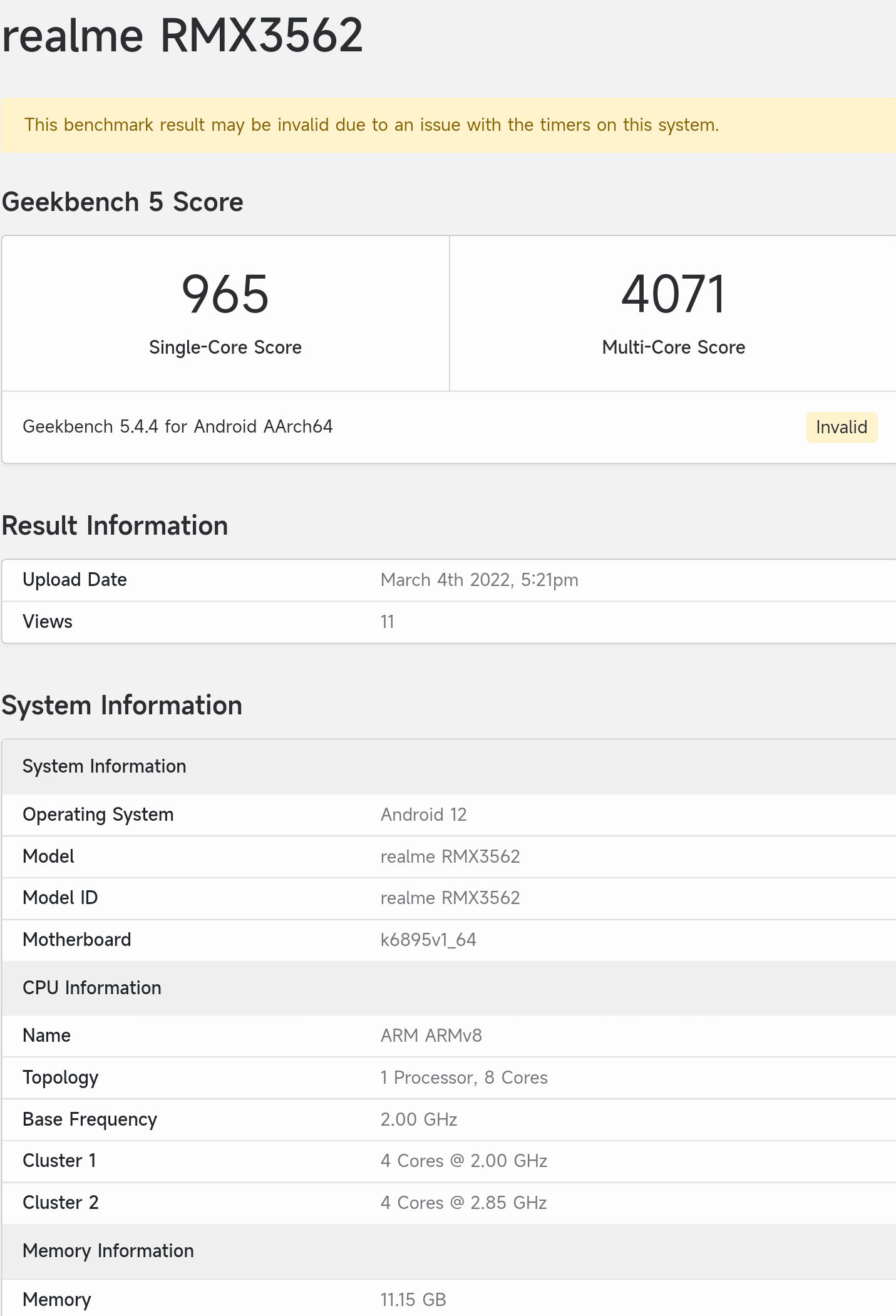 If Apple’s A15 Bionic chipsets performance superiority was not enough to make the case, these results further bolster the fact that the TSMC made chipsets are far superior to Samsung-made chipsets. For the unaware, Apple and MediaTek use TSMC as their chipset manufacturing partner, while Qualcomm uses Samsung for the same. Samsung-made chipsets were always prone to more heating and throttling than TSMC’s chipsets.

You may remember that, back in the day, Apple used both Samsung and TSMC for producing its A9 chipset. It was reported that iPhones with the Samsung-made chipsets were harsher on battery and scored a little lower on performance benchmarks. And seeing MediaTek Dimensity’s rising superiority over the Qualcomm Snapdragon chipsets, it is clear that things have not changed much.

The good news for users is that finally, we are seeing some healthy completion in the smartphone chipset market, and it’s going to be beneficial for everyone in the long run.