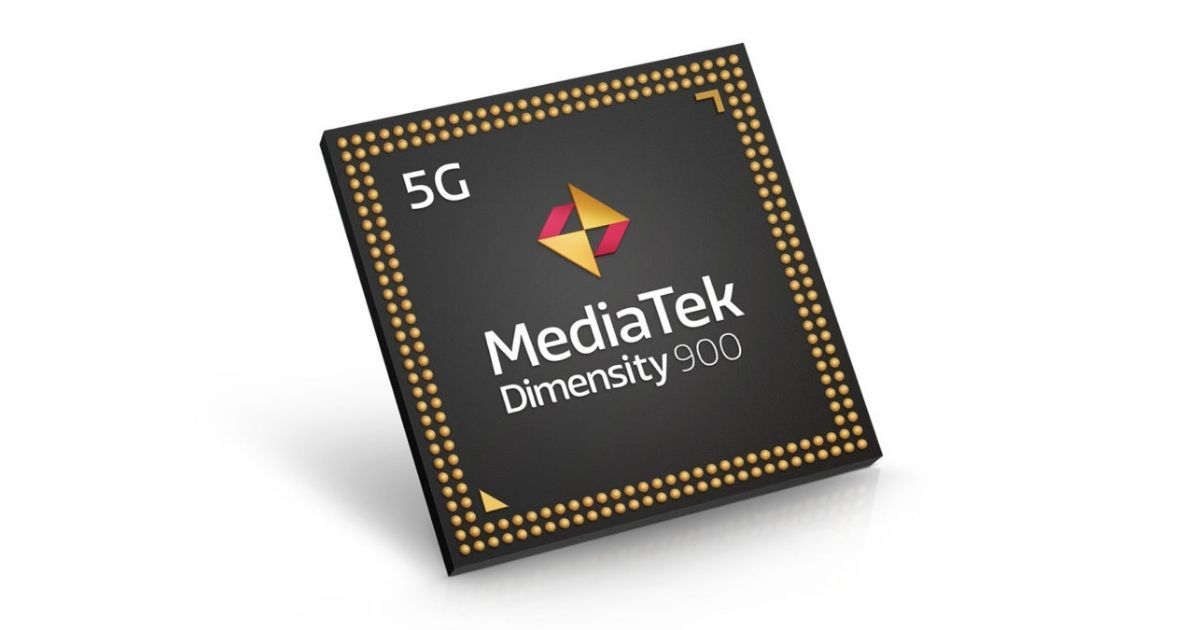 The Dimensity 900 is the latest offering from chipmaker MediaTek, which has been doing pretty well with its Dimensity range of chipsets. The new chipset is an octa-core SoC developed using a 6nm process, similar to the flagship Dimensity 1200. The company has been outing plenty of 5G chipsets, both for mid-range and flagship smartphones. It was apparently the biggest mobile chipmaker last year, even overtaking Qualcomm. The Dimensity range has really put MediaTek on the map.

The latest chipset from MediaTek, the Dimensity 900, is another 5G offering for mid-range and upper mid-range smartphones. It is a 6nm octa-core chipset, which features two Cortex-A78 cores, and six Cortex-A55 cores. These are obviously not your high-end CPU cores that are seen on flagship chipsets, and that’s perfectly okay. The Dimensity 900 is designed for mid-range devices, and also offers 5G connectivity. It gets the Mali-G68 MC4 GPU, which should offer adequate gaming performance for most users. 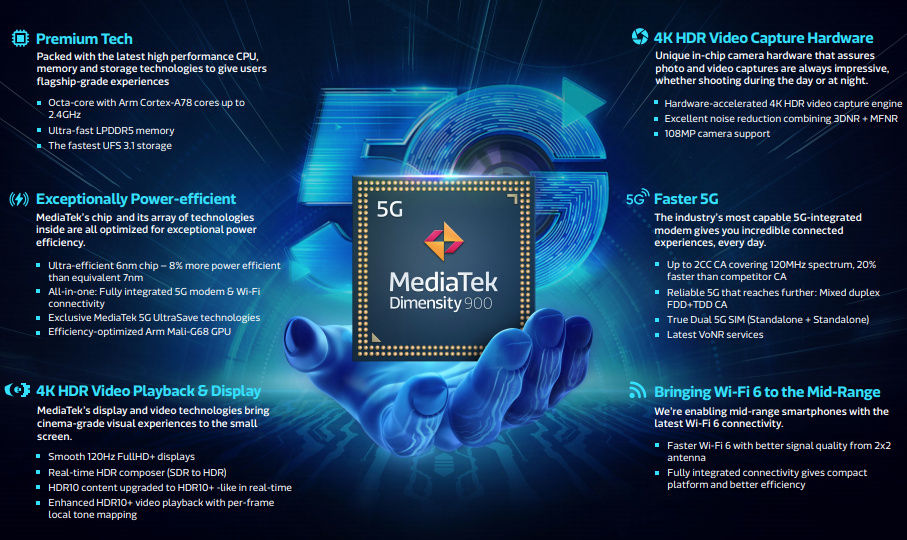 As mentioned earlier, the Dimensity 900 is a 5G chipset and supports sub-6GHz bands that can top at 2.77Gbps for downloads. It also comes with dual 5G SIM support, Bluetooth 5.2, and the latest dual-band Wi-Fi 6 connectivity. The chipset will also offer support for single cameras of 108-megapixel resolution, dual 20-megapixel cameras, and up to a total of four camera setups. You also get 4K HDR and 4K 30fps video recording capabilities, which is good enough for a mid-range smartphone.

The SoC features a third-generation APU for machine learning and supports display with up to FHD+ resolution, 120Hz refresh rate, HDR10+, and AV1 codec. It’ll get some premium features such as the MediaTek’s Imagiq 5.0 ISP, MiraVision, AI-camera, and HyperEngine gaming engine. This is all we know for now, regarding the specifications of the chipset. MediaTek stated that smartphones using this SoC are expected to arrive in the second quarter of 2021.