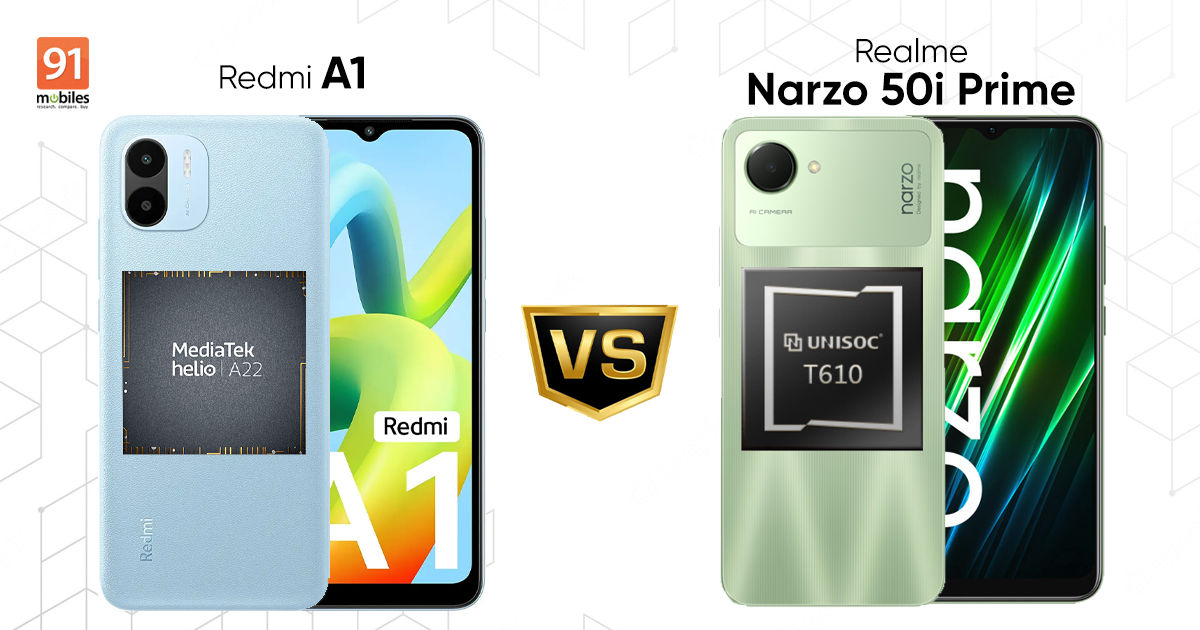 Xiaomi might have discontinued the A series after the Mi A3, but the series was revered by Android purists because it offered a stock Android experience at a wallet-friendly price point. Last week, its sub-brand Redmi revived the A series with the launch of the Redmi A1. Launched alongside Redmi 11 Prime 5G and Redmi 11 Prime, the Redmi A1 is one of the most affordable smartphones that deliver a clean Android experience with Android 12. Add to it, its price of Rs 6,499, and the device becomes quite compelling. It also promises good performance with the MediaTek Helio A22 chipset ticking inside.

Considering Xiaomi’s and Realme’s rivalry plays out in every segment, it’s interesting to see that Realme has recently announced the iterative upgrade to the Narzo 50i in the form of the Realme Narzo 50i Prime. If you are wondering which of these two newly launched phones you should pick, we compare the Redmi A1 and Realme Narzo 50i Prime to help you with the answer.

Both the Redmi A1 and Realme Narzo 50i Prime have a 16.5cm (6.5-inch) LCD panel. The screen resolution is the same too – 1,600 x 720 pixels. The smartphones also have a waterdrop notch on the top to house the selfie camera, ensuring minimal distraction while scrolling Twitter, watching movies, or interacting with the display for various other tasks. The A1 also supports a 120Hz touch sampling rate. 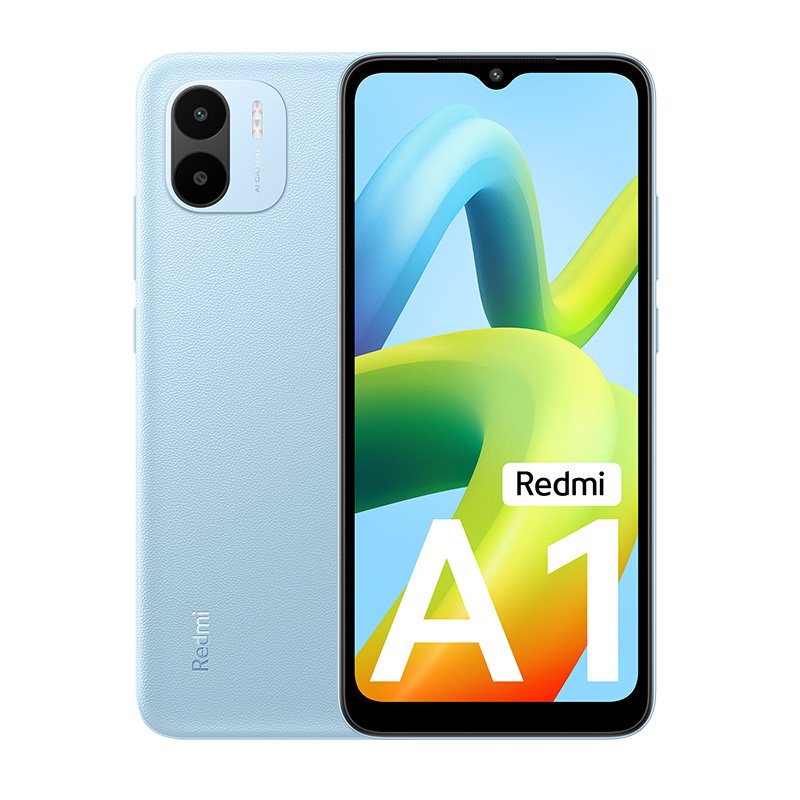 Dimension-wise, these phones are nearly identical, though the Narzo 50i Prime is slightly thinner at 8.5mm (vs 9mm thickness of the Redmi A1). These handsets tip the scales at around 190g. The in-hand feel of both smartphones is at par with each other too. However, while the Narzo 50i Prime has a glossy finish at the rear, Redmi’s offering features a unique leather texture finish on the back that feels premium to the touch. Not to mention that it helps in keeping the fingerprints at bay, and will immediately grab the attention of those around you.

Coming to the core specs of these handsets, the Realme Narzo 50i Prime is powered by the UNISOC T612 SoC, accompanied by up to 4GB RAM and 64GB storage. The octa-core chipset is clocked at up to 1.8GHz. As for software, the phone boots Realme UI R Edition based on Android 11.

In comparison, the Redmi A1 features the MediaTek Helio A22 chipset along with 2GB RAM and 32GB storage. While the Helio A22 features a quad-core processor, it’s tuned at up to 2.0GHz. Out of the box, the handset features the latest Android 12 that offers a clean software experience. 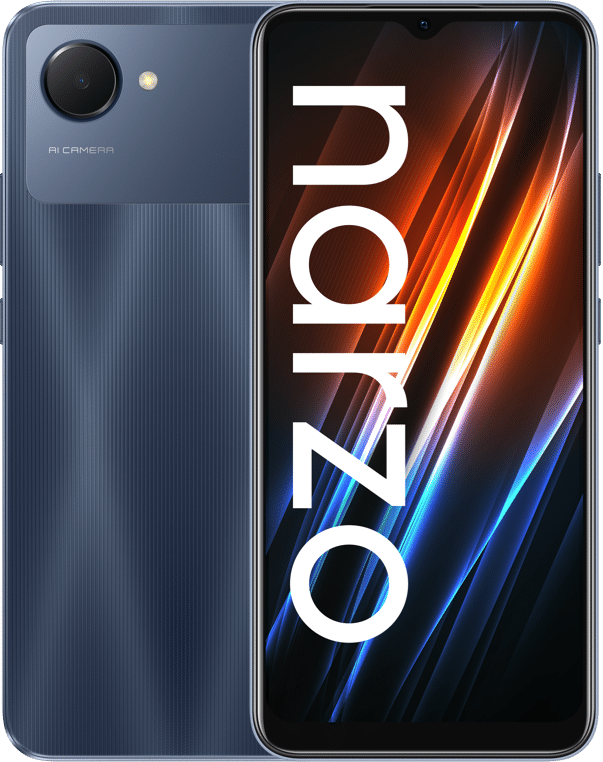 These phones support expandable storage as well, thanks to the inclusion of a dedicated microSD card slot. While the Realme Narzo 50i Prime might seem to promise slightly better performance at least on paper, the clean Android experience makes the Redmi A1 a clear winner between the two.

Imaging capabilities are one of the critical buying factors for the Indian consumer. The Realme Narzo 50i Prime features an 8-megapixel primary camera on the back. Users would get the usual features like Beauty, Filter, HDR, Panoramic view, Portrait, Timelapse, Expert, Super Night, and more. On the front, the phone has a 5MP shooter for selfies and video calling.

The Redmi A1 also features a similar combination of an 8MP primary camera on the back and a 5MP selfie snapper upfront. However, at the back, the smartphone gets a secondary AI lens that enables portrait photography.

The Redmi A1 and Realme Narzo 50i Prime are powered by a massive 5,000mAh battery. This should ensure a good backup, and when you do need to charge the devices, the support for 10W fast charging ensures that they can be juiced up quickly. 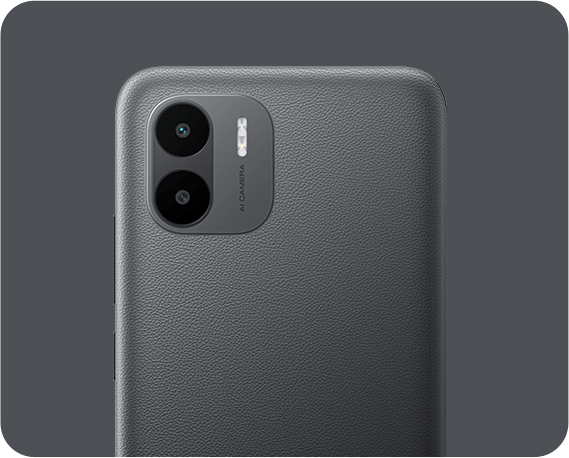 As you can see in our comparison, the Redmi A1 has an edge over the Realme Narzo 50i. You get a more premium leather hand-feel and dual rear cameras. A clean Android 12 interface also acts in its favour. What seals the deal is the price of the Redmi A1 – available at Rs 6,499, making it ultra-affordable. That’s not it, if you purchase it during the festive season, then the Redmi A1 could be yours for just Rs 5,849 by using bank and other offers. All said and done, the Redmi A1 clearly provides a better bang for your buck than the Realme Narzo 50i Prime which is priced at Rs 7,999 for the 3GB RAM variant. While its 4GB RAM model will set you back by Rs 8,999.