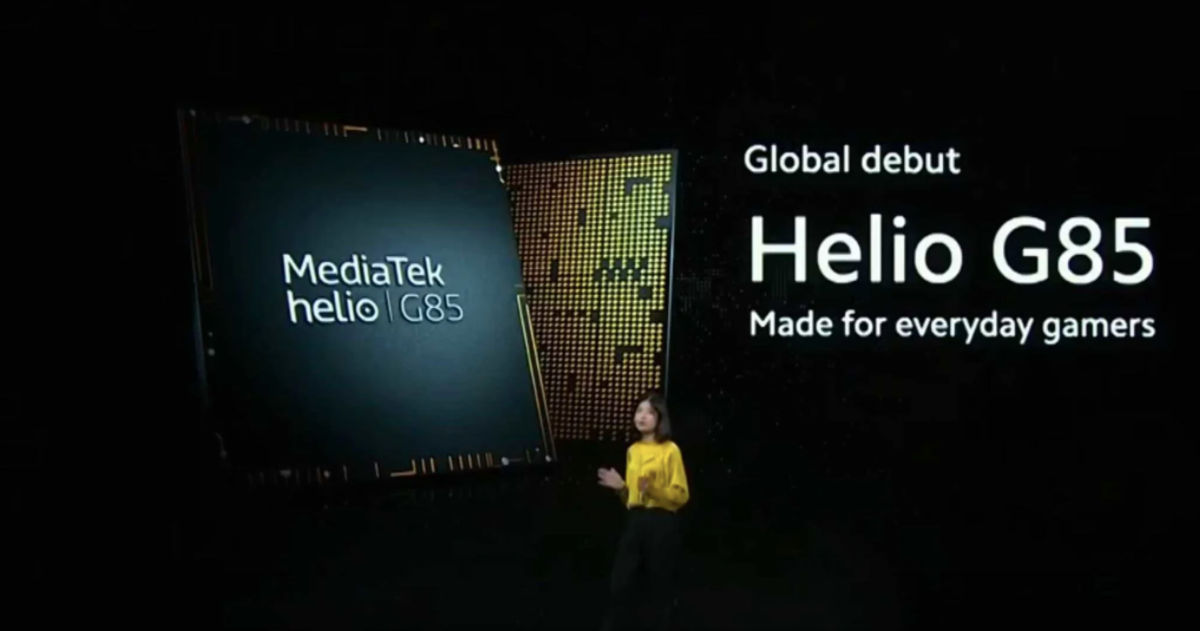 Redmi Note 9 is the world’s first smartphone with MediaTek Helio G85 chipset. It’s the latest budget-centric chipset from MediaTek, succeeding three-months-old Helio G80. While the company has been mum about the chipset’s specifications, Xiaomi in the Redmi Note 9’s launch presentation revealed a handful of details about the G85. The new chipset rocks the same cores and GPU as its predecessor. This means that there won’t a very noticeable difference in terms of performance of these chipsets. The GPU performance would be slightly better as the Helio G85’s Mali G52 MC2 is clocked slightly higher at 1000MHz compared to 950Hz on G80.

The MediaTek Helio G85 is forged using 12nm manufacturing process. It packs 2x Cortex-A75 cores clocked at 2.0GHz and 6x Cortex-A55 cores. The clock speed of these cores remains unknown at the moment. The chipset is paired with Mali G52 MC2 GPU to take care of the graphics side of things. MediaTek is yet to release the full spec sheet of the new chipset so details about its NPU, ISP, camera, display, and connectivity options are vague at the moment. The Redmi Note 9, to recall, is the new Note 9-series smartphone from the brand launched only in Europe yet. The handset is placed below the Redmi Note 9 Pro and Note 9 Pro Max, which made their debut in India back in March. The Redmi Note 9 specifications include a 6.53-inch FHD+ DotDisplay, MediaTek Helio G85 chipset, 48MP quad rear cameras, 13MP front camera, 5,020mAh battery, and 18W fast charging support. The phone boots Android 10-based MIUI 11 out of the box.