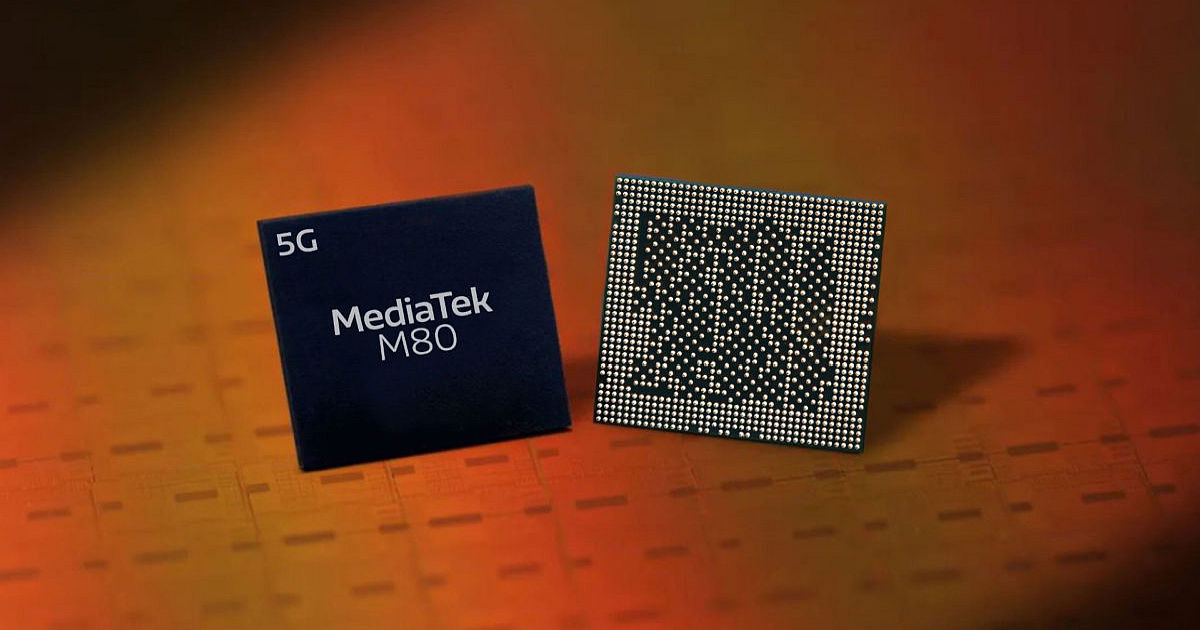 MediaTek has unveiled a new 5G modem called the Helio M80. Unlike its previous-generation offerings found on Dimensity-branded chipsets, this particular modem is compatible with faster, but less-reliable mmWave 5G networks. Some key MediaTek Helio M80 features include eight component carriers (8CC), Sub-6 GHz and mmWave dual connectivity and carrier aggregation, and Dynamic Spectrum Sharing (DSS).  The MediaTek Helio M80 also supports dual 5G SIM, dual 5G NSA and SA networks, and dual Voice over New Radio (VoNR) for more reliable connectivity. However, it will be some time before we get to see the modem in action. MediaTek says that the Helio M80 will be launched ‘later this year’ and is expected to make its debut alongside a smartphone sometime in 2022.

The MediaTek Helio M80 can achieve download speeds of up to 7.67Gbps. Upload speeds max out at 3.76Gbps. MediaTek says that it plans on launching several 5G-enabled gadgets including smartphones, PCs, Mi-Fi hotspots, broadband customer premise equipment (CPE), industrial IoT applications, and more. It has plans to enter the ACPC (always-connected PC) space too, with its upcoming MediaTek T700 modem. There are several 5G hotspots in the works too, powered by its MediaTek 750 modem.

Connecting to a 5G network over mmWave is fairly battery-intensive. That is where the MediaTek Helio M80’s UltraSave Network Environment Detection and UltraSave OTA Content Awareness technologies come in. They allow connected chipsets to dynamically adjust power configuration and operating frequency based on the network environment. The Helio M80 also integrates MediaTek’s Dynamic Bandwidth Part (BWP) technology that dynamically allocates bandwidth based on the workload.

Until now, access to mmWave 5G networks have been restricted to a handful of high-end flagship smartphones that run top-of-the-line Samsung and Qualcomm chipsets. The MediaTek Helio M80 will allow relatively affordable smartphones to connect to mmWave networks, something that is essential for the spread of 5G networks in the future.